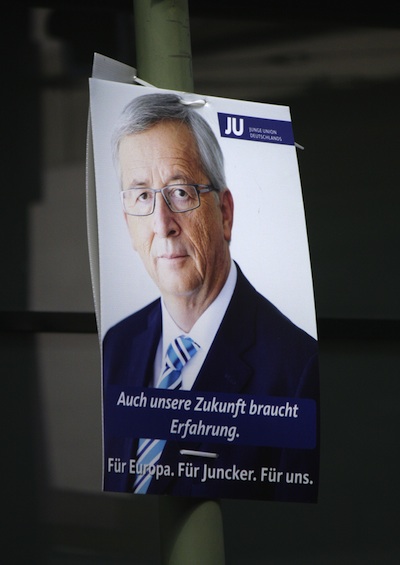 They cannot yet do anything, but the 19 new men and nine women who will become the executive committee of the European Union as of November 1 look like a fresh and interesting mix.

The new EU Commission certainly looks like the most interesting since the Delors era (1985-1995). After the two Barroso Commissions between 2004 and 2014, where drift and endless crisis management seemed to predominate, this is a fresh start for Europe.

The new EU Commission president, Jean-Claude Juncker, has pulled off a neat balancing act in forming this new Commission.

Juncker did not manage to stay so long at the top of Luxembourg politics, nor serve as a Eurozone chair for so long or segue effortlessly into being president of the Commission without having some very acute political skills.

Foremost among these are compromise, coalition and consensus. They served him well as Luxembourg was transformed from a sleepy steel and coal duchy into one of the world’s advanced financial services nations.

The lady to fight Google

Margarethe Vagester, the Social Liberal from Denmark, has got the key job of EU Competition Commissioner. She has a dossier full of big issues and conflicts. An important part of it are the endless complaints about Google crushing European start-up companies with the quasi-monopoly power of its universal search engine that guides everyone to other Google products and block competitors.

The outgoing Commissioner, Spain’s Joaquin Almunia, has not been able to find a settlement that remotely satisfies those with serious complaints about Google.

There is a serious case for treating Google like AT&T in 1982 or even Standard Oil in 1911. Will the new Danish EU Competition Commissioner be the EU’s first big trustbuster?

Another challenge is energy and weaning Europe of its dependence on Russian oil and gas. That job has gone to a Spanish conservative, Miguel Canete. He may actually have difficulties being confirmed by the feisty European Parliament because of remarks about the intellectual ability of women.

Given the still disproportionally small number of women in the new European Commission, accusing women of not being smart is, well, not smart.

The shift of power to East Europe with Donald Tusk as European Council president and a raft of Commissioners from the Baltic States, Romania and Poland getting key jobs is fascinating.

The English media are proclaiming a great victory for London and the City in the appointment of Jonathan Hill as Financial Services Commissioner. Hill was an effective Conservative Party operator, close to Prime Minister David Cameron and sent to Brussels to try and help keep Britain in the EU.

From Juncker’s perspective, Hill is the perfect fit – a quality Tory professional from the City, the world’s most sophisticated financial center. The new Commissioner understands perfectly the needs of Luxembourg bankers, as well as other under-the-radar banking sectors like Vienna and the Channel Islands, as well as British and Dutch off-shore money-makers in today’s globalized financial world.

Dubai, Singapore and other city-states are trying hard to get more financial services out of the hands of Europe. Hill is the right man to keep the business of money in the hands of the EU.

Elsewhere in the new Commission, there is a fascinating tandem in Franz Timmermans, the Dutch Foreign Minister, and Pierre Moscovici, who was France’s Finance Minister until March.

Over the last 15 years, the Dutch and French social democrats have been in the forefront of rethinking what modern left politics should be. Both are tireless and, with their impeccable English, can serve as bridge builders between the different left parties in Europe.

Some observers, such as Libération’s Brussels guru, Jean Quatremer, consider Timmermans an Anglo-Saxon puppet. I beg to disagree. As a minority member of Mark Rutte’s government, Timmermans clearly has had to support the harder fiscal line pursued by the Hague.

And while Timmermans favors more authority for national parliaments in Europe, he has never adopted the tone or demands of British Tory Eurosceptics. He has consistently argued for a more integrated Europe as the basis for a Europe devoted to reform and economic growth.

Moscovici as EU Commissioner for Economic Affairs has a wide brief, but little power to force EU member states to change policy. His will be a bully pulpit role. Juncker, in giving the center left such key positions, is reinforcing the Grand Coalition nature of his Commission.

In addition, Mr. Juncker is taking an important risk with setting up Vice Presidents as kind of supervisory Commissioners. They do not have legal power under EU Treaties to tell fellow Commissioners what to do and it will be interesting to see how this long-demanded idea of streamlining the Commission into senior and junior Commissioners works in practice.

Right now, no one in Brussels really knows who is going to have power, or use power, or be seen as an effective change-maker.

Will Juncker’s mix of picks for the top of the European Commission work? That depends on whether this team can engineer a return to growth, innovation and confidence in Europe. And that, in turn, depends on national governments.

Jean Claude Juncker and his 28 merry men and women in Brussels may be nominally in charge of Europe, but the real boss remains Angela Merkel in Berlin.

After two Barroso Commissions, where drift and crisis management predominated, this is a fresh start for Europe.

Juncker and his 28 men and women may be nominally in charge of Europe, but the real boss remains Merkel in Berlin.

Juncker, in giving the center left such key positions, is reinforcing the Grand Coalition nature of his Commission.

After two Barroso Commissions, where drift and crisis management predominated, this is a fresh start for Europe.

Juncker and his 28 men and women may be nominally in charge of Europe, but the real boss remains Merkel in Berlin.

Juncker, in giving the center left such key positions, is reinforcing the Grand Coalition nature of his Commission.