Will NATO be bale to play renewed substantial role after the fallout over Iraq? 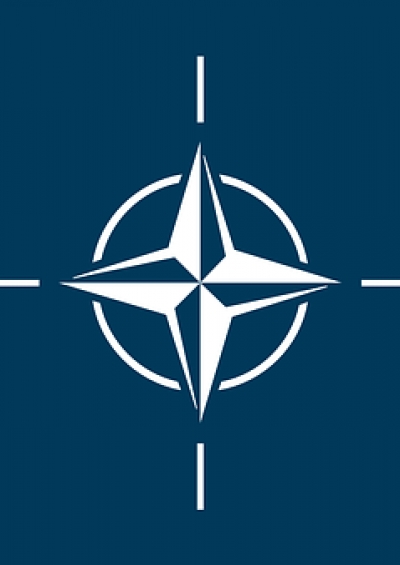 After a bruising fight among long-time allies about going to war with Iraq, NATO — the North Atlantic Treaty Organization — seemed to be on the ropes. Is the Western alliance really a punched out boxer, as its critics claim? Or does it have a future? U.S. Secretary of States Colin Powell provides his perspective in this Globalist Document.

This great alliance, which has kept the peace for more than fifty years, is more than a treaty for collective defense. It is the central organizing force in a great web of relationships that holds North America and Europe together.

It represents a community of common values and shared commitment to democracy, free markets and the rule of law. This was never more evident than on September 12, 2001.

This value has been particularly noticeable given current circumstances wherein some on both sides of the Atlantic are questioning the health of the Alliance and the solidity of the transatlantic relationship.

I do not want to minimize the challenges that the relationship faces today as we attempt to shape both it and the Alliance for a world no longer fenced off by the Cold War.

In February we had a bruising debate in NATO over providing assistance to Turkey. In the end, we achieved our goal of providing support for Turkey's defense.

Make no mistake. The disagreement was serious, and our delay to Turkey’s request damaged the credibility of our Alliance. Likewise, outside of the Alliance, we have come through another bruising battle, this one at the UN Security Council over Iraq.

This battle included five current and one future member of NATO. This too has raised troubling voices about the long-term health of the Alliance.

But now that the war in Iraq is over and the defensive measures taken in Turkey are ended, we can look back at these disagreements and debates with dispassion — and against the backdrop of almost half a century of solid cooperation.

Let’s be clear. One of the challenges we face is understanding the threat.

September 11 burned itself irrevocably into the mind of every American. To say international terrorism is just another threat is to defy the instinctual reality that every American knows in his or her heart and soul.

Every American who watched the World Trade Towers burn, crumble and disintegrate, with thousands of people inside, and who watched the Pentagon in flames, knows what terrorism can bring to our homeland.

That reality leads Americans to conclude that terrorism must be eradicated — especially the terrorism that seeks nuclear weapons, and other means of mass destruction.

Some in Europe see it differently. Some see terrorism as a regrettable but inevitable part of society and want to keep it at arm’s length — and as low key as possible. It is our job to convince them otherwise. This is a threat we share and must combat together — indeed, can only combat together.

Of course there will be disagreements. But the United States must continue to lead NATO to ensure our collective security, as we have for more than 50 years.

But we must not forget also that we are democracies in NATO. None of us follows blindly. We debate. We disagree. On those occasions when we disagree, we roll up our sleeves, put our heads together, and find a way to work things out.

At the end of the day, that is our great strength. And that is why the transatlantic link will not break. The glue of NATO is too strong and holds us too fast to let it break.

So I caution those who, yet again, will write about the demise of NATO. We heard this story after the collapse of the Soviet Union and the end of the Cold War. We heard it during the troubled times in the Balkans.

I give naysayers of NATO credit for their persistence — but they are persistently wrong. Any alliance that countries are knocking on the door to get into is anything but dead.

After the heated debate over Turkey, Secretary General Robertson said the damage done to NATO was a hit above the waterline, not below. The same can be said about the fall-out on NATO from the debate in the UN Security Council over Iraq.

Nevertheless, NATO must continue to adapt to changing circumstances. It must address the challenges central to this era: rogue states, terror, weapons of mass destruction.

Increasingly NATO members will have to be prepared to focus their energies beyond Europe — a reality that will require that member nations possess military forces with the capability to go and fight beyond Europe. The Alliance will recover. We will persevere. We must.

Adapted from testimony before the Senate Foreign Relations Committee on April 29, 2003. For the full text of Secretary Powell’s testimony, click here.