Would debt relief help Nigeria, led by reformers, through a particularly fragile situation?

Would debt relief help Nigeria, led by reformers, through a particularly fragile situation? 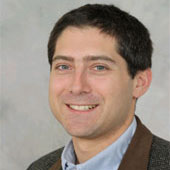 A new anti-corruption drive by President Olusegun Obasanjo appears to be accelerating, including the recent sacking of two cabinet ministers and the arrest of several former officials.

But their success in breaking the stranglehold of patronage and graft that stifles political and economic development in Nigeria is far from certain.

They face hostile nationalist and populist factions in parliament — and they are challenging powerful and deeply entrenched interests who are trying desperately to stop them.

One of the major blockages to reform is Nigeria's $33 billion in external debt. President Obasanjo has been asking the creditors for debt relief for the past six years, but with no success to date.

Now, Nigerians are asking why they should endure more reforms if the creditors are refusing to budge. They see many of their neighbors receiving debt relief — and they increasingly feel held to a double standard.

In April 2005, the debt crisis nearly boiled over when the lower house in parliament passed a resolution unilaterally repudiating the debt — potentially creating a confrontation between the government and major creditors.

Nigeria's creditors must now help Obasanjo and Okonjo-Iweala succeed by finding a solution to the debt stalemate. Fortunately, there is a brief window of opportunity arising over the next few months — the conditions are ripe for a deal.

For now, the reformists in Nigeria have the upper hand. The government has also managed to use high oil prices to build reserves, “saving” about $10 billion so far.

Creditors are once again strongly interested in African poverty and debt, especially with the run-up to the G8 Summit at Gleneagles in July 2005 and the UN Summit on the Millennium Development Goals in September 2005.

These factors suggest that Nigeria could use its oil windfall to buy back its outstanding debt. Two-thirds of the money is owed to just four creditors — the governments of Britain, France, Germany and Japan.

The remaining issue is how much of a discount for a buyback is reasonable. The Nigerians could plausibly argue that they should pay no more than $0.33 on the dollar.

That is what they should have gotten from the Paris Club already, had the country not been disqualified from “Naples terms” for debt relief — a very generous discount awarded to the poorest countries — because of a technicality related to its status within the World Bank.

Nigeria could also argue that Iraq received an 80% reduction of its external debt, even though it is a much richer country. In that light, one could even argue that Nigeria should only have to repay $0.20 for each dollar of its debt.

A final push is now needed to get the major creditors to agree to a deal, somewhere between the 67% and 80% discount rates.
Other than a buyback agreement, it could also be possible to fix the status issue at the World Bank, which prevented a Paris Club deal. Such a step would allow Nigeria to be treated like any other poor country. Fortunately, there is strong case for reclassifying Nigeria — and the World Bank is reportedly considering such a move.

By either route, the rationale for cutting a debt deal with Nigeria is in some ways unique. The justification for most debt relief — such as the heavily indebted poor countries (HIPC) initiative or the sentiment behind the Jubilee campaign — was that scarce resources were better spent on social services than debt service.

This rationale probably does not apply to Nigeria, since the country's debt level is not that high relative to its economy — and, because of its oil riches, its financial resources are not limited.

But there is also a strategic reason for debt relief that fits Nigeria well. By this line of thinking, debt relief may be a boost to a country coming out of conflict — or undergoing a fragile transition.

The debt is thus reduced because donors do not want the debt itself to stand in the way of a recovery. In this sense, the case for debt relief for Nigeria is more like that of Iraq, Russia or the Democratic Republic of Congo — and less like that of Mali or Ghana.

There are other reasons creditors might look favorably on agreeing to a discounted buyback. For example, Nigeria's debt may have a face value of about $33 billion, but its actual value — given the risk of further default — is much less.

This suggests that, even at a steep discount, it is probably a good financial deal for the creditors — especially those that may have already discounted their internal valuation.

More generally, the reason many poor countries piled up so much debt was that they continually over-borrowed and then misspent the funds, leaving them unable to pay the debt back and requiring HIPC.

In Nigeria's case, the country simply did not over-borrow. Most of its debt is based on small disbursements in the early 1980s and the subsequent arrears, penalties and export credit defaults accrued by military dictators between 1984-99.

This is not to say Nigeria's debts are "odious" — but rather that Nigeria has historically not been a profligate borrower. It’s just that the kleptocrats who ran the country for 15 years failed to pay their bills, allowing the debt to snowball.

Despite these good reasons on both sides for finding a solution, there are several barriers still blocking a deal. Most importantly, some creditors are hesitant even to consider Nigeria for any kind of concessional debt arrangement because of its oil wealth.

It is true that Nigeria produces the most oil of any African country, but it also has by far the most people — nearly 130 million. In all, Nigeria's oil income amounts to barely $0.50 per person per day. Nigeria is indeed oil-rich, but it is still a poor country.

Another potential pitfall is Nigeria's creditor profile. On the one hand, it helps that the lead creditor — the United Kingdom, along with some of the smaller ones, such as the United States — is in favor of cutting a deal.

Both of these creditors also have strong historical and trade ties to Nigeria. Yet, some of the other crucial European creditors may not be taking the same view, seeing a debt deal for Nigeria as costing them — but primarily benefiting others.

However, before refusing to strike a deal with Nigeria, all the creditors should consider the alternative. Nigeria is Africa's most populous country and home to one in five Africans.

It is a nascent democracy and is still a troubled and troubling microcosm of transnational threats to global security — drugs, disease, crime and Islamic radicalism.

Mitigating those threats requires a functioning state allied to the West. Thus, if the debt is a major barrier to helping Nigeria back on track, then it is also in the West's interest to find a solution.

Indeed the stakes for everybody are potentially huge. If things fall apart, it would not only create a humanitarian emergency inside Nigeria, but also unleash a security nightmare well beyond its borders.

In the next days, weeks and months, as negotiators sit down to hammer out a deal acceptable to all sides, they must not be blind to the risks or shortsighted about the costs.

The major creditors must not let the debt become a stumbling block to progress in Nigeria — and lose this vital opportunity to help Africa's unstable giant help itself.

The Past and Future of U.S. Competitiveness