What steps can be taken to slow the world’s population growth without engaging in “population control”?

What steps can be taken to slow the world's population growth without engaging in "population control"? 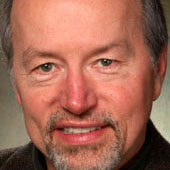 If most or all of the nine population strategies outlined below were put into effect, global population likely would peak — and subsequently begin a gradual decline before 2050. That would help ensure the sustainable development of natural resources, as well as overall global stability, into the future.

And none of the nine strategies proposed below echoes the language, or adopts the approaches, of “population control,” or the equally inappropriate idea that anyone should pressure women and their partners on reproduction.

Rather, implementing these policies defends human rights, promotes education and reflects the true economic and environmental costs of childbearing.

Provide universal access to safe and effective contraceptive options for both sexes.
Two in five pregnancies are reported as mistimed or never wanted. In addition, the lack of access to good family planning services is among the biggest gaps in assuring that each baby will be wanted and welcomed in advance by its parents.

Eradicate gender bias from law, economic opportunity, health and culture.
Women who can own, inherit and manage property, divorce, obtain credit and participate in civic and political affairs on equal terms with men are more likely to postpone childbearing. They also have fewer children compared to women who are deprived of these rights.

Offer age-appropriate sexuality education for all students.
Data from the United States indicate that exposure to comprehensive programs that detail puberty, intercourse, options of abstinence and birth control, and respecting the sexual rights and decisions of individuals can help prevent unwanted pregnancies and hence reduce birth rates.

Integrate lessons on population, environment and development into school curricula.
Refraining from advocacy or propaganda, schools at multiple levels should educate students to make well-informed choices about the impacts of their behavior, including childbearing, on the environment.

Put prices on environmental costs and impacts.
In quantifying the cost of an additional family member, which can be done by calculating taxes and increased food costs, couples may decide that the cost of having an additional child is too high.
The benefits of a smaller family that might receive government rebates and have a lower cost of living would then become more readily apparent. Such decisions, freely made by women and couples, can decrease birth rates without any involvement by non-parents in reproduction.

Adjust to an aging population instead of boosting childbearing.
Such a change in government incentives and programs would help to adjust population aging in the correct manner. It must be met with the needed society-wide adjustments, such as increased labor participation, rather than by offering incentives to women to have more children.

Convince leaders to commit to stabilizing population growth.
This is an exercise in the proper use of human rights and proper human development. By educating themselves on rights-based population policies, policymakers can ethically and effectively address population-related challenges by empowering women to make their reproductive choices.

The author appreciates the research assistance by Kathleen Mogelgaard.