On the Politics of Financial Meltdowns, Part II 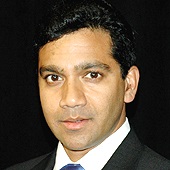 Recently, a new IMF study examined 124 episodes of “systemic banking distress” (defined as situations where all bank capital is wiped out) in 102 countries. Using these data, along with available information on governmental characteristics of these countries, some lessons can be learned from the experiences of those countries.

In addition to the first and second lessons (see Part I), the third lesson is that governments will be unable to protect the most vulnerable.

In over two-thirds of the crises, devaluation, capital flight and austerity measures produced wage and income declines that persisted for more than three years.

Although IMF lending typically included agreements to maintain spending levels for certain basic services, these crises were wrenching events for affected households. Who took a hit?

The evidence varies. In Latin America, crises often squeezed the poorest. In the Asian cases it was the so-called “striving classes” — the lower-middle income, upwardly mobile households, who were pushed back into poverty (at least temporarily).

But governments everywhere, despite their best intentions, are generally ill-prepared to help the hardest-hit groups, whoever they may be.

There is some evidence from crisis economies in the 1990s that, post-crisis, tax and expenditure patterns actually became more regressive, not less.

The fourth lesson is that backlashes do not necessarily mean a turn to the left, but center-left governments are more likely to limit economic collapse.

Based on the third lesson, and given that vulnerable groups outnumber those that escape from harm, one might expect strong anti-market backlashes to be followed by the resurgence of left-wing movements.

While it is plausible that systemic financial distress laid the groundwork for leftist strength after several years — Latin America’s turn to the left in the 2000s being an example — the evidence for leftward movements in the immediate aftermath of crises is slim.

In only 32 out of 121 cases for which there is information did governments move to the left inside three years after the crisis started.

Surprisingly, countries that were ruled by leftist parties at the start of the crisis and/or three years afterwards suffered less of an output collapse.

On average, countries in which the executive was in the hands of left-wing parties at any time during the crisis suffered an output collapse of 14%, while for non-left governments’ output fell 20%.

An examination of financial recovery in several countries suggests that labor-supported parties serve as an effective check on corporate excess.

In retrospect, recovery programs that were designed and implemented without formal support from key labor constituencies seem to have been prone to political stalemates at later dates, when the electoral landscape for the party in power may have changed.

By contrast, in countries such as Poland and Korea, labor-friendly governments managed to obtain considerable support for recovery programs up front.

The pattern suggests that the Chilean crisis in the 1980s is an exception to the rule, as Chilean authorities did not consult — and indeed excluded — both employers associations and labor from the financial restructuring program.

The fifth lesson is that centralized asset-recovery regimes have a poor record. It should be noted that government purchases of bad assets was rare — used only in Mexico, Japan, Bolivia, Czech Republic, Jamaica, Malaysia and Paraguay.

Output declines and the gross fiscal cost were approximately twice as large in these countries compared to countries that did not opt for a centralized approach to recovery. Why such a dismal record?

First, by removing bad assets from banks, centralized asset-management units (AMUs) do not force institutional “learning” where it is needed most — namely, in the core lending practices of financial institutions.

In the Czech Republic, for example, banks continued to make bad loans long after most of their bad debt burdens were removed and placed in a “hospital” bank. Second, AMUs are prone to bureaucratic misuse and corruption and rarely die when their missions have been completed. AMUs, once created, tend to perpetuate themselves, usually through a coalition of bankers and bureaucrats who support their continuation.

Third, AMUs, as all state-owned agencies, are susceptible to external political pressures, as well as intra-governmental disputes and turf wars that limit their effectiveness.

On the Politics of Financial Meltdowns