Can a collective effort between consumers and industry help us to meet the world’s energy challenge?

Can a collective effort between consumers and industry help us to meet the world's energy challenge? 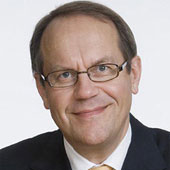 Fossil fuels will remain the dominant source of energy for decades to come. So, in our battle against greenhouse gas emissions, reducing CO2 in the fossil fuels chain, especially with regard to coal, will be crucial.

That is why CO2 capture and storage, or CCS, could become important. This process involves separating CO2 from industrial and energy sources. And it requires transporting it to a storage location — and injecting it into geological formations for the purpose of keeping it out of the atmosphere for the long term.

Another solution pathway is to stimulate the growth of alternative energy. The share of renewables in the global energy mix could go up from its current very low base of about 1% to about 30% by the middle of the century.

The number of wind turbines, for instance, may grow from about 30,000 today to one million — and their capacity will be significantly larger than the ones we have built so far.

The cost of wind energy has dropped by more than 80% over the last two decades, in large part because turbine capacity has increased by a factor of 50 over the last 20 years.

Wind parks can also be built in remote areas with harsh conditions.

In Europe, the trend is for more offshore wind parks, because that is where space is more abundant and the wind tends to be stronger. In the United States, the trend is towards large-scale onshore projects.

Wind turbines, of course, don’t produce electricity when there is no wind. That problem will be addressed when technological improvements allow us to store excess power in cost-effective ways.

Solar energy is relatively clean, but it is still expensive and not competitive without subsidies. And solar panels require a large area to collect solar energy in useful quantities, because of their relatively low energy efficiency.

For instance, if one fitted 20 million roofs in Northwest Europe each with 4.2 meters of standard silicon-based solar panels, this would generate less full time equivalent power than a typical power station fired by gas or coal.

However, next generation CIS thin film technology has lower production costs and uses 100 times less raw materials than silicon based solar panels. Not a bad thing in a resource-constrained world.

Regarding nuclear energy, without going into too much detail, experts tell us that the world will probably need more, rather than less, nuclear energy during the transition period from a high-carbon to a lower carbon energy system.

Einstein said that problems need to be solved at different levels of awareness that created them. That is certainly true, but in the energy industry, investments are worth many billions — and are made for decades. You don’t build a power plant only to tear it down because your level of awareness has changed.

The integration of new technology takes a long time, too. In the consumer goods industry, the lead-time between a new idea and commercial application of a product is roughly five years. In the energy industry, historically, this has taken around 20 years.

This may be one of the reasons why young scientists and engineers are not immediately drawn to a career in the energy industry. That has to change.

We will need many good brains, and many good partnerships with academics and scientists, to make a successful energy transition possible. Without energy, the machine stops.

For companies such as Royal Dutch Shell, that translates into constant innovation — sometimes revolutionary innovation. Back in 1892, a Shell tanker called the Murex shipped kerosene from Baku to Bangkok, reducing the distance for Russian crude deliveries to the Far East by thousands of kilometers.

Specifically, we have been at the forefront of many new technologies and applications, such as liquefied natural gas, turning natural gas into clean transportation fuels (GTL), producing gasoline from heavy tar sands, and converting straw and wood chips into biofuels.

On the pre-production front, Shell has developed the capabilities to explore and produce oil and gas from areas covered by up to 2,500 meters of water. At this level, freezing temperatures are a serious impediment. It causes oil to congeal and natural gas to form ice-like crystals. Inspired by fish, scientists have developed a synthetic version of their proteins, which when fed into deep-sea pipelines, keeps the oil and gas flowing.

In addition, there are new seismic techniques that allow oil explorers to see hydrocarbon deposits covered by kilometers of rock, and snake wells and smart fields technologies enhance the efficiency of oil recovery.

Finally, we have developed a method of converting surplus sulfur into durable construction materials reduces the environmental impact of oil and gas extraction.

Given this large agenda, meeting the energy challenge will have to be a collective effort, involving politicians, scientists, industry and consumers. We need a huge global public-private partnership.

Industry will have to play its role in turning discoveries into usable concepts and products through testing and commercialization — in partnership with the scientific community.

Consumers will have to become more aware of the value of energy and the need to use it sparingly.

Together, we form a global society. And that global society will shape future technology and choose solution pathways, rather than the other way around.

Editor’s note: This article is adapted from a speech given by the author at the Finnish Academy of Sciences on August 31, 2007.

Pathways to Environmental Solutions (Part I)