Preserving China's Autonomy in the Era of Globalization (Part II)

How does China preserve its long-standing customs and traditions in the face of changing worldviews?

How does China preserve its long-standing customs and traditions in the face of changing worldviews? 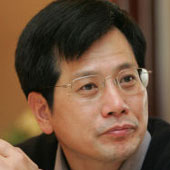 Professor, Peking University Yu Keping is deputy director of the Compilation and Translation Bureau of the Central Committee of the Chinese Communist Party. He is also a professor of politics at Peking University. Mr. Keping is the author of “Democracy is a Good Thing” (Brookings Institution Press, 2009).

At the same time as China has participated extensively in globalization, it has taken several important steps to protect its autonomy.

Foreign corporate control of majority stakes in major companies, and the threat that foreign actors might gain a monopoly on crucial technologies, threatens the prospects for upgrading the country's industrial infrastructure.

Excessive debt owed to foreign entities may bring potentially enormous risks, and increased reliance on foreign capital and trade may weaken China's capacity to protect its economy and citizens from fluctuations in the world economy. The large-scale opening of financial markets may also greatly increase financial risks.

Second, globalization weakens state sovereignty. One of the basic conditions for participating in globalization is to abide by existing international rules, international treaties and agreements. Most of these international regimes have been established in accordance with the interests and standards of advanced Western countries.

To gain the economic benefits brought by globalization, developing countries usually have to make some concessions in administrative jurisdiction, thus weakening their sovereignty.

With advanced Western countries controlling the course of globalization and constructing global regimes, it is inevitable that they will seek also to export their worldviews and value systems along with their capital, technology and products. These worldviews and value systems may clash with Chinese cultural traditions and political order, creating a potential for social and political instability.

On the one hand, China has done everything possible to attract foreign investment. Such investment is usually encouraged by favorable policies on taxes, land and license permits. On the other hand, foreign investment is greeted with considerable caution when it comes to the most important economic sectors of the economy, such as energy, communications, finance, education and mass media.

Controlling the speed of change

The Chinese government has effectively achieved its goal of entering the world economy. At the same time, it has taken many measures to prevent the country from entering too quickly into the process of globalization and thereby destabilizing political and social order.

China has not given up its dominance of economic development for core national interests, even at the cost of slowing down overall economic growth. For example, China has revalued its currency at its own pace, regardless of the great pressures it has been under from the United States and other developed countries to appreciate the value of the yuan more quickly.

Unlike some Western political leaders who downplay state sovereignty in the global age, Chinese leaders make sovereignty the basis upon which all political and economic activities take place, including economic globalization.

Since the period of reform began, the government has also encouraged a revival of traditional Chinese values. In this respect, the opening up to the world has been complemented by an unprecedented promotion of long-standing cultural forms.

Traditional clothing, cuisine, festivals, operas and arts are becoming newly fashionable at the same time as McDonald's, the Internet, Mickey Mouse and the NBA are gaining in popularity.

Vigilance against Westernization and Americanization

In the view of many Chinese, there is a real risk that globalization will lead to Westernization or even Americanization. The government has developed many strategies to prevent this. For instance, Chinese leaders do not wish to imitate a capitalist economic model, and they refuse to adopt Western political systems and core political values.

In acting on this belief, the Chinese government has entered into a wide range of international and regional cooperation arrangements, including becoming a member of the WTO. It has developed a conscious strategy to draw maximum advantage from globalization by improving the education and skills of its officials and promoting its own research and development policies.

While China has engaged fully with globalization, it has also thought strategically about how best to preserve its economic, political and cultural autonomy.

It has protected core economic sectors, retained a political system that fits its needs and society well, and countered cultural globalization by promoting the revival of long-standing ideas, values and cultural practices.

Unlike some Western political leaders, Chinese leaders make sovereignty the basis upon which all political and economic activities take place, including economic globalization.

Professor, Peking University Yu Keping is deputy director of the Compilation and Translation Bureau of the Central Committee of the Chinese Communist Party. He is also a professor of politics at Peking University. Mr. Keping is the author of “Democracy is a Good Thing” (Brookings Institution Press, 2009).

Unlike some Western political leaders, Chinese leaders make sovereignty the basis upon which all political and economic activities take place, including economic globalization.