How to Influence Russian Public Opinion?

Russian social networks are potential channels for spreading the truth about the Kremlin’s corruption and propaganda.

Russian social networks are potential channels for spreading the truth about the Kremlin’s corruption and propaganda. 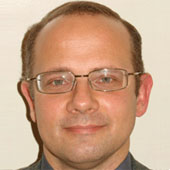 During the past 15 years, Russia’s citizens have been exposed to a relentless demonization of the Western world, purposeful instigation of hatred toward the United States and heavy manipulation of foreign affairs reporting.

This spectacle has been going on full-speed in Kremlin-controlled mass media.

Thousands of cynical politicians, corrupt journalists, irresponsible showmen and bizarre pseudo-experts are telling the Russian people, day after day, how immoral, degraded and dangerous Western civilization and, above all, the United States are.

As a result, the majority of Russians now believe that the West is after them. Russia’s territory, natural resources, civilization and very existence are, according to a widespread belief, under deadly threat from Washington as well as its underlings in Europe and elsewhere.

No surprise thus that the West’s responses to Russia’s foreign adventures, in particular with political and economic sanctions, only heighten the sense of encirclement and paranoia among many Russians.

As a result, public opinion formation in Russia is now designed so that anything that the West does will only intensify the fortress mentality.

As long as the Russian population remains stuck within this parallel world, Russia will continue to be a deadly danger to world peace and humanity’s future – whether with or without Putin.

How to deal with such an intractable situation? After long inactivity, Western countries and organizations have recently started to study and discuss this complex challenge.

The EU has established a so-called East Taskforce Stratcom and started to publish a weekly Disinformation Review which lists most of the Russian mass media lies and half-truths, whether concerning Western policies, Ukrainian affairs or the civil war in Syria.

To counter Kremlin propaganda, a number of new East European web projects, such as the Russian sections of StopFake, Intersection and Meduza, are targeting Russian speakers around the globe.

In addition, a number of major international media companies, such as Britain’s BBC, Radio Liberty or Germany’s DW produce Russian-language content that is aimed to balance the information war that the Kremlin is conducting on a worldwide scale.

Yet, all of these outlets have limited reach and are followed by only a few Russians regularly. They cannot be counted as mass media in the full sense of the word.

As long as it stays this way –all Russian electronic and print media with a wide audience are under the control of a Kremlin dominated by former KGB officers — there is little chance to change the Russians’ mood.

Frustratingly, the world can do little more than wait. We can only hope for a transformation of Russia’s entire political system, after which more objective political mass journalism may become possible or/and reach a wide audience.

There is, however, one channel through which accurate daily information, balanced journalistic reporting, alternative view points and revealing artistic interpretation can be and, to some degree, already is being communicated throughout Russia – social media.

More and more ordinary citizens join various social networks that today play almost as large a role in the public communication of urban Russia as they do in Western daily life.

Although quite a few Russians have signed up to major Western networks like Facebook, Twitter or LinkedIn, most Russian speakers are registered in Russia-based (and predominantly Russian-language) networks.

To be sure, most of the communication on these networks concerns private life, shopping, entertainment, business and other non-political themes.

Yet, these networks – especially VKontakte, as Europe’s largest social network – are also used for sharing of political content. Much of whatever alternative information and interpretation Russians today consume reaches them via social networks.

Not only pro-democratic Russian groups, but also relevant Western organizations, media and European institutions should make better use of those social networks that are popular in Russia.

Reaching out to the Russians

They should register with VKontakte, Odnoklassniki, Moi mir and others, as well as join groups in these networks.

They should translate the material they produce into Russian, and post or share relevant texts, videos, graphs and podcasts in the Russian networks.

Such material could include analyses of Russia’s political system, documentaries on current European affairs, investigations into corruption cases, reports on the Kremlin’s foreign adventures, interviews with prominent critics of the Kremlin, discussion shows on today’s world affairs, and so on.

Obviously, such activity in the “runet” (the Russian language internet and website communities) would trigger counter-reactions from the Russian authorities. Yet, the mentioned Russian social networks are too large simply to be shut down.

Instead, one should expect attempts to delete, discredit and contain sensitive political information. Yet the more such information is fed into Russian social networks, the more difficult it would be to prevent its circulation and reception.

We should also actively spread, via Russia’s social networks, relevant artistic productions like movies, songs, poems and plays that have some political dimension. A particular emphasis should be on those products that use satire, irony and humor.

Much of the content that could be distributed this way does not even have to be especially created. It already exists or is being produced by various media, organizations and groups in and outside Russia, in any way.

Yet, this content apparently does not reach the audience it is made for. With more actively available Russian social networks, we should try as hard as possible that it does.

Much of whatever alternative information Russians consume reaches them via social networks.

Western media organizations should translate the material they produce into Russian.

Much of whatever alternative information Russians consume reaches them via social networks.

Western media organizations should translate the material they produce into Russian.

Can Ukraine Save Itself?