Scotland’s Exit: An Earthquake for Britain

London has already lost in the fight for Scottish independence. 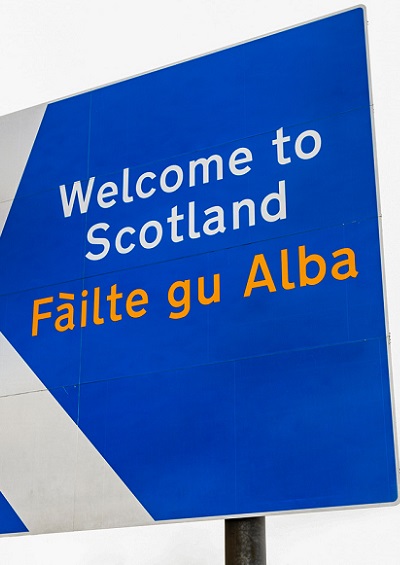 The electric shock going through London political elites cannot be underestimated, as the first opinion poll showing a majority for an independent Scotland is published.

If Scotland does vote to separate from England, it will provoke the biggest political-constitutional crisis for the British state in three centuries. The fused English-Scottish nation that rose to world power after the merger in 1707 — and still remains a powerful economic and military force — will cease to exist.

The separatist camp hopes that the dramatic poll – even if only showing a 51-49% endorsement of independence – gives it the momentum to take Scotland out of the United Kingdom.

The pro-union campaign, for its part, hopes the poll will be a dramatic wake-up call and panic Scottish voters into opting to maintain the existing British state and unified United Kingdom.

Privately, pro-union Scots are dismayed and demoralized. They hope a final surge of common sense will prevail. But unlike before the summer holiday, the poll figures no longer support such a complacent attitude.

Three reasons explain why Scotland separating from England is now a distinct possibility.

1. The Conservatives are a no-show

The Conservative Party is basically not politically present in Scotland. Worse, the posh and wealthy Conservative ministers, all rooted in the south of England, have made it their common rallying call that Britain is a bankrupt nation destroyed by debt and deficit and requiring savage cuts in public services to recover its financial health.

What the Conservatives never realized is that their especially bleak, elitist and untrue depiction of Britain since 2010 has led Scots to question why they should stay in an impoverished Britain where the only political proposition on offer is cuts and more cuts. Cuts on items such as pay, pensions and public provision of health, education and housing.

And that depiction opened the door to a more enticing proposition: Why not look across the North Sea at small Nordic states, which manage to combine economic efficiency and social justice?

The foreign policy blunders of the still youngish, but Old Etonian British Prime Minister also play into the Scots’ calculations. This has not only led to the marginalization of the UK in Europe, but also to problems in Libya or Syria where Cameron urged military intervention.

That, in turn, gave rise to even more jihadi’s in the region – and have further alienated a Scotland that hated Blair’s Iraq war and wants to be more like Sweden in no longer sending sons to die in foreign fields.

Prime Minister Cameron, as well as the other southern elite members of his cabinet, has come to Scotland to campaign. But all they really did was to wag their fingers and patronize the Scots by telling them they cannot survive except as a junior partner to London.

He has organized appeals from aging English celebrities like Mick Jagger and Sir Paul McCartney to tell the Scots they are better off being supervised from southern England. Cameron called the referendum, as he was keen to show the merits on a referendum on Europe. But the mood is now centrifugal, even disintegrative.

2. The Labour Party flunks, too

The second problem in Scotland is that the pro-union Labour Party, which still has an important network in Scotland, has not found a tone to inspire or make exciting the case for the union.

It matters in this regard that, since 1980, all the best and brightest of high quality Labour politicians have made their career in London at Westminster and in national government (until 2010 when the Tories took over the government).

As a result, the Labour Party in Scotland was drained of all talent as the most able Labour politicians sought to head south rather than stay in Scottish politics.

That was water on the mill of the Scottish Nationalist Party. It attracted high-quality, left-liberal politicians whose spokespersons usually manage to outperform in debates the Labour politicians left behind to mind the shop in Scotland.

3. If UK exits from EU, why not Scotland from UK?

The third reason for the current conundrum is the obsession in London to achieve the separation of Britain from the European Union. Many Conservatives and media owners support that cause.

Their argument that Britain can have a radiant future separated from Europe has been absorbed in Scotland like for like. It has now gelled into the majority belief that separation from an interfering power (in this case, the UK) is a desirable and achievable political goal.

If the Scots, including many EU citizens who are registered in Scotland, do vote Yes on September 18th, the consequences will be enormous for Britain, the EU and the world.

In Britain, it will mean the end of any chance of Labour winning power. To date, it has been the disproportionately large contingent of Scottish Labour MPs that has provided the Labour Party repeatedly with a majority in the House of Commons.

Without that supply from up north, the UK is bound to be a long-term bastion of the Conservative Party. That, of course, does not augur well for the UK’s future within the EU.

That aside, both England and Scotland will have to invent new forms of governance and taxation. There may even have to be border checks on the roads going from Scotland to England. There also is the vexing question of what currency the Scots would be using.

Most detrimentally, Mr. Cameron will be seen as the prime minister who broke up the United Kingdom and would almost certainly have to resign after such a historic defeat.

As for the Labour Party, its leaders have been at the heart of the campaign to defeat the separatists. They will likely engage in endless rounds of recriminations, despair and disarray. That futile exercise could last for a generation or more.

The European and the global levels

At the European level, there will be a question of whether Scotland can continue as a member state or whether, as a newly created nation, it has to apply anew for membership of the EU, including adopting the euro as its currency.

The forces for separatism in other EU member states, notably Catalonia, will be greatly encouraged. The chances of Brexit increase as the anti-EU forces in England will cite a Scottish separation from England as a precedent for an English separation from Europe.

At a global level, what is left of England will be seen as a diminished, enfeebled power. The UK’s nuclear submarines will have to find new bases in England and Britain’s military profile will reduce in size.

Some may question whether the permanent seat on the UN Security Council, granted to the victorious United Kingdom at the head of commonwealth nations and imperial possessions in 1945, should be automatically transferred to amputated England.

Tory and Labour leaders in London are now panicking and talking of offering more devolution and powers to Scotland — if only, please, please, they reject independence in the vote on September 18. That offer might have worked years ago, but is probably too late now.

Even if there is a narrow vote to maintain the union, the Scottish separatists will simply declare it to be a half-time result — and come back in due course.

The challenge to the British state as it has evolved since the 1707 fusion of the two nations is now massive. Whatever happens, Alex Salmond, the Scottish nationalist leader, has won and the London political establishment has lost.

Scots are intrigued by small Nordic states, which manage to combine economic efficiency and social justice.

The Conservatives’ elitist depiction of Britain since 2010 led Scots to ask why stay in an impoverished Britain?

Scotland’s independence would be the biggest political-constitutional crisis for the British state in three centuries.

Scots are intrigued by small Nordic states, which manage to combine economic efficiency and social justice.

The Conservatives’ elitist depiction of Britain since 2010 led Scots to ask why stay in an impoverished Britain?

Scotland’s independence would be the biggest political-constitutional crisis for the British state in three centuries.