Why are U.S. southern states so determined not to serve the very real needs of their poor populations?

By Stephan Richter and Carl Bindenagel 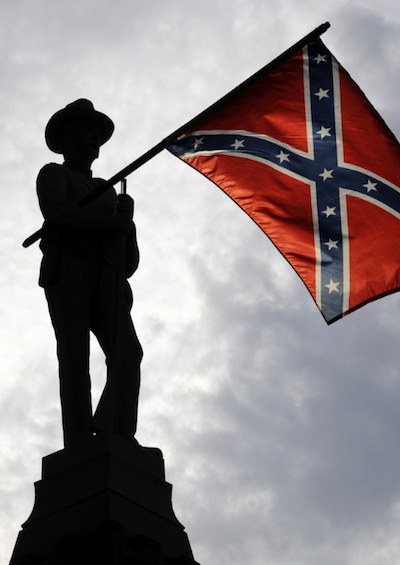 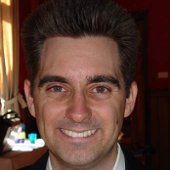 Much has been said about Europe’s north-south divide. But there are also strong north-south divisions within countries themselves, most notably in Italy. The Mezzogiorno, the southern part of Italy, certainly has its own history, distinct cultures and political stances that are at variance with northern Italy.

Part I: A Thanksgiving Reflection

Some Italians in the economically prosperous and productive northern Italy have long harbored doubts about the unification of the northern and southern parts of the Italian peninsula, which was led by Giusseppi Garibaldi in 1859. Equipped with the benefit of hindsight, they no longer see it as a great triumph.

Italy’s Mezzogiorno has historically been both economically poor and inefficient. Corruption is also endemic to the region. In addition, it has traditionally resisted federal policies emanating from Rome, the country’s capital.

In Italy’s Mezzogiorno, though, that resistance is a relative matter. Officials have always been ready to take money from Rome. They even get “creative” with using it in unexpected, preferably untraceable ways.

Let’s consider Sicily, the southernmost and perhaps the most well-known of the Mezzogiorno states. Sicily accounts for 8.4% of Italy’s population and its (official) economy represents 4.6% of Italy’s (official) GDP.

The American South acts and operates much like the Italy’s Mezzogiorno when it comes to economic and political relations with the northern part of the “United” States of America.

The defining history is the Civil War, when the southern states (the Confederate States of America) tried to secede for good from the federal Union (the United States of America). The war was fought over three issues: slavery, the preservation of an agricultural economy (as opposed to the north’s more industrial economy) and local identity.

These days, America’s North-South battles continue. Today, these battles and disputes are more civil in nature than back then. They are mostly fought out over allocations from the U.S. federal budget.

As a general rule, U.S. federal tax dollars are mostly transferred from northern and urban states to southern and rural states. That means, in effect, that the northern states subsidize the southern states. That is also the way in which the South has, in a way, won in its fight with the north.

Subsidizing the South happens not in the least via the “spreading” of military installations and defense production facilities throughout much of the southern states.

For all the attention given to “defending the homeland” — (from what? Invasion by Mexico or Cuba?) — one main purpose of the U.S. defense budget is to act as an economic development program for the poorer (and mainly Republican) parts of the United States.

Yet, despite all this northern largesse, the southern states also stand out for another remarkable feature. They as a whole have an uncanny ability to act against their own interests. In particular, as a group, Southern governors and state legislatures refuse to help their sizable poor populations with federal money.

Imagine the irony: Washington sends money to help these regions to overcome wide-spread poverty, which is – 150 years after the end of the Civil War – often still race-based.

However, the South — as based largely on the wishes of its republicans governors — doesn’t want to have a huge chunk of it!

In particular, Republican governors are determined to reject Washington’s move to make the provision of Medicaid (the U.S. federal health program for the poor) more inclusive.

Their opposition is pretty unfathomable. Embracing federal Medicaid support would keep poverty from being the biggest obstacle to getting proper access to health care and from being a big impediment to workplace productivity in the South.

One simply has to recognize that these southern (Republican) officials have their “principles.” A core principle is to come up with grand and conceptually convoluted ideas about why it would be harmful to accept federal money to expand Medicaid.

The American South views itself as friendly and fair. Yet, it remains economically segregated — and exhibits a troubling pattern of mistreating its own poor residents as second-class citizens.

For instance, several states are acting to prevent the distribution of information about available healthcare options under the Affordable Care Act, known as “Obamacare.” As part of that strategy, they are working to stymie efforts to register applicants for health insurance.

Then, after declining to set up their own exchanges (which are marketplaces within states offering many options for health care coverage), several states filed a federal lawsuit insisting that the law forbade federal health insurance subsidies in states that choose not to operate their own exchanges. The U.S. Supreme Court has just agreed to hear arguments in the case alleging the unconstitutionality of this fiscal basis of Obamacare.

Southern politicians wouldn’t be southern gentlemen if they weren’t clever about covering up their tracks. Far be it from them to say openly that they don’t want those funds because they would disproportionality benefit “minorities.”

They cannot admit that the biggest fear keeping them from taking those funds is because doing so might eventually alter the social and economic structures of their states – if only by making life more livable for disadvantaged minorities.

They prefer to shroud their opposition in a concern for constitutional order, as if the U.S. founding documents stated anywhere that improving the life circumstances of the entire population is somehow prohibited.

The “pursuit of happiness,” although enshrined in the 1776 Declaration of Independence (from Great Britain), would certainly suggest otherwise. Likewise, the preamble to the U.S. Constitution states that, among the central purposes of the federal government is to “promote the general welfare,” which means the general well-being.

Contrary to their ideological opposition to Medicaid, Republican governors and legislatures in the South accept two types of federal funds: Farm subsidies and defense contract money.

These disbursements are welcome. Why? Chiefly because they are unlikely to alter the fundamental social and economic stratification of the American South. Thus, southern Republicans will never refuse that money.

3. Majority Power for a Minority Region

Even though the South represents just 37.4% of the U.S. population, southern Republicans exert an inordinate degree of control over government action, or inaction. That affects everyone in the United States.

Representatives from southern states now account for more than half of the members of the House Republican Caucus. They are overwhelmingly elected on pledges to rein in government spending and keep federal power out of the South.

Remarkably, dogmatic hatred for the federal government is often just talk. What is actually done is another thing. Southern conservatives, especially in the U.S. House of Representatives, regularly direct federal funding and benefits to their states from their positions on Appropriations Subcommittees.

There, southerners often account for a majority of the seats, despite the South’s minority status nationwide.

The Republicans and America’s South: A Primer

■  Republican governors control 30 U.S. states. Of those states, Republicans also enjoy majorities in the legislatures in all but five.

■  Four other key states with Republican governors and legislatures include Kansas, Pennsylvania, Ohio and Indiana. The first of these, Kansas, was deeply involved in triggering the U.S. Civil War and shares many characteristics with the South. The other three all have large rural areas within them that are increasingly viewed as “the northernmost points in the South.”

The unrepresentative majority power in the Congress allows them immense control over defense-related spending, which is a key tool for economic development.

Resistance to government as a badge of honor

The rest of the world is perplexed by the anti-government attitude and/or gross negligence toward the people by the governors and legislatures in the American South.

Even in Italy’s Mezzogiorno, as in most places in the world, rejecting government programs and policies that could help their voters is typically the opposite of what politicians do. Doing so would be against their very nature. Evidently not so in the American South, where resistance to government doing anything is a badge of honor.

Sizable though they are, the southern states remain quite poor. Apart from New Mexico, the only U.S. states with 30% or more of the population living in poverty are all located in the American South.

These same politically recalcitrant states have among the unhealthiest populations: As one measure of overall health, the CDC reports a history of obesity trends, which shows the 12 states with the highest prevalence of obese Americans (greater than 30%) are, with the exception of Michigan and Kansas, all in the American South.

And what do these states have in common, although not all in the South? Nine have Republican governors and legislatures, while two others are divided.

Only West Virginia has Democratic control of both the governorship and legislature – and its Democrats are generally very conservative and opposed to central government involvement.

Poverty is blind to race

The ultimate irony is this: the South’s problem with priorities also affects plenty of poor people who are white.

However, the proportion of poor whites in eleven southern states is much higher than the national average. The rate of white poverty climbs as high as one if five in West Virginia and Kentucky. (Of course, African-American poverty tops out at an even worse rate – one in two – in Arkansas.)

So, in the ultimate analysis, the denial of government assistance in the South is no longer “just” a race-baiting issue, as many Northerners may believe. It is a cruel agenda that takes federal funds and uses them to reinforce, rather than overcome, longstanding structural stratification of wealth and power in the American South.

Editor’s note: This is Part I of The Globalist’s American Mezzogiorno series. Part II is How The South Really Operates and Part III is Take the Money and Run.

The American South acts and operates much like the Italian Mezzogiorno in terms of politics and economics.

In today’s “Civil War” – fought over allocations from the federal budget – the South is actually winning.

Northern states subsidize the South via the “spreading” of military installations and defense production facilities.

Besides New Mexico, the U.S. states with 30% or more of the population living in poverty are all located in the South.

The proportion of poor whites in eleven southern states is much higher than the national average.

The American South acts and operates much like the Italian Mezzogiorno in terms of politics and economics.

In today’s “Civil War” – fought over allocations from the federal budget – the South is actually winning.

Northern states subsidize the South via the “spreading” of military installations and defense production facilities.

Besides New Mexico, the U.S. states with 30% or more of the population living in poverty are all located in the South.

The proportion of poor whites in eleven southern states is much higher than the national average.

9 Facts: Unemployment in the Developing World