Corruption Campaign in China: What it Means for the World

The arrest of a top official might be the first shot in a battle to root out corruption in China. 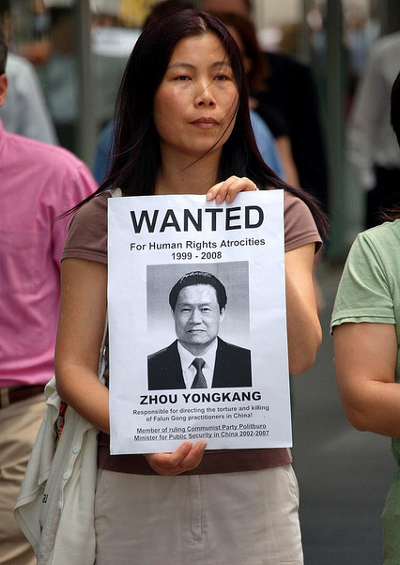 The news that Zhou Yongkang is now under investigation is of great importance not just for China, but also in a global context. The rest of the world had listened with considerable interest to the announcement by President Xi Jinping to make the fight against corruption a hallmark of his leadership.

That battle is important because it is a key ingredient in securing the dynamic development of the Chinese economy for the long haul – and hence address the future aspirations of the Chinese people.

Editor’s note: This article originally appeared in the China Daily.

The historical record in quite a few countries and regions of the world indicates that when economies undergo transformational boom times, there is plenty of opportunity to engage in acts of corruption.

Smart countries put an end to those practices as soon as they can. They do so for two key reasons: First, corruption undermines the true growth potential of an economy. And second, it only benefits a small coterie of people who control decision-making processes about economic projects.

The historical record also indicates that one may hope that the problem is restricted to just a few bad apples, so to speak. But whether or not that is true can only be ascertained as part of applying the rule of law.

And that, in turn, means that everybody in society is held to the same standards. Given the egalitarian traditions of the Chinese revolution, achieving such equality before the law should be seen as being fully within the arc of historic achievements — rather than as something that militates against it.

Any Westerner who has witnessed discussions in China about the rule of law and moving to a country increasingly governed by contracts comes away fascinated about the excitement felt by many Chinese experts. Ultimately, a China where everybody is equal under the law represents a cultural innovation that is in the nation’s true self-interest.

The Zhou Yongkang case, if all goes well, can be seen as the opening shot in China’s campaign to clean house. The key to a successful fight against corruption – and the core indication of a truly enlightened political leadership – is that it will allow the anti-corruption campaign to go where the evidence leads it.

That may not be always pleasant, but is the key precondition for a thorough housecleaning – and to root out, to the maximum extent possible, future efforts to betray the country and its people.

One final notion about cases in the Western world, such as the legal troubles that France’s former President Nicolas Sarkozy presently finds himself in. More often than not, these cases are due not to acts of personal corruption.

Usually, legal cases are brought against such former leaders there because they channeled campaign contributions to their political parties. That doesn’t make these diversionary financing strategies any less illegal, but they certainly don’t have the stench of personal corruption.

In conclusion, any nation with great aspirations and great potential, such as China amply has, is well served by a leadership that makes the fight against corruption and for transparency a cornerstone issue of its term in office. The long-term benefits of such an approach, if it is fully executed, will be reaped by generations to come.

Xi Jinping’s battle against corruption could reap rewards for future generations in China.

The Zhou Yongkang case, if all goes well, can be seen as the opening shot in China’s campaign to clean house.

Is the newest fight against corruption a fight for China’s survival as a great power?

Xi Jinping’s battle against corruption could reap rewards for future generations in China.

The Zhou Yongkang case, if all goes well, can be seen as the opening shot in China’s campaign to clean house.

Is the newest fight against corruption a fight for China’s survival as a great power?

5 Facts: The Biggest Predicament for Israel