The Globalist Debate: A Weaker Dollar Can Help the U.S. Economy 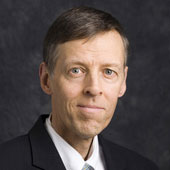 Given that the United States lost a larger share of manufacturing jobs over the last decade than it did in the Great Depression, it would seem natural that policymakers would recognize that this is a problem and take steps to address it. And indeed, many are. The Obama Administration recently established the White House Office of Manufacturing Policy, a cabinet-level entity to direct interagency efforts to restore the competitiveness of this sector. Even in the U.S. Congress, despite its bitter partisanship, lawmakers have worked across the aisle on this critical issue.

But one group that is apparently not on board are neoclassical economists who recoil in horror at any thought of helping manufacturing. Former Obama Administration economic czar Larry Summers states, “America’s role is to feed a global economy that’s increasingly based on knowledge and services rather than on making stuff.”

And American Enterprise Institute economist Kevin Hassett tells us, “Any economist can tell you that this decline [in manufacturing] is not necessarily a cause for concern…. We have become an ideas economy.” Columbia University’s Jagdish Bhagwati goes so far as to dismiss anyone who says manufacturing is important as suffering from a “manufacturing fetish.”

And now building on this neoclassical economics “wisdom” on manufacturing is Barry Eichengreen, an economist at the University of California at Berkeley and author of “Exorbitant Privilege: The Rise and Fall of the Dollar and the Future of the International Monetary System.” Eichengreen launches a broadside on those who would let the dollar depreciate in order to help reduce the trade deficit and revitalize U.S. manufacturing.

As he explained in his essay on The Globalist, Eichengreen cautions against the views of those who would argue that “the strong dollar that resulted from America’s exorbitant privilege of serving as the world’s reserve currency for well over half a century now has contributed to the hollowing out of the American manufacturing industry.”

First, let’s be clear: Neoclassical economists usually tell us that when the price of something goes up, demand goes down. Globally, the price of U.S. manufactured goods is too high because the U.S. dollar has been the reserve currency and because nations like Japan and China continue to manipulate their currencies to keep their manufacturing prices lower than the market would otherwise dictate.

So shouldn’t someone like Eichengreen, who respects markets, want the price of the dollar to fall to bring the U.S. current account back into balance? Wouldn’t markets function better if this distortion were corrected?

No. For him, the price of the dollar is set by the market. Therefore, to argue for a lower dollar risks committing the cardinal sin of neoclassical economics — intervening in the market and distorting “allocation efficiency.” But the whole point of his book is that the price of the dollar is not set by the market. The dollar’s reserve currency status by definition means that it is not fully subject to market forces, and intervention by countries to set their currencies’ value directly affects the dollar’s value. There’s no “invisible hand” here.

The real reason why the Summers, Hassetts and Eichengreens of the economics world can be so blasé is that they actually look down on low-value-added manufacturing. They seem to rejoice that we have finally shifted this grim work to other countries so they can have a shot at economic growth. Eichengreen compares the manufacturing powerhouse of America’s past to now, and claims, “The situation in the United States today is different. Manufacturing has migrated to developing countries — thankfully so, for this is what we mean by economic development.”

He does admit, “Given time, more Americans can acquire the skills and training to work in a semiconductor fab. But the fundamental constraint is imparting the skills, not simply lowering the cost of their labor.” In essence, he is implying that the 32% of American manufacturing workers who lost their jobs are so unskilled and uneducated that they can’t be part of an advanced manufacturing economy.

I doubt Eichengreen has ever visited a manufacturing facility or talked to a manufacturing worker. If he had, he would have seen that in the United States, most manufacturing facilities are clean, streamlined, IT-driven facilities using advanced technologies and employing moderately and highly skilled workers to turn out advanced products. These range from jet aircraft, computers, advanced instruments and vehicles to sophisticated chemicals and biotechnology compounds.

He goes on to suggest, “If you ask which U.S. plants have shut down as a result of Chinese competition, the answer is low-productivity plants with lots of production workers. An exchange rate for the U.S. dollar that is, say, 30% lower is not going to be of much help to an unskilled or semiskilled worker in the United States competing head-to-head with Chinese labor, especially when labor productivity in China is growing by 6% per annum.” And his evidence for this is what? He offers none, other than his faith in the neoclassical economics ideology.

A few years ago, I was in New York meeting with a colleague who at the time was CEO of a manufacturing conglomerate. I asked him how he was doing, and he said he was “depressed” because he had just shut down a U.S. factory that employed 300 people and moved the work to China.

Being a patriotic American and genuinely good person, he was not happy about that. I asked him what the cost differential was between the U.S. and China factories, and he said about 30%. I then asked him if he would have moved the factory if the Chinese currency appreciated 30% vis-à-vis the dollar. He looked at me and said, “We’d absolutely keep the factory in the United States.”

This is exactly what most people who have actually been inside a factory say. One of them is Dan Luria, one of the foremost experts in U.S. manufacturing and research director of the Michigan Manufacturing Technology Center. Dan manages a database of thousands of U.S. manufacturing establishments that tracks everything from material costs to scrap rates to productivity.

In a study he conducted in the middle of the last decade, he found that reducing the value of the dollar in the early part of the last decade would have helped a large share of U.S. manufacturing facilities retain their price competitiveness and maintain operations and more jobs in the United States. And reducing the value of the dollar now would keep many additional factories from closing or losing market share — and even enable some manufacturing work to be “reshored” to America.

To be clear, this is not to say that none of these jobs would have moved, or that addressing deliberate currency manipulation is the only thing we need to do. Sure, some low-skill commodity work would have moved and should have moved if natural, market forces dictated it.

But in the absence of mercantilist policies, including currency manipulation by many U.S. competitors, we would have expanded, not lost, higher skilled complex production to make up for it. And as ITIF and other signatories advocated in our Charter to Revitalize U.S. Manufacturing, we need to take domestic steps as well to shore up and retool manufacturing.

The livelihoods of millions of American workers and the future vitality of the American economy demand no less.

Editor’s Note: In early January 2012, the Information Technology and Innovation Foundation released its Charter to Revitalize U.S. Manufacturing, a set of principles and policy steps agreed upon by individuals from a diverse group of some 20 business and labor organizations, thinks tanks, academic institutions and non-profits.

The dollar's reserve currency status means that it is not fully subject to market forces. There's no "invisible hand" here.

The real reason why the Summers, Hassetts and Eichengreens of the economics world can be so blasé is that they actually look down on low-value-added manufacturing.

We need to take steps to shore up and retool manufacturing. The livelihoods of millions of American workers and the future vitality of the American economy demand no less.

The dollar's reserve currency status means that it is not fully subject to market forces. There's no "invisible hand" here.

The real reason why the Summers, Hassetts and Eichengreens of the economics world can be so blasé is that they actually look down on low-value-added manufacturing.

We need to take steps to shore up and retool manufacturing. The livelihoods of millions of American workers and the future vitality of the American economy demand no less.