What surprises will tango — Argentina’s most popular musical genre — have for the 21st century? 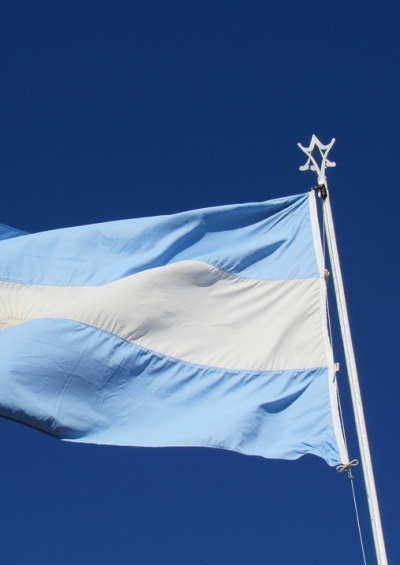 Editor and writer Richard Byrne lives in Washington, DC. He is an editor at The Chronicle of Higher Education. His writing has been published in the The Guardian, the Washington Post, Foreign Policy, The American Prospect and on Time magazine’s web site. He was also a contributing writer for New York Press and the Boston […]

The success of tango on the world stage makes this music one of Argentina’s most important cultural exports. From its humble origins in the brothels, bars and street brawls of Buenos Aires’ docklands, this sensual music has grown into a sophisticated sensation that has penetrated almost every corner of the globe.

Among the first ports of call where Argentinian tango found a receptive audience was pre World War II France — where the music’s mixture of forbidden sensuality and Latin tempo created a sensation. In fact, Carlos Gardel — the uncontested star of tango’s early years — was born in Toulouse and taken to Argentina as a child.

This “French connection” was strengthened even more in the 1950s, during an encounter between Argentine tango master Astor Piazzolla and famed French music teacher Nadia Boulanger.

Piazzolla played the bandoneon (a German instrument similar to an accordion) with Gardel’s orchestra — and then became a composer who grew frustrated both with tango’s limits and the snobbery of classical musicians. In 1954, he won a scholarship to study with Boulanger in Paris.

Piazzolla had moved to Paris determined to leave the tango behind and concentrate on classical composition. But, when Madame Boulanger heard Piazzolla play one of his tango compositions, she encouraged him to continue expanding the reach of the music upon which he had cut his teeth.

This encounter led directly to Piazzolla’s invention of “nuevo tango” — a dazzling mix of tango and classical forms that led to his veneration as one of the most revered and influential composers of the late 20th century.

On records such as “Tango Zero Hour” and “Five Tango Sensation” (commissioned by Kronos Quartet), Piazzolla exploded the strict tango form — and created something magical.

After Piazzolla’s death in 1992, tango found itself at another crossroad. Movies such as 1997’s “Tango Bar” and 1998’s “Tango” capitalized on tango’s continuing popularity in its simpler forms. Yet, Piazzolla’s music had shown the great possibilities afforded to tango’s future.

Gotan Project’s album, “La revancha del tango,” (Tango’s Revenge) — a collaboration between French DJs Philippe Cohen-Salal and Christophe Mueller and a group of Argentinian musicians — may provide a hint about where tango will go in its second century.

In its ten compositions, “La revancha del tango” picks up where Piazzolla’s “nuevo tango” left off — and pushes the music into new avenues opened up by the collaboration of dance music and world music.

The clearest signal that the Paris-based Gotan Project is picking up the tango gauntlet thrown down by Piazzolla is its version of “Vuelvo al Sur” (Return to the South) — one of the Argentine composer’s best known and influential compositions.

Piazzolla’s original version is a black and brooding meditation, but Gotan Project renders the song with a lighter and more contemporary touch.

In many ways, the Gotan Project’s version of “Vuelvo al Sur” is a roadmap to its overall approach. The group adds syncopated dance beats that modernize and lighten up the sound, but the smoky and sultry female vocal and strong bandoneon-centered sounds summon up and accentuate tango’s original sensual roots.

“La revancha del tango” plays a fascinating game with the listener. Much of the album will strike even the most casual tango fan — and fan of world dance music — as very familiar.

For tango fans, the bittersweet sound of the bandoneon cuts through the well-known tango rhythm on many of the Gotan Project’s songs.

The brooding bass and strong melodies of songs such as “Epoca” and “Triptico” will remind listeners of the sonic experiments by pop groups such as Thievery Corporation or Portishead.

Yet, the Gotan Project’s combination of these styles is wonderfully original and eclectic.

“La revancha del tango” is most interesting when it subverts the traditional notions of tango — or mixes in some wholly unexpected influences.

The album’s third track, “Chunga’s Revenge,” is an excellent example. The composer of “Chunga’s Revenge” is a man who might not be the first musician to come to mind when you think of tango — rock-and-roll musician Frank Zappa.

Like Piazzolla, Zappa was a musician who started in a genre far removed from classical music — and then broke down the walls that separated the genres in an effort to bring them closer.

“La revancha del tango” is a record that exists in the special place that straddles the past and the future. Much of the album has a raw quality that sounds like it could have been taken from an old recording of classical tango. Still, the record’s tempos and experimental structures are thoroughly modern.

More important, however, Gotan Project’s music proves once again that even a genre as sturdy and traditional as tango has a flexibility that can serve as an inspiration for global musical innovation.

Editor and writer Richard Byrne lives in Washington, DC. He is an editor at The Chronicle of Higher Education. His writing has been published in the The Guardian, the Washington Post, Foreign Policy, The American Prospect and on Time magazine’s web site. He was also a contributing writer for New York Press and the Boston […]

The Empire and the Kingdom: U.S.-Saudi Relations in Crisis — Again