Can Modi transcend pain and stress and focus on the goal? 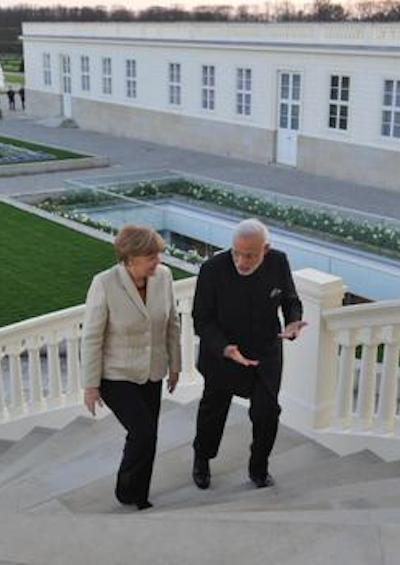 Should it worry us that the Modi government resembles the Ethiopian Haile Gebrselassie, the greatest long-distance runner ever and not Usain Bolt, the 100-metre thunderbolt from Jamaica?

Not really. The 100-meter dash, while spectacular and crowd pulling, is a good tactic for disaster mitigation, but disastrous for managing a huge, diversified economy. The marathon analogy suits India better.

It is a test of endurance, grit and determination. Outcomes are only visible toward the end of the 42-kilometer (km) race. Those in the lead for the first eight km rarely end up winning.

Other than physical fitness, the marathon runner needs a disciplined mind, which restrains the urge to sprint till the last mile while maintaining a planned and steady pace all along. Also important is the ability to transcend the near continuous pain and stress and remain focused on the goal.

Modi’s government has expectedly followed the epic Bollywood masala — a marathon interspersed with sprints. Citizens have been kept entertained by a blitzkrieg of short-term Bolt spirits to simulate the inclusive ascent on a rising elevator of well being, while working steadily behind the scenes toward medium-term goals.

So far, so good

Here is a list of some of his noteworthy accomplishments so far:

1. Opening of 80 million small bank accounts.
2.  Launching of three social protection (pension and insurance) plans.
3. Near weekly engagements with foreign governments on their and India’s soil.
4. Pushing through the border realignment with Bangladesh.
5. Quieting down of tension with China in Arunachal Pradesh.
6. A relatively incident-free border with Pakistan.
7. A warming relationship with Sri Lanka.
8. Launching of the race to make India “cough-free” by substituting clean renewables for dirty fossil fuels.
9. Quick response to natural disasters in Nepal and Bihar.
10. Disciplining of the bureaucracy and the Bharatiya Janata Party’s (BJP) political cadres.

But behind the scenes, several half-marathons have also been initiated.  These include:

1. Impressive pace of tendering and awarding of infrastructure projects with results expected over the next three years.
2. Quick decisions on defense procurements.
3. Swift auction of coal mines to resolve the fuel supply bottlenecks.
4. Opening up of the defense sector on private investment and management.
5. Relaxation of foreign direct investment constraints in insurance.
6. Continuation of the previous government’s Aadhaar electronic platform for direct cash transfers, as a primary mechanism for verifying identity necessary for subsidy reform.

With the easy part behind, can he stay in the race?

Prime Minister Narendra Modi has run the first leg of the marathon with exceptional skill. But this was the easy part. The next 16 km till 2017 is what will make or break his chances for re-election in 2019.

First, with two big state-level elections coming up, the BJP will need to marry the compulsion for populism with fiscal rectitude, which has been the leitmotif of the first year of Arun Jaitley as the finance minister of India.

Reigning in inflation is a continuous struggle in such circumstances.  It is fitting that the Reserve Bank of India continues to focus on managing money supply and interest rates.

Second, introduce a poverty and private jobs creation filter. Share the assessments publicly via a “dashboard” of proposed allocations to make the allocation process more transparent and participatory.

Direct democracy is Mr. Modi’s signature tune. This is also a great way of self-restraining crony capitalism and populism.

Cut free the constraints on services and development

Third, cut loose the railways and the public sector companies and banks from the crippling constraints of ministerial intervention. Corporatize all production and service delivery entities as a first step to reform, followed by administrative autonomy and selective listing of stock.

The tendency, reminiscent of the “Indira Gandhi’s ‘commanding heights’ syndrome” of falling back on the public sector for getting quick results, is unfortunate.

International experience shows that poor investments are the outcome, if public funds are plentiful. India cannot afford “bridges to nowhere,” even if they create jobs in the short term.

Fourth, fix the big institutional constraints on rapid development. The last thing we need in India is a clash of titans — Rajya Sabha, the upper house, versus the Modi government — a replay of the dysfunctional American political architecture. Or pitting the judiciary against the executive. Are we really keen to tread the Pakistan route?

Modi’s final 16-km dash in 2018 and 2019 will be easy if the half marathons already initiated are run well, over the next two years.

The trick is not to sacrifice public interest in an all out attempt to win state elections in Bihar and Uttar Pradesh.

The question remains: Will the BJP’s marathon mind rule– or its sprinter’s muscles dominate?

Editor’s note: A version of this article originally appeared in Asian Age.

Prime Minister Narendra Modi has run the first leg of the marathon with exceptional skill. That was the easy part.

Will the BJP’s marathon mind rule -- or its sprinter’s muscles dominate?

Modi's final dash in 2018 and 2019 will be easy if the half marathons already initiated are run well.

Prime Minister Narendra Modi has run the first leg of the marathon with exceptional skill. That was the easy part.

Will the BJP’s marathon mind rule -- or its sprinter’s muscles dominate?

Modi's final dash in 2018 and 2019 will be easy if the half marathons already initiated are run well.