The Pains of European Integration 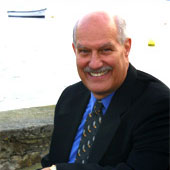 Television screens and newspapers across Europe have been filled with pictures of enormous funeral pyres blazing into the skies of Great Britain, consuming thousands of carcasses of cattle, sheep and pigs. If this were the bubonic plague or the Black Death, which killed off hundreds of thousands of Europeans in the early 18th century, the utter popular absorption with it would be understandable.

But foot-and-mouth disease, a very infectious virus for cows, pigs and sheep, is not a killer of even the animals that catch it. (Nor is there any evidence to suggest that meat from infected animals poses any danger to humans.) Within a few weeks, animals recover from the sores in their mouths and on their hooves. But cows usually do not return fully to the same level of milk production — and sheep and pigs normally do not fatten up as much.

So why kill the animals? As it turns out, foot-and-mouth disease is, simply put, an economic disease. Modern farming and food production demands that all cows produce milk at consistently high levels, and that sheep and pigs must be ready for the market at certain weights and within specified times. Any variation from those tight schedules of production reduce prices and cause producers to miss the market.

That is why there is such a frantic push to eliminate the disease as quickly as possible. But instead of looking to modern science, British officials have turned to methods first developed to deal with an epidemic of foot-and-mouth that swept Europe just around the time of the Black Death plague.

First used in the 1711 to 1720 outbreak, this approach was simple: kill all infected animals, cut up or burn the carcasses and bury them at least 10 feet deep. Pope Clement was the one who first put these measures into effect, adding that the carcasses should be burned at least ten miles from a city or three miles from a village. He appointed guards to keep people from traveling near infected animals.

This is almost exactly what is being done in the United Kingdom right now, save for the newly added measure of killing all farm animals — including thousands not infected — who are within a two mile ring of known outbreaks. Any farm even suspected of having animals with the disease is completely quarantined — with a policeman stationed at the entry drive to make sure no person or thing moves in or out.

Compare this to the Dutch approach when three cases were found on farms in the Netherlands. While adopting a similar ban on the movement of animals and keeping people away from infected farms, the Dutch focused immediately on inoculating — with modern vaccines — all susceptible animals within roughly a half-mile of the infected farms.

Like in Britain, all Dutch animals exposed to the virus will also eventually be destroyed. But instead of massive burning, the Dutch say the vaccinations will slow or stop the spread of the disease and allow officials time to more carefully dispose of the carcasses.

Meanwhile in Britain, countryside walking and cycling paths have been closed, major gardens shut, and great houses and castles shuttered — all in the hope of preventing the spread of the disease. But just as economic forces played a role in shaping these policies, different economic forces are now leading to their reversal.

Quarantined areas, including such popular tourist destinations as the Lake District, are beginning to reopen — even though the contagion has yet to be contained. The reason, of course, is that Britain’s ever-shrinking farm industry is now only a fifth of the size of its growing tourism industry. And for Britain to sacrifice its tourism economy for agriculture would be a little like cutting off its head to cure dandruff.