The Rise of the Plutocrats

Why have Americans been so tolerant of the rising gulf between rich and poor?

Why have Americans been so tolerant of the rising gulf between rich and poor? 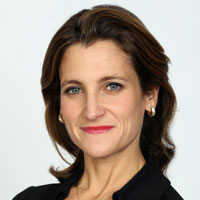 Branko Milanovic is an economist at the World Bank. He first became interested in income inequality studying for his doctorate in the 1980s in his native Yugoslavia. At the time, he discovered the subject was officially viewed as a “sensitive” subject in his home country — which meant one the ruling regime didn’t want its scholars to look at too closely.

That wasn’t a huge surprise. After all, the central ideological promise of socialism was to deliver a classless society.

But when Milanovic moved to Washington, D.C., the capital city of the country that serves as the citadel of capitalism, he discovered a curious thing.

Americans were happy to celebrate their super-rich and, at least sometimes, worry about their poor. But putting those two conversations together and talking about economic inequality was pretty much taboo.

“I was once told by the head of a prestigious think tank in Washington that the think tank’s board was very unlikely to fund any work that had income or wealth inequality in its title,” Milanovic, who wears a beard and has a receding hairline and teddy bear build, explained in a recent book.

“Yes, they would finance anything to do with poverty alleviation, but inequality was an altogether different matter.”

“Why?” he asked. “Because ‘my’ concern with the poverty of some people actually projects me in a very nice, warm glow: I am ready to use my money to help them. Charity is a good thing — a lot of egos are boosted by it and many ethical points earned even when only tiny amounts are given to the poor. But inequality is different: Every mention of it raises in fact the issue of the appropriateness or legitimacy of my income.”

The point isn’t that the members of the super-elite in the United States are reluctant to display their wealth. That is, after all, at least part of the purpose of yachts, couture, vast homes and high-profile, big-buck philanthropy.

But when the discussion shifts from celebratory to analytical, the super-elite does get nervous. One Wall Street Democrat, who has held big jobs in Washington and at some top U.S. financial institutions, told me President Obama had alienated the business community by speaking about “the rich.”

It would be best not to refer to income differences at all, the banker said. But if the president couldn’t avoid singling out the country’s top earners, he should call them “affluent.” Naming them as “rich,” he told me, sounded divisive — something the rich don’t want to be.

Striking a similar tone, Bill Clinton, in his 2011 book, Back to Work, faulted Obama for how he talks about those at the top.

“I didn’t attack them for their success,” President Clinton wrote, attributing to that softer touch his greater success in getting those at the top to accept higher taxes.

Look more closely at the data, though, as University of California, Berkeley economist Emmanuel Saez did, and it turns out that Obama is well justified in his views. Average Americans have reason to doubt that there is an economic comeback for them.

This is not a uniquely American story, though. In fact, there is a similar story behind the boom in the emerging markets. For all the luxury the Ambani brothers and others are basking in, the “India Shining” of the urban middle class has left untouched hundreds of millions of peasants living at subsistence levels, as the Bharatiya Janata Party discovered to its dismay when it sought re-election on the strength of that slogan.

Likewise, China’s booming coastal elite is a world apart from the roughly half of the population who still live in villages in the country’s vast hinterland.

As is so often the case when analyzing the United States, that early 19th-century French sage of American customs, Alexis de Tocqueville, came up with a far more useful and truthful insight than what the rich protester piped into President Obama’s ears.

If one looks closely at what has happened to the world since the beginning of society, it is easy to see that equality is prevalent only at the historical poles of civilization. Savages are equal because they are equally weak and ignorant. Very civilized men can all become equal because they all have at their disposal similar means of attaining comfort and happiness. Between these two extremes is found inequality of condition, wealth, knowledge — the power of the few, the poverty, ignorance and weakness of the rest.

But haven’t we reached that Tocquevillian plateau of all of us being “very civilized men” (yes, men!)? Shouldn’t we therefore all share in the gains? Until the late 1970s, the United States, the world’s poster child of capitalism, certainly did so.

The great postwar expansion was also the period of what economists have dubbed the Great Compression. Inequality shrank — and most Americans came to think of themselves as middle class. This was also the era when, in the words of Harvard economist Larry Katz, “Americans grew together.”

That seemed to be the natural shape of industrial capitalism. Even the Reagan Revolution rode on the coattails of this paradigm — trickle-down economics, after all, emphasizes the trickle.

But in the late 1970s, things started to change. The income of the middle class in the United States started to stagnate and those at the top began to pull away from everyone else.

And while this shift remains most pronounced in the United States, it would be a delusion to believe it is restricted to that country. Already by the start of the 21st century, surging income inequality had become a worldwide phenomenon, visible in most of the developed Western economies as well as in the rising emerging markets.

Editor’s note: This article is adapted from Plutocrats: The Rise of the New Global Super-Rich and the Fall of Everyone Else by Chrystia Freeland. Reprinted by arrangement with The Penguin Press, a member of Penguin Group (USA), Inc. Copyright © 2012 by Chrystia Freeland.

Americans were happy to celebrate their super-rich and, at least sometimes, worry about their poor. But putting those two conversations together was taboo.

One Wall Street Democrat told me President Obama had alienated the business community by speaking about "the rich."

Americans were happy to celebrate their super-rich and, at least sometimes, worry about their poor. But putting those two conversations together was taboo.

One Wall Street Democrat told me President Obama had alienated the business community by speaking about "the rich."

From Economic Growth to Human Growth