From Economic Growth to Human Growth

Why does the world urgently need to consider economic growth in a broader, nonmaterial context? 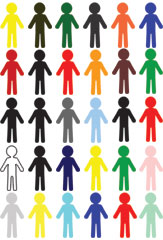 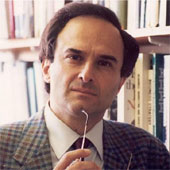 Dennis J. Snower is founder and President of the Global Solutions Initiative and the Global Economic Symposium.

There is a real danger, even in discussions among reform-minded people, of interpreting economic growth in the traditional way. We say: Can growth be socially inclusive and environmentally sustainable? But we often mean growth in terms of economic activity that generally leads to consumption.

The most important determinants of self-reported happiness are social connections, jobs and the ability to work, health and security. Ranking in last place is the attainment of material goods above the basic needs.

Since growth is a means to an end, rather than an end in itself, these findings suggest that our measures of growth should take into account people’s own views about what their well-being depends on. We definitely need to consider growth in this much broader, nonmaterial context.

The same reconsideration may be necessary with regard to the vexing issue of poverty.

Poverty is generally measured in terms of material poverty. But given that much of the world population is rapidly escaping from extreme poverty, the big challenge that we will face on this front are the other, nonmaterially driven dimensions of poverty.

In the future, won’t we have to fight much harder against poverty in terms of our ability to connect socially? Our ability to find meaning and purpose and to achieve personal growth? All of these factors need to be given far more serious thought.

The economic theory of market capitalism views human beings as separate individuals. It sees these individuals as rational, selfish, materialistic and utility maximizing.

Fortunately, we live in an age where various branches of psychology and neuroscience as well as other disciplines have made it clear that this view of human motivation is simply wrong. It does not capture what drives us in the main.

It will be important to bring the public into contact with these findings, so that people will be helped to pursue growth in a more holistic sense that our current conception of materialistic growth.

None of this is to make light of the reality of abject poverty. Extreme poverty remains a scourge that we need to combat. There are extremely poor people who have been bypassed by a globalized world whose gross world product has risen eight-fold over the past 60 years.

But that aside, we very much need to engage in a worldwide learning process about what gives fulfillment to human beings. We all basically want fulfillment and well-being in life, and we want to avoid suffering.

Achieving that should be among our major ideals, and in future policy debates it should actually rank ahead of the simple accumulation of material goods and services.

The reason why this is so important is that soon enough there are going to be three billion more people in the world who are going to be part of the middle class. And many of them will live in what we used to describe as “developing countries.”

Almost all of them envision leading “Western”-style, consumption-based lifestyles. But if they actually do this, there will be hell to pay — for the simple reason that such a high aggregate level of consumption is environmentally unsustainable.

What do we do? One thing that will definitely help is to realize that we humans are creatures of habit and seekers of status. Once we have bought the new car or the bigger refrigerator, within a week we begin to lose the thrill we had for it initially.

And once we find that our neighbors also have these things, it is even less thrilling than it was before. We have a tendency to accumulate material goods in the belief that they will make us persistently happy, when they only make us temporarily happy.

It would be very useful if we could learn this before we engage in the process of acquiring more goods. Such a learning process should start in the OECD nations, where we have already accumulated the most — and hence have the most experience with these things.

But in a globalized, more integrated world where learning processes run on a global scale, I think the whole world would do well to learn more about what things make us persistently happy.

Looking forward into the future, we may still be inclined to run after a higher priced car. But it is also certainly true that, looking back, perhaps towards the end of life, only a very few people would actually conclude, “If I had to do it all again, I would get myself a bigger car.”

Instead, most people would wish they had been kinder to their family and friends, spent more quality time with the people who meant the most to them, and had done more to help the people around them.

Learning to distinguish between sheer material accumulation and longer-term satisfaction much earlier in life would also help address the profound environmental challenge of three billion people who want fulfillment. Every one of them needs to know that this fulfillment does not reside alone — or even primarily — in material consumption.

To address the problem of poverty, it will be necessary for the rich to give more to the poor. This will require gaining some solidarity with the poor, considering the poor as part of their community of identification. This realization can only be achieved by accepting the fundamental equality of human worth and the malleability of our social identities.

In other words, we require a global acceptance that the well-being of the poor counts as much as that of the rich and that the rich can, if they put their minds and hearts to it, include the poor in their social in-group.

This is no pipedream. After all, social groups — and the sense of belonging they provide — are something we humans actively create. It is in our power to widen our circle of moral responsibility.

We must devote ourselves to embedding this lesson in our consciousness. Through the compassion thereby generated, we will be better placed to deal with the problem of eliminating poverty and promoting the sort of growth that leads to sustainable well-being.

The most important determinants happiness are social connections, jobs, health and security. Ranking in last place is the attainment of material goods.

Since growth is just a means to an end, our measures of growth should take into account people's own views about what their well-being depends on.

To address the problem of poverty, it will be necessary for the rich to give more to the poor. This will require gaining some solidarity with the poor.

Dennis J. Snower is founder and President of the Global Solutions Initiative and the Global Economic Symposium.

The most important determinants happiness are social connections, jobs, health and security. Ranking in last place is the attainment of material goods.

Since growth is just a means to an end, our measures of growth should take into account people's own views about what their well-being depends on.

To address the problem of poverty, it will be necessary for the rich to give more to the poor. This will require gaining some solidarity with the poor.

Petraeus and Serdyukov: Cupids or Stupids?