The Transatlantic World is Falling Apart 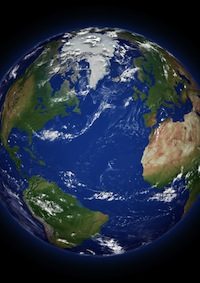 The transatlantic world is falling apart. Elites on both sides of the Atlantic Ocean see the world of today in very different terms.

The gap over Edward Snowden and the NSA could not be any larger. Now, the situation in Ukraine is causing Americans to issue a constant stream of Cassandra-like calls, but the Europeans aren’t listening.

The Americans tell everyone in Europe that the entire continent — not just Ukraine, the Baltics or Poland — will eventually be steamrolled by a newly assertive Russia. They beg the Europeans to recognize the seriousness of the situation and not be woefully unprepared for what lies ahead.

It is most telling to hear what conclusion those American Cassandras arrive at. The only way out, they argue, is for Europeans to finally recognize the earnestness of the situation – and collectively push defense spending to at least 2% of GDP.

In other words, the point is to turn the looming calamity into a sales opportunity. No wonder the Boeings, Lockheed Martins and other U.S. defense firms are eagerly supporting any American “strategist” or think tank who is keen to trumpet this message.

The Europeans, for their part, aren’t buying. They are under no illusion about what a crook Putin is. But they seriously doubt that the Russians are going to pursue an offensive strategy beyond their own immediate neighbors.

To the Americans’ great chagrin, the Europeans are not fixated on funding their armies — but their pensions.

Facing such unresponsiveness, American strategists are trying desperately to up the ante. What will Europe do, they ask, if the North Koreans undertake a nuclear strike on South Korea, the Chinese move on the Senkaku islands and Saudi Arabia engages in a war with Iran? Will it wake up then?

To which the Europeans’ response is the one feature they have by now readily adopted from Britain – the mindset to “keep calm and carry on” even when faced with a real crisis.

Such European equanimity drives the Americans bonkers. Reveling alternatively in a mindset where the United States is the world’s “only superpower” and one driven by fears and phobias, Americans now worry about the fact that 1991 could have sent a wrong signal.

Close to a quarter century ago, the Soviet Union disappeared from the global stage with barely a whimper. At the time, the effective self-dissolution of the erstwhile archenemy (almost) came as more of a shock to the United States than in Moscow itself.

For generations, Americans had been conditioned to believe that the Soviet Union, if ever, would go out with a big bang – a truly catastrophic event. If the Americans were sure of one thing, then it was that the Communists would not go quietly.

Since that scenario did not materialize at the time, the supposition now is the reverse. Russia – which didn’t produce a big bang then – is deadly determined to surprise the world by producing a big calamity now.

To which the Europeans respond that the Russian empire has feet of clay – and brittle ones at that.

It is hard to recall a time when Europe and the United States have been further apart. At times, it seems they are barely part of the same civilization any longer.

The Europeans are not fixated on funding their armies -- but their pensions.

Tellingly, the Americans are keen to turn the looming calamity into a sales opportunity.

The Europeans are not fixated on funding their armies -- but their pensions.

Tellingly, the Americans are keen to turn the looming calamity into a sales opportunity.