The UK’s Problems Have Just Begun

Far from settling everything, the Scottish vote has opened everything up. 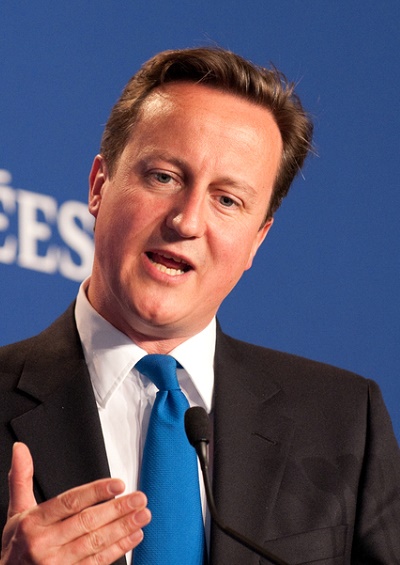 There was a Phew! of relief in London as it became clear that after three centuries of marriage Scotland and England have decided not to divorce. But the two nations are now living in different rooms without much common conversation. And the vote against separation is the beginning, not the end of Prime Minister David Cameron’s political difficulties.

David Cameron was forced to make major concessions to the Scottish nationalist leader, Alex Salmond, in the days before the referendum. These include writing into law the so-called Barnett formula, which grants Scotland a disproportionate share of UK government revenue compared to England and Wales.

Already Conservative MPs are protesting that their constituents should not have to fork out more taxes to pay for the over-large state sector in Scotland or the generosity of free university tuition and health care largesse.

As long as the check from England arrives there will be no pressure on the Scottish government to modernize its state sector in the model of social democratic Nordic countries where private agencies run huge chunks of public services.

Mr. Cameron has also said that there will be a constitutional revolution with MPs elected in UK constituencies not being able to take part in legislation in the House of Commons on a common basis.

The sight of 59 silent sheep MPs from Scotland marching out of the House of Commons when it discusses health care or education, or policing which policy areas in Scotland are decided by the Scottish parliament means that the unitary parliament of the four nation kingdom is seeing its closing days.

The doctrine of parliamentary supremacy as defined by Edmund Burke and Walter Bagheot has been quietly buried by Mr. Cameron. Instead the UK will have to move to a more continental system of a written, legally enforceable constitutional contract setting out who has powers and how they can be used.

The London elite establishment has taken a terrible knocking. How did the finest brains in the Westminster political-media matrix not notice until the last panic-stricken days what was going on? The prime minister has had to turn to his despised, hated foe Gordon Brown and – like a latter day Cincinnatus – call Brown from nursing his grievances in retreat to save the United Kingdom.

Labour joined in the last-minute promises about reform of parliament but if Labour’s Scottish MPs cannot vote on major policy decisions affecting England, especially on issues dear to Labour like health, welfare and education, where does Labour find a working majoroity to form a government?

Scotland is now divided between its western, Glasgow, post-industrial Catholic working class citizens who voted Yes and its Edinburgh, banking city-connected Calvinist better-off citizens who voted No to stay linked with the south.

The vote was bought, as was the original union between England and Scotland in 1707, with generous promises of money and political power that in cruder language might accurately be called bribes.

But in 1707, the newly formed United Kingdom was about to embark on two long centuries of economic and political aggrandizement. That is not the case today where Britain – whether of left or right – does not know how to find a new economic, social and cultural settlement that makes sense for the 21st century.

So the Scottish vote far from settling everything has opened up everything. There is little evidence that the Westminster political-media elite know how to think through what will be very difficult years ahead.

Problems with the EU will only intensify

In three weeks there will be another political earthquake when the first UK Independence Party MP enters the Commons after a by-election in Clacton, Essex. From then until the May 2015 election, the question of Britain’s union with Europe will dominate politics. Mr. Cameron has pledged an In-Out referendum – long called for by UKIP – which so far the two other party leaders, Ed Miliband and Nick Clegg reject.

Referendum politics are very different from parliamentary politics. After a rock-solid union of 300 years which few questioned until very recently, the Scots came close to separating from England. The UK union with Europe has lasted just 41 years but voters have been told by many politicians, business leaders and most of the press that the UK-EU marriage is a mistake and it might be better to separate.

Mr. Cameron had tears in his eyes as he expressed his love for the UK union and his fear of it coming apart. He has never shown the slightest warmth for the UK’s union with the rest of Europe and many of his ministers and MPs make clear it is a relationship they wish they were not in.

So along with the extraordinary constitutional and fiscal upheaval that will have to turn into law to honor the Cameron-Miliband-Clegg promises to the Scots, the UK will face turmoil over its relationship with Europe with Brexit a looming possibility.

The pound rallied slightly as the No vote won. But the politics of re-writing the rules by which the UK governs and the future imbroglios over Europe have all got a lot worse.

The Scottish vote has bought generous promises of money and political power that might accurately be called bribes.

How did the finest brains in the Westminster political matrix not notice until the last days what was going on?

The Scottish vote has bought generous promises of money and political power that might accurately be called bribes.

How did the finest brains in the Westminster political matrix not notice until the last days what was going on?

Willful Ignorance on the Economy