How is a lack of knowledge of current events, geography and history jeopardizing America’s standing in the world?

How is a lack of knowledge of current events, geography and history jeopardizing America's standing in the world? 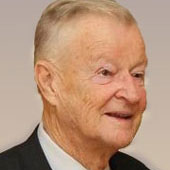 The United States is beset by several critical and increasingly threatening liabilities. Its gridlocked political system, dominated by vitriolic partisan discourse, has sharply reduced America’s ability to deal meaningfully with its mounting and eventually unsustainable national debt, to repair its decaying infrastructure, and to address problems in its economic system.

America’s flawed financial system presents twin vulnerabilities. First, it is a systemic time bomb that threatens not only the American, but also the global economy because of its risky and self-aggrandizing behavior. And second, it has produced a moral hazard that causes outrage at home and undermines America’s appeal abroad by intensifying America’s social dilemmas.

The 2008 crisis revealed the striking disconnect between the lives of those at the top of the financial system and the rest of the country, not to mention the developing world. Widening income inequality coupled with stagnating social mobility is a long-term danger to social consensus and democratic stability.

Recent studies comparing U.S. intergenerational earnings mobility to those of various European countries show that overall economic mobility is actually lower in “the land of opportunity” than in the rest of the developed world. Worse still, America now lags behind some European countries in the rate of upward income mobility.

But the one major American vulnerability that is almost always overlooked is a public that is highly ignorant about the world. The uncomfortable truth is that the United States public has an alarmingly limited knowledge of basic global geography, current events, and even pivotal moments in world history — a reality certainly derived in part from its deficient public education system.

A 2006 survey of young American adults found that 63% could not point out Iraq on a map of the Middle East, 75% could not find Iran, and 88% could not locate Afghanistan — at a time of America’s costly military involvement in the region. A 2002 National Geographic survey comparing current events and geography knowledge of young adults in Sweden, Germany, Italy, France, Japan, the UK, Canada, the United States and Mexico found that the United States ranked second to last — barely beating out its less-developed neighbor, Mexico.

That level of ignorance is compounded by the absence of informative international reporting readily accessible to the public. With the exception of perhaps five major newspapers, local press and American TV provides very limited news coverage about world affairs, except for ad hoc coverage of sensational or catastrophic events. What passes for news tends to be trivia or human-interest stories.

The cumulative effect of such widespread ignorance makes the public more susceptible to demagogically stimulated fear, especially when aroused by a terrorist attack. That, in turn, increases the probability of self-destructive foreign policy initiatives.

One major American vulnerability that is almost always overlooked is a public that is highly ignorant about the world.

The cumulative effect of such widespread ignorance makes the public more susceptible to demagogically stimulated fear.

One major American vulnerability that is almost always overlooked is a public that is highly ignorant about the world.

The cumulative effect of such widespread ignorance makes the public more susceptible to demagogically stimulated fear.