What is the best strategy to truly disrupt Mexico’s cartels: targeting their leaders or their finances? 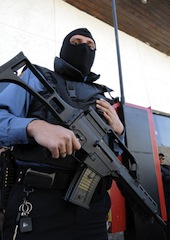 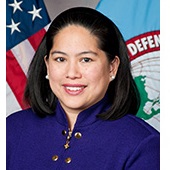 Celina Realuyo is a professor at the National Defense University in Washington, D.C.

Mexican Marines caught the Zeta kingpin on July 15, 2013, along with a bodyguard and one of his financial operatives, in a vehicle with eight rifles and $2 million in cash near Nuevo Laredo.

The Zetas were founded by deserters from the Mexican Special Forces and are considered the most brutal of the Mexican cartels.

They are engaged in diversified criminal activities, including drug trafficking, human smuggling, extortion and kidnappings. Their “trademark” is to use highly publicized beheadings and dismemberment of their victims to terrorize local populations.

The military operation against Treviño is reminiscent of the “kill/capture decapitation” strategy deployed by former President Felipe Calderon’s Administration. He, too, focused on dismantling cartel leadership structures.

Under Calderon’s mano dura (iron fist) strategy, the Mexican military was deployed to fight the cartels head on. Calderon was subsequently blamed for triggering unprecedented levels of violence with over 65,000 deaths in Mexico in six years.

As we have seen during the war on drugs, decapitation and mano dura strategies have failed to impact these armed groups significantly. All that such operations yield is violent succession crises. New leaders rise quickly to fill the power vacuum.

It is reported that Treviño’s brother, Omar, has already ascended as the new leader of the Zetas. As the saying goes: the more things change, the more they stay the same.

This truth applies despite President Peña Nieto’s promise to move away from his predecessor’s hard power counter-cartel approach and focus on reducing violence.

While the leadership of the Mexican cartels may change, what remains constant is the primary motive for their criminal enterprises — profit. It’s all about the money!

Money serves as the lifeblood for any activity, licit or illicit. U.S. authorities estimate that U.S. drug users send between $19 and $29 billion annually to Mexican drug cartels.

In recent years, investigative tools like “following the money trail” have helped security forces around the world better detect, disrupt and dismantle terrorist and criminal groups, including Al Qaeda and Hezbollah.

For that reason, the Mexican government should focus more of its counter-crime efforts on cartel finances. Targeting that trail is the only true disrupter, since money is the objective, driver and enabler of the Mexican cartels.

It is said that cartel kingpins fear two things: extradition to the United States and losing their money. There are promising signs that the Mexican government has gotten the message. It is now investing in the financial front against the cartels.

On July 17, 2013, a new, more rigorous anti-money laundering law went into effect in Mexico. It is aimed at limiting cash transactions and supervising a broader array of businesses vulnerable to money laundering.

That same day, the Mexican Attorney General’s office announced the launch of its new Specialized Financial Analysis Unit. The unit is responsible for detecting and dismantling the financial structures of the cartels.

These measures will contribute to more comprehensive Mexican efforts to address the supply and demand sides of these criminal enterprises.

With the recent arrest of Miguel Angel Treviño and one of his accountants, the Mexican government has a golden opportunity to bring this ruthless cartel leader to justice.

But Mexico can also use the arrests to gain greater insight into the ways the Zetas are generating, moving, storing and distributing their revenue.

Attacking the finances of Mexican cartels may have far more impact in degrading these criminal enterprises that are fueled by the proceeds from their illicit activities than the traditional whack-a-mole strategy.

Attacking the finances of Mexican cartels may have far more impact than a whack-a-mole strategy.

While Mexican cartel leadership may change, the primary motive for their enterprises remains — profit.

Celina Realuyo is a professor at the National Defense University in Washington, D.C.

Attacking the finances of Mexican cartels may have far more impact than a whack-a-mole strategy.

While Mexican cartel leadership may change, the primary motive for their enterprises remains — profit.