Why should U.S. conservatives be fighting to strengthen the UN, not bring it down?

Why should U.S. conservatives be fighting to strengthen the UN, not bring it down? 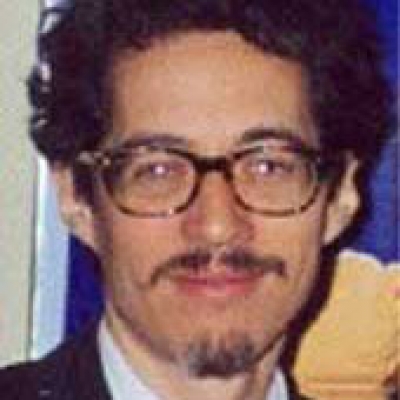 John Bolton's unconventional appointment to the UN, after a nomination process plagued by his reputation for UN-bashing, is a symptom of a wider problem facing conservatism in America.

The defining feature of conservatism is to have the good sense to strive for the maintenance of existing society and government, relying heavily on the twin notions of habit and patriotism.

At the same time, conservatism favors evolutionary adaptation to keep society sustainable — even though habit tends to resist adaptation.

Conservatism has always lived with this contradiction as a matter of necessity. It has sometimes managed it well.

"High conservatism" has generally supported internationalism, but has rarely worked out a reconciliation of this with the need for fanning popular patriotism, nor has it educated its followers on it. This has left the contradiction to once again grow sharp in recent years.

The high costs and risks of an isolationist form of patriotism led to a bipartisan internationalist consensus after 1941. However, the consensus began to fade after a couple of decades. Some of the old crankiness of the 1930s toward foreigners returned. The post-Vietnam era saw a first stage of revived crankiness.

The post-Cold War era has seen a new stage. The absence of equal rivals on the world stage has been taken by some in America as a license to talk down to foreigners without constraint.

The first stage brought thoughtful criticisms of the UN from ambassadors Daniel Patrick Moynihan and Jeane Kirkpatrick. Both were serious scholars of political culture, both seeking a reformation of the UN culture of the Cold War years, which they saw as being deflected from its purposes by a neutrality that was becoming an ideological neutralism.

It was a problem exacerbated not only by growing numbers of neutral Third World member states in the General Assembly, but by the left-neutralist milieu of intellectuals in New York where the UN was housed.

Mr. Moynihan really cared for the UN, as he showed in his subsequent book “On The Law of Nations.” In the new stage, however, his critique has not only been perpetuated, but reduced to a carefree UN-bashing by Mr. Bolton.

Meanwhile, ironically, the UN has been evolving toward accommodation of a unipolar world led by the West, in turn led by the United States. The old neutralist culture in the UN, a source of much U.S. irritation, has been declining.

The UN has made a painful self-critique over the excessive neutrality of its peacekeepers that opened the door to the massacre at Srebrenica in Bosnia.

NATO has been recognized by the UN as a positive "regional" institution, rather than dismissed as before 1989 as an equivalent of the Warsaw Pact and a source of bipolar conflict. Much remains to be done, but much of what Mr. Moynihan wanted is being achieved.

This progress has proceeded without much help from the UN's critics — nor from its defenders. It needs that help, otherwise it can never be conceptualized and carried through consistently.

What we need at this time is a conservative defense of the UN and its sister institutions.

By signing the UN Charter, the countries of the world have ceded a big chunk of their sovereignty to the United States and the rest of the Security Council.

When we can get the Security Council to agree, we have a right under international law to demand and do just about anything in the name of dealing with threats to the peace. Without the UN, we’d have no chance of getting such a right.

Scrap the UN and the countries of the world would never accept it again. It was made possible only by two World Wars — and countries that came into being after 1945 had to sign on as the fixed cost for formal recognition of their sovereignty.

The UN is darned good for the United States — irreplaceable — in this regard. There can be no sustainable Pax Americana without this UN role. American global leadership requires more effective international institutions, not less.

The UN system of functional institutions — IAEA, WHO, FAO, etc. — is also indispensable. Some of them might survive without the UN per se, but the serious ones can work effectively only when there is a degree of international consensus and a sense of belonging to a world community, for which the UN is the repository.

This world community is not a perfect rubber stamp for the United States, but it would be foolhardy to throw it out and think we’re going to get something better out of thin air. We have to engage our weight for overcoming the neutralist culture inherited in it from the Cold War era.

The era of American global leadership is in fact proving favorable to this reform process — it is no time to be giving up on the world.

Reform means working persistently and cumulatively at the core of the UN, not alienating ourselves irritably to its margins.

The Asian Mystique: An Uncomfortable Past