In the Trump era, we urgently need to equip ourselves better for the basic requirements of contemporary truth management. Here is your guide for survival in a very contested field. 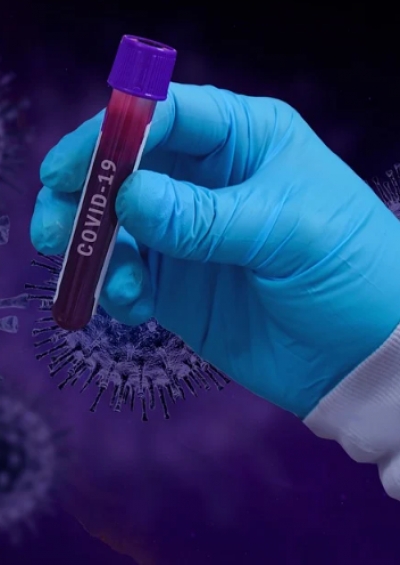 Anyone trying to follow the facts surrounding COVID 19 is bound to be confused, taken down a rabbit hole filled with suppositions, ambiguities and contradictions.

As of now, there is no way to truly sort out what is real and what is unreal about COVID 19. There is only one certainty and that is that nothing is certain.

In order to equip ourselves individually with the basic requirements of contemporary truth management, here is an attempt at structuring a very contested field.

One thing should be abundantly clear to everyone about the Trump Presidency by now. The President of the United States lies with the same facility as most people breathe.

Therefore, it comes as no surprise that this U.S. President has been ready, willing and able to create his own fractured reality around COVID 19.

As a result of his nationally televised daily briefings, his dissembling has been chronicled and documented for all the world to see. There is no need to repeat it here.

While he encourages his political base to “liberate” their states from prudent social distancing guidelines, he and his minions have misled the public on a daily basis.

The one consistent theme the President has fallen back on is his penchant for praising himself while casting blame on others. At various times, he has blamed China, the World Health Organization and previous U.S. administrations for the scale of the pandemic.

In one of his more ludicrous outbursts, he complained that the Obama Administration had failed to provide an adequate supply of COVID 19 vaccine, even though the virus did not exist during the Obama Presidency.

It is one thing for the individual at the top to lurch back and forth between falsehood and delusion. It is quite another to see important government institutions engage in efforts that come dangerously close to outright lies.

One can only question how it came about that public authorities, backed by so-called experts, stated categorically that face masks were useless in providing protection against COVID 19.

Now, as America tries to go back to work, many of the self-same public authorities are mandating the use of face masks as an essential measure in preventing the spread of infection.

Clearly, when Americans were told that face masks were useless, the real reason appears to have been that there were insufficient quantities of them available to protect health care workers, let alone the population at large.

There was, in fact, an urgent need to prevent hoarding. But in that effort, a seeming lie was told. This undermines public trust in the very institutions people need to trust in times such as these.

Mere disinformation aside, then there is the effort to spread misinformation across the American political landscape like fertilizer.

As one might expect, the right-wing media — eager to support his re-election effort — has tried to lend credence to President Trump’s various feel-good falsehoods. To that end, they have organized a parade of so-called experts to make one bizarre claim after another.

At one point in mid-April, when the U.S. death toll had risen to 29,000, one right-wing expert claimed that more people die in swimming pool accidents each year than from COVID 19.

Another “expert” promoting the reopening of schools suggested the United States would lose “only” two or three percent of its children. To his credit, this person apologized for his callousness, but failed to take any blame for his utter ignorance.

Evidently, a main cause of the promulgation of serial falsehoods and unbridled happy talk coming from the right is that they are in dual panic mode — over the pandemic itself and what it means for their leading man’s electoral fortunes.

This has resulted in the creeping vilification of CDC epidemiologists, Drs. Anthony Fauci and Deborah Birx, despite them being lauded greatly by Mr. Trump in the early going.

When their information didn’t turn positive in sync with the needs of the Trump reelection campaign, Dr. Fauci even received death threats. The President of the United States, however, stayed mum.

This is not to say that Drs. Fauci and Birx, are beyond reproach. Intelligent and well-intentioned as they are, due to the utter novelty and unpredictability of the coronavirus, they have at times been grasping at straws in trying to understand it.

In that effort, they seem to have fused medical orthodoxy with empirical evidence of the pandemic’s pathology to establish a flawed hybridization of policy recommendations.

Conversely, those trying to prove its extreme infectiousness used models with higher death rates. None of this has instilled confidence.

These reports have been further muddled by medical professionals claiming that they have been instructed to list the cause of death one way or the other to suit the political leanings of their respective state leadership.

As a result, no one can be certain what the actual mortality rates are. To muddle the picture even more, so-called co-morbidity rates — where the virus was a cause of death, but perhaps only an auxiliary one — seem to be all over the place.

Studies have shown a host of different comorbidities, but three seem to stand out. According to a study conducted within the Northwell Health organization, which operates hospitals in the New York area, 57% of all patients admitted for coronavirus suffered from hypertension, 33% suffered from diabetes and 41% suffered from obesity. Other comorbidities were negligible at best.

What does that mean? It’s anybody’s guess at this point and that is the point. The experts are engaged in a process of guesswork, literally thinking out loud about possible causes and effects of COVID 19.

And even more misinformation

One of the most curious debates in the COVID 19 context concerns testing for antibodies. According to a large sample of people tested in the New York City area, one in five tested positive for COVID 19 antibodies. This was regarded as a positive sign, until the next shoe dropped: The antibody test might not be reliable!

Then, making that entire discussion pretty much irrelevant, other “experts” proclaimed that the presence of COVID 19 antibodies may not prevent a recurrence of the disease! The whole antibody discussion seems to have run aground on the shoals of contradiction.

The same can be said of social distancing protocols. A recent study showed that people were not contracting COVID 19 through short casual exposures, the kind one might experience in a grocery store or drug store. Indeed, COVID 19 seems to concentrate in clusters, where people remain in close contact with one another.

This would explain the devastating impact of COVID 19 on nursing homes, meatpacking plants and hospitals. This phenomenon is confirmed in the incidence of whole families getting infected once a single person in the family contracts COVID 19.

But just when you thought you finally knew what was going on, the Governor of New York released a study showing that a full 66% of those testing positive for coronavirus were following shelter-in-place protocols and staying home.

Some of this might actually be good information. However, people have become so desensitized to the politization of the pandemic that establishing the eventual truth has become that much harder.

5. The dearth of information

Amidst this storm of contradictions, reality has become COVID 19’s number one casualty. Confronting a pandemic in which those infected suffer symptoms ranging from nothing at all to excruciating death, the experts have been confounded at every turn.

The fact is that there is no coherent and reliable information yet available about the novel coronavirus. There is no certainty. And, most importantly, there are no definitive experts.

To be sure, scientists are struggling to detect the truth. And if the virus has had one positive effect, it is that we have a much better grasp now of the iffy, evolutionary nature and process of scientific discovery.

Yearning for clarity and settled issues, we have become accustomed to assigning a degree of ultimate truth to scientists’ answers, answers that they themselves are professionally conditioned never to embrace.

Refreshing as that is in general, this increase in our understanding of the true meaning of uncertainty also has a clear downside. It fuels the flames of those hyper-active political voices who are into outright science denial.

Rather than them participating in the process of discovery, they are exploiting it to win over new converts to their favored cause of science denial.

There is no coherent and reliable information yet available about COVID 19. There is no certainty and there are no definitive experts.

Hyper-active political voices who are into science denial are exploiting COVID 19 to win over new converts.

Medical professionals claim they were told to list the cause of death one way or the other to suit the political leanings of their state leadership.

The one positive effect of COVID 19 is that we now have a much better understanding of the evolutionary nature and process of scientific discovery.

There is no coherent and reliable information yet available about COVID 19. There is no certainty and there are no definitive experts.

Hyper-active political voices who are into science denial are exploiting COVID 19 to win over new converts.

Medical professionals claim they were told to list the cause of death one way or the other to suit the political leanings of their state leadership.

The one positive effect of COVID 19 is that we now have a much better understanding of the evolutionary nature and process of scientific discovery.