The Taliban and the US: Accepting the Inevitable

It took the deaths of 2,300 U.S. soldiers and tens of thousands of Afghans to reach the agreement to end the longest war in U.S. history. 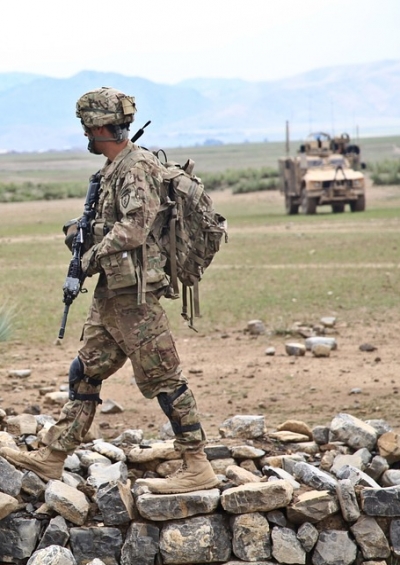 The longest war in American history may come to an end following an agreement in principle between the United States and the Taliban which was recently concluded in Doha.

It is significant in that it is the first time the United States and the Taliban negotiated face-to-face, the negotiations were made public and the principle accord that was reached addressed the two most important requirements that each side demanded from the other.

The Taliban agreed to prevent any militant group like al-Qaeda from using Afghan territory to plan attacks on the United States and its allies and, in return, the U.S.-led military coalition would withdraw its forces from the country.

Notwithstanding the importance of the agreement, there are many hurdles that must be overcome before a final and permanent accord is struck.

Both sides need to demonstrate willingness to compromise in dealing with some of the crucial aspects of the agreement where other players, especially the current Afghan government, have a stake in the outcome.

Moreover, given the distrust between the two sides and the heavy toll the war exacted over 17 years of fighting, reaching a sustainable deal necessitates sequential steps.

In addition, they need a negotiating process to which both sides must fully adhere to engender mutual trust and mitigate the psychological impediments that have eluded them from reaching an agreement in the past.

The framework of the agreement

The understanding between the two sides is that they must agree on all conflicting issues as a prerequisite to reaching a comprehensive agreement.

Although this obviously is necessary, it will be a mistake to link each pending issue to another instead of “banking” each agreed-upon issue and building on them. That is, even if a serious disagreement emerges over a given conflicting issue and the talks break down, once negotiations resume, they would not start from scratch.

This would also help in maintaining some momentum, as the two sides will have already developed a vested interest in the negotiating process.

It will be extremely important to agree on a process that would establish a sequential order of specific steps to be taken by one side and reciprocated by the other.

This process should begin by requiring the Taliban to declare a ceasefire, against which 10-15% of U.S. troops will be withdrawn.

This should be followed by an interest-based negotiation between the Taliban and the central government to reach a lasting political solution, against which another segment of American forces will be pulled out.

The sequential quid pro quo on many issues still to be negotiated will cement the negotiating process and ensure the desired outcome.

A long-term security arrangement must be established to ensure that security is maintained throughout the country during the withdrawal process of U.S. forces and beyond.

The present Afghan military forces and the Taliban need to cooperate in this regard, which will not be easy to accomplish. That said, it is hard to imagine any agreement that would not entail such cooperation, which is central to the future security and stability of the country.

Additionally, they must agree to fully collaborate on a monitoring regime, which would include international observers to ensure that Afghanistan is not used as a terrorist base.

It is important to note that the Taliban and Afghan forces still see each other as sworn enemies, and it will take a process of reconciliation for a period of time to ensure continuing cooperation between the two sides.

The participation of the tribal chiefs

The success of any agreement in the long-term would require the full support of tribal heads, as they exert tremendous power on their tribes and, by extension, on the Taliban.

In a long conversation I had recently with a Pashtun tribal chief, Ajmal Khan Zazai, he fervently asserted that without the support of the tribes, no agreement can endure, given that the country has long been a tribal society.

Convening a meeting between the tribal heads to endorse the peace agreement will be necessary to give it legitimacy and bolster its sustainability.

Reconciliation between the government and the Taliban

Currently, the Taliban refuses to directly engage with the central government. President Ghani insists that a final agreement must protect the rights and values of Afghans that cannot be disputed, such as national unity and sovereignty, territorial integrity and the central role of the government.

Additionally, the role of civil society, the rights of other ethnic groups, women’s rights and a consensual representative government must be protected. Given the bitter history of the conflict, this type of political settlement will not be easy to achieve as it would also require the support of a cross-section of the Afghan population.

Based on what we know, as the Taliban no longer seeks a monopoly on power nor an Islamic caliphate, an agreement is entirely possible. Both sides understand that full cooperation between them is sine qua non to ending hostilities and securing a lasting solution.

Pakistan has always played a direct and indirect role in the Afghanistan war, as the country has considerable stakes in the stability and security of Afghanistan as a neighbor. For years, Pakistan provided a refuge for Taliban fighters, from where they staged terror attacks against Afghan and coalition forces.

Knowing though that the United States is bent on withdrawing its forces sooner than later, Pakistan wants to ensure that its own security is not compromised, strengthen ties with the United States and benefit financially and prevent Indian influence in Afghanistan while enhancing its own.

To be sure, Pakistan wants to strengthen its position regionally, and prevent Iran from meddling in the internal affairs of Afghanistan as well.

After 17 years of death and destruction, Afghanistan will need billions in financial aid for reconstruction, rehabilitation, infrastructure, schools, hospitals and housing.

Indeed, any peace agreement will collapse under continuing economic distress. The United States and the EU, in particular, must provide significant financial aid to help the country stand on its feet.

Indeed, instead of continuing to spend billions on the war effort, the United States’ financial assistance will be of better use in reconstruction efforts.

Many hurdles are still in the way of reaching a sustainable peace in Afghanistan, but to prevent such potential obstacles from scuttling a lasting deal, the Trump administration should give time for the current negotiations to settle several intractable time-consuming issues and develop a shared political vision for the future of the country.

Ironically, following the 9/11 attack 17 years ago, the Bush administration demanded that the then-Taliban government prevent any violent extremists, such as al-Qaeda, from planning attacks against the United States, which the Taliban refused, leading to the Afghanistan war.

Sadly, it took the death of 2,300 American soldiers and tens of thousands of Afghans, and more than a trillion dollars, to accept the inevitable by reaching today’s agreement which is based on the very same principles.

It will be tragic if either the United States or the Taliban squanders this initial agreement, because the alternative is more death and destruction.

Although the United States must end this consuming war, it should not withdraw precipitously and leave swirling instability in its wake, which will severely undermine the United States’ geostrategic interests.

It took the deaths of 2,300 US soldiers and tens of thousands of Afghans to reach the agreement to end the longest war in US history.

Notwithstanding the importance of the US-Taliban agreement, there are many hurdles that must be overcome before a final accord is struck.

The success of any agreement in the long-term would require the full support of tribal heads. They exert tremendous power on their tribes and the Taliban.

It would be tragic if either the US or the Taliban squanders this initial agreement, because the alternative is more death and destruction.

It took the deaths of 2,300 US soldiers and tens of thousands of Afghans to reach the agreement to end the longest war in US history.

Notwithstanding the importance of the US-Taliban agreement, there are many hurdles that must be overcome before a final accord is struck.

The success of any agreement in the long-term would require the full support of tribal heads. They exert tremendous power on their tribes and the Taliban.

It would be tragic if either the US or the Taliban squanders this initial agreement, because the alternative is more death and destruction.

UK: Saving the Nation from Itself by Royal Veto Power