What role did climate and weather play in the French Revolution?

What role did climate and weather play in the French Revolution? 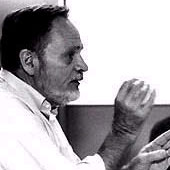 The weakness of the French social order, born of generations of chronic hunger, regularly contributed to the outbreaks of violence before the historic events of the summer of 1789.

But when the "Great Fear of 1789" gripped much of France in a mass hysteria and revolution, the country's peasantry found itself suddenly cast into the political arena.

In the bitterly cold winter of 1788/89, heavy snowfall blocked roads, major rivers froze over and much commerce came to a standstill.

When the spring thaw came, it flooded thousands of hectares of farming lands.

Bread riots broke out in March 1789 in Brittany, then in Flanders and elsewhere, with rioters — not salespeople — setting prices in shops and marketplaces alike.

In April 1789, the disturbances spread to Paris, where people were anxious about the "lean months" between the exhaustion of one year's crops and the harvesting of the next in late summer.

Grain prices rose rapidly in an economic environment already depressed by a long recession. By July 1789, a loaf of bread cost four and a half sous in Paris and as much as six sous elsewhere.

Hungry day laborers were only too glad to join in riots over food prices. Rumors of widespread disorder spread like wildfire through the countryside.

Desperate families stopped grain wagons and seized their cargoes, paying the appropriate price — or simply helping themselves. With bread prices higher than they had been in almost 20 years, many people expected even larger hungry mobs to take to the streets.

When the riots did come, they were triggered by a chance remark by a wallpaper manufacturer named Reveillon, who said in a public meeting that the government should lower grain prices so that wages could be limited to 15 sous. Rumors of impending wage reductions swept the restless capital.

The bread riots and harsh security efforts that tried to expel vagrants from Paris and other urban centers heightened the anxiety. Everyone believed the aristocrats would forge an alliance with brigands — and wage war against the poor.

In fact, the alleged alliance was a rumor propagated by revolutionaries who saw an aristocratic plot at every turn. Bands of peasants armed themselves throughout the country.

The insurgents searched for grain stores and especially for legal documents establishing feudal rights, which were then promptly burned.

In some cases, nobles were forced to sign declarations that they would not reimpose them in the future.

The disturbances were remarkably orderly — except when lords or their agents resorted to violence. Then there was bloodshed and burnings. Some bands were led by men who even bore false orders to have come from the king himself.

As if all of that weren't incendiary enough, a prolonged drought now added to the chaos. Rivers dried up and watermills came to a standstill, resulting in a flour shortage — and yet another surge in food prices.

By mid-September 1789, the women of the markets were leading the agitation that led to the famous march to Versailles on October 5, 1789. Two columns of protesters marched in the rain to the palace to present their demands to Louis XVI.

He promptly gave orders to reprovision the capital and sanctioned the National Assembly's August decrees and the all-important Declaration of Rights of Man and Citizen, which was to form a partial basis for the new Constitution.

The royal family was forced to accompany the crowd back to Paris — and the ancien regime collapsed.

The Great Fear was, in the final analysis, the culmination of a subsistence crisis that had brewed for generations, of a chronic food shortage triggered by draconian land policies and sudden climatic shifts that pushed millions of French peasants across the fine line separating survival from deprivation.

The panic was followed by a violent reaction, when the countryside turned against the aristocracy, unifying the peasants and making them realize the full extent of their political power.

There would probably not have been a French Revolution if hate for outmoded feudal institutions had not unified peasant and bourgeois in its attempted destruction.

The events of 1789 stemmed in considerable, and inconspicuous, part from the farmer's vulnerability to cycles of wet and cold, warmth and drought. As Sébastian Mercier had written prophetically in 1770: "The grain which feeds man has also been his executioner."

Adapted from the book, The Little Ice Age, by Brian Fagan. Copyright © 2001. By arrangement with Basic Books, a member of the Perseus Books Group. All rights reserved.