When the United States Strikes Out

How does the world’s largest economy perform on the three most important tasks to create a better global economy? 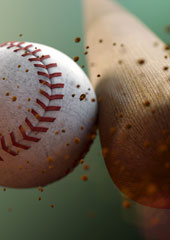 Just before Christmas, the IMF provided a new scoring system for the economies of the world. Its managing director, Christine Lagarde, set out three goals by which nations around the world ought to measure their performance in the aftermath of the global financial crisis.

The first requirement is a “flexible monetary policy” that needs to be paired with “budgetary adjustments, including concrete plans to reduce public debt without undermining short-term growth.”

The second requirement is a better global financial system, which remains a big challenge for the United States and Europe alike.

And the third requirement concerns the “quality and inclusiveness of growth.” The IMF advocates for “a different kind of growth” that “cannot be just a by-product of untamed globalization, but must include everyone.”

Given those three criteria, it is important to recognize that the United States basically strikes out on at least two of the three. While it can take some credit for having a flexible monetary policy, the political will to lay down “concrete plans to reduce public debt” is nowhere in sight.

That will is not in sight when income taxes are only being re-adjusted to the pre-Bush level only for households making in excess of $450,000 a year. Americans are increasingly considering themselves as the “untaxable ones.”

What the fiscal cliff deal, reached after time had expired, underscored once again a structural deficiency in the U.S. political set-up. The country has gone without a regular budget for years, and it likes to sweep all extraordinary expenses such as war-making under the rug by making them “off-budget” items.

The political odds for that to change are very low. The U.S. political system seems to regale in the art of “kicking the can down the road” — i.e., taking one haphazard, short-term stop-gap measure after another.

Given the preeminent U.S. role in the world, one can only consider this as reckless behavior. What makes it downright distasteful is the fact that America’s fiscal problems are eminently solvable.

But such a resolution would required a basic readiness to compromise. In mature economies and cultures, that is what separates the business of politics from futile exercises in extremism.

Republican intransigence is not the only culprit. Still, the fact that the last time before just now that any Republican member of Congress voted for an income tax increase was back in 1993 — two decades ago — remains bewildering.

Democrats, too, are to blame. Their new party mantra, preserving the Bush tax cuts for households making less than $450,000 a year, is a recipe for fiscal disaster as well. This move basically takes all but the top 1% off the table with regard to generating more revenues from higher income taxes.

This is bound to lead to all sorts of problems in the future. Lest we forget, Republican propaganda notwithstanding, U.S. personal income tax rates are quite low compared to other developed countries.

Second, even before the onset of the financial crisis, the United States exhibited a chronic weakness in spending between three and four percentage points more even in good years than it took in.

Third, at a time when there is talk everywhere about broadening the tax base, Democrats have just taken one giant step backward — by narrowing that base dramatically.

Even if the United States were to resort to current French-style marginal tax rates for the truly well-off, there is no way to close the regular budget hole.

The rating agencies would be well-advised to consider another downgrade of United States. No other country faces a similarly profound structural impediment, rooted deeply in the political system, to making ends meet.

This structural deficit applies to the political system just as much as to the illusory wishes of the population to follow the Democrats’ lead on lots of public expenditures, and the Republicans’ lead on demanding low taxes. That seems to be the new, crass form of the American Dream.

The rating agencies would also be well advised to factor in increasing social risks when they determine U.S. debt futures. After all, the United States strikes out big time when it comes to the IMF’s third milestone — the quality and inclusiveness of growth.

We live in an era when the U.S. income distribution mimics that of the gilded era in the late 1890s. And the country’s answer to that depressing reality is to reduce taxation levels for every household making less than $450,000 a year. That threshold, mind you, is about nine times the median household income in the United States.

In all other countries that come to mind, protecting such elevated levels of income is the sole preserve of conservative parties. In the United States, it is a matter of bipartisan consensus.

The only rational choice under those circumstances would be for Americans favored with such handsome levels of income to “pay” for that by losing many of their tax exemptions (such as by limiting the deductibility of home mortgage interest).

Interestingly, those benefits disproportionately accrue to the upper middle class — which means low odds in political economy terms that this may actually happen.

But the challenge for the United States, as laid down by the IMF, does not just lie in the lacking inclusiveness of economic growth. It applies just as much to its quality. Other than a hyper-accommodative monetary policy, the U.S. answer to the economic downturn has essentially been one of “more of the same.”

And so the nation is back to hyping home construction, even though it is entirely unclear that the younger generation, overwhelmingly minorities, will have the disposable income required that would allow them to save even for a downpayment.

It is also back to hyping car purchases, fueled by low-interest loans. And back to the proposition to have having young Americans go into debt further by taking out college loans. And in blasting the environment via a mind-boggingly naive hyping of shale gas, declaring it a new godsend that will fix virtually all of America’s ills.

If only it were so easy. What is astonishing to see is just how much the United States, long held out to be the most agile, adaptable nation on earth, is stuck in its past ways. Instead of innovating, it procrastinates. Instead of clearing the deck, it resorts to rhetorical fixes. That definitely is not the America the world had come to believe in.

By the IMF’s score, in light of the milestones laid out at the outset, the United States has a score of 0 for 3. Old Europe certainly has its issues and challenge too. But it is scoring around 1 for 3.

It does significantly better than the United States on the inclusiveness of growth as well as on concrete plans to reduce public debt. True, there are those who argue that this resolution may have come at the price of undermining short-term growth.

But if 2013 does bring the beginnings of a definite economic turnaround in Europe, and the odds are it might, then the Europeans will eventually manage to score a full point on this issue.

By the IMF's score, in light of the milestones laid out at the outset, the United States has a score of 0 for 3.

The political will to lay down "concrete plans to reduce public debt" is nowhere in sight.

A basic readiness to compromise is what separates the business of politics from futile exercises in extremism.

No other country faces a similarly profound structural impediment, rooted deeply in the political system, to making ends meet.

By the IMF's score, in light of the milestones laid out at the outset, the United States has a score of 0 for 3.

The political will to lay down "concrete plans to reduce public debt" is nowhere in sight.

A basic readiness to compromise is what separates the business of politics from futile exercises in extremism.

No other country faces a similarly profound structural impediment, rooted deeply in the political system, to making ends meet.

What Next for Italy?