What Next for Italy?

Will elections in February help change the country’s economic fortunes? Or will it take something far more radical? 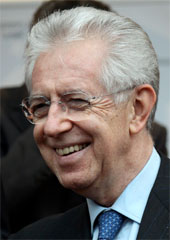 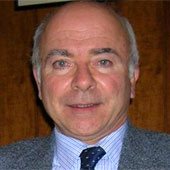 Paolo Paracchini is a legal consultant to Italian, American and English businesses.

From 1945 until 1989, when the fall of the Berlin Wall marked the beginning of the end of that long period of armed confrontation known as the Cold War, an “iron curtain” was said to have descended on Europe.

Unnoticed by many, a similar iron curtain also descended on Italy. However, unlike the geographical iron curtain that physically cut Germany in two, Italy’s iron curtain took on the more subtle form of political division.

Invisible to the naked eye, Italy’s political iron curtain soon polarized Italians between the largest Communist party outside of the Soviet Union and the pro-Western Christian Democrats.

Diametrically opposed at the time, these political forces and their allies produced the compromise that is the Italian Constitution of 1947. It is a verbose document comprised of 139 articles that mixes Communist-inspired and Western principles of government into a confusing cocktail that often requires the interpretation of Italy’s politicized judiciary.

True to form, Italian domestic politics since the 1950s have mirrored the bloc politics of the Cold War. The Berlin Wall came and went, but Italy’s invisible wall continued to divide Italians politically.

Criminal probes by the Milan District Attorney’s office into political corruption during the early 1990s wiped out the political parties that had represented pro-Western values and voters during the Cold War.

But in a peculiar accident of Italian history, which some blame on the alleged illicit involvement of Western countries, particularly the United States, they spared those that represented pro-Communist values and voters.

To this day, Italy’s cast of professional politicians are products of the Cold War era. Weaned on the political wheeling and dealing behind closed doors typical of the “First Republic” (1945 to 1994), Cold War leaders cut across party lines and can be found on either side of the political spectrum.

Former Berlusconi allies such as Gianfranco Fini (leader of National Alliance Party) and Pier Ferdinando Casini (leader of the Union of Christian Democrats) have never hidden their preference for the “good-old-days” of the First Republic.

On the left side of the political spectrum, among the leaders who rose to prominence during the Cold War years, Pier Luigi Bersani and Giorgio Napolitano are the most notable.

They favor big government and a centralized bureaucracy. They are opposed to any amendment of the Italian Constitution, especially along more efficiency-oriented federal lines, since that would reduce the number of political posts to be doled out.

They were also no competition for an amateur politician named Silvio Berlusconi and his quest for a presidential democracy.

It took until the fall of 2011 to force Berlusconi to resign, despite all the trials and tribulations he put himself and the country through during his terms in office.

His shenanigans included his fatal attraction to scores of young women to presumed ties to organized crime, not to mention an acute form of anti-Communist bias, bordering on paranoia.

Following his eventual resignation, Mr. Berlusconi was replaced by Mario Monti. The former EU Commissioner and professor of economics has recently announced his resignation.

While Mr. Monti’s political future is somewhat unclear at this time, he has strongly hinted recently that he is ready to serve once again as prime minister following elections in February. What is unclear is whether he will stand as a candidate of a party or grouping himself during the elections or seek to hold on to a position above partisan politics.

If that does not pan out, the Bel Paese could fall back into the very hands of the same cast of professional politicians responsible for the country’s colossal national debt of about €2 trillion, incurred even before the advent of Mr. Berlusconi.

It is the bipartisan cast of politicians that, while feathering its own next and padding its own bank accounts, never managed to bring about a significant modernization of Italy’s infrastructure or any meaningful development of the country’s South.

Much of that leadership, including the 87-year-old President Giorgio Napolitano, has been in politics practically since the Republic was founded in 1947. It views any change that might impact individual careers as a threat to democracy itself.

They prefer a political system based upon a galaxy of political parties orbiting around one another, which they see as more natural and so much more Italian.

Yes, the Italian economy is in trouble, not least because of the fallout from the U.S.-triggered financial crisis of 2007. But it is only a side show compared to the main root of the problem.

The system devised by the founding fathers of the Italian Republic has substantially failed because of its inability to adapt to the changing sociopolitical circumstances within the country (as well as beyond its borders) following the fall of the Berlin Wall.

The reasons for such failure are complex. Italy’s rigid constitution makes amendments next to impossible. Judicial review and court precedent, while known, are limited in scope and application.

Of course, the “system” was devised for that very purpose — to “freeze” the status quo that emerged at the end of World War II. In that, the Italian system of government has proved most successful.

In many ways, Italy is a political Jurassic Park in which ideological dinosaurs from the Cold War era still roam the political landscape, engaged in a seemingly endless struggle for political survival.

Italy’s main challenge is that it is a country stuck in a political time warp where “Die Mauer” never fell and where an iron curtain continues to divide the country politically.

Accordingly, the Cold War continues to be played out by the politicians on an almost daily basis in one long, seemingly endless, domestic feud.

The world may have moved on, but public enterprise and state jobs are still central to the “Italian Dream.” Why work for the private sector when you can work for the state, where people are generally paid more for working less and where jobs come with a lifetime guarantee?

Italy is a land where even state workers — which include doctors, judges, policemen and firemen — are allowed to unionize and go on strike. Even lawyers are known to go on strike.

In February, Italians will be able to vent their anger at the cast of professional politicians and bureaucrats that has led them to the brink of default and decline by voting for people like the Italian comedian Beppe Grillo and his Five Star Movement.

Or they could give the “Italian Dream” one more try, perhaps by voting for Mr. Bersani. This mild-mannered 61 year-old, a former Communist apparatchik and now secretary of the Partito Democratico, became his party’s official candidate for prime minister after beating Matteo Renzi, the young, flamboyant Mayor of Florence in the party’s recent primaries.

Chances are that none of the above will prevail, which could mean a good hand for Mario Monti.

Before we get our hopes too high, we need to realize the truth that Italy’s political system has never worked well. The problem is not so much due to an individual leader or leadership, but the political system as a whole.

Indeed, it can be argued that the country’s system of government was purposely engineered by the Republic’s founding fathers to ensure that no one political force or coalition of forces could ever succeed in forming strong, cohesive governments.

As a result, the executive, legislative and judicial branches usually work at cross purposes — lest they threaten to topple the delicate balance of power that domestically mirrored the bloc politics of the Cold War.

Intriguingly, Mr. Monti (like Mr. Berlusconi) is viewed by Italy’s professional politicians as extraneous to the political leadership, but not to the “state.”

A political outsider, Mr. Monti is the high-ranking civil servant who was selected as prime minister by President Napolitano. Despite his public vacillations, Mr. Monti could conceivably return as prime minister or play a role as one of the new Italian cabinet key ministers in any future “political” government.

There is little denying that Italians need a better political system to make real progress in the country. The sooner they realize this, the better for everyone, including the other EU countries that must worry about Italy eventually going over a fiscal cliff.

With its irrepressible penchant for manufacturing political crises, Italy has succeeded in but one thing — never to focus on the real issue, which is fixing the economy and updating Italian society.

Unfortunately, there is no quick or easy solution to the Italian malaise short of a full-blown “constitutional convention” aimed at rewriting the present Constitution or creating a new system of government altogether.

Whoever wins the next elections will be hard pressed to avoid default, let alone reverse the country’s economic decline.

Italy is a political Jurassic Park in which ideological dinosaurs from the Cold War era still roam the political landscape.

Italy is a country stuck in a political time warp where "Die Mauer" never fell and where an iron curtain continues to divide the country politically.

The world may have moved on, but public enterprise and state jobs are still central to the "Italian Dream."

In February, Italians will be able to vent their anger by voting for people like the Italian comedian Beppe Grillo.

Whoever wins the next elections will be hard pressed to avoid default, let alone reverse the country's economic decline.

Paolo Paracchini is a legal consultant to Italian, American and English businesses.

Italy is a political Jurassic Park in which ideological dinosaurs from the Cold War era still roam the political landscape.

Italy is a country stuck in a political time warp where "Die Mauer" never fell and where an iron curtain continues to divide the country politically.

The world may have moved on, but public enterprise and state jobs are still central to the "Italian Dream."

In February, Italians will be able to vent their anger by voting for people like the Italian comedian Beppe Grillo.

Whoever wins the next elections will be hard pressed to avoid default, let alone reverse the country's economic decline.

Beyond the Mayan Calendar: Doomsdayism is Alive and Well