Yemen: How Europe Kowtows to America

European leaders either follow obediently in America’s wake or hold their tongues. 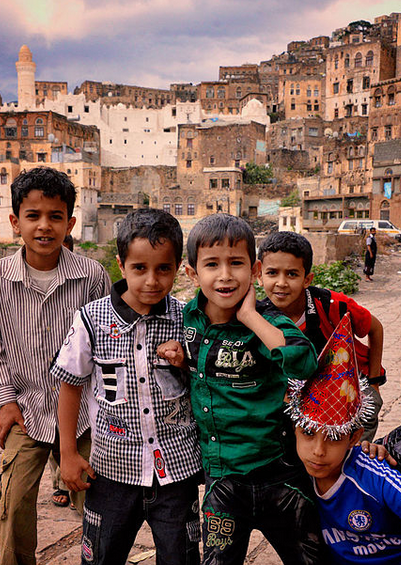 Yemen’s civil conflict has been cynically exploited by Saudi Arabia’s assertive new leadership. Riyadh’s aim is to dominate the country to expand its hegemony over the Arabian Peninsula.

Saudi Arabia’s armed intervention has entailed a protracted air campaign that makes no distinction between civilian and military targets. It is called Operation Restore Hope (somebody deserves a star for that one).

In addition, it imposes a naval blockade in which American ships participate indirectly. The blockade, now including a disruption of emergency airlifts by the UN, has been extended to prevent food and medical deliveries to a devastated population.

The Saudi-led campaign literally could not be conducted without American assistance. Its military provide vital refueling for Saudi aircraft and crucial targeting intelligence.

Washington’s private justification is that it is imperative to appease the Saudis upset by the nuclear accord with Iran against whom it was pressing the Americans to go to war. The public excuse is that Iran is “meddling” by supporting the Houthi forces and those of former President Salah.

No knowledgeable person accepts the proposition that the Houthis are a proxy for Iran. The American policy exacerbates the region’s Sunni-Shiite divide, encourages a strategic contest between Saudi Arabia and Iran, and chooses the Sunni side in this historical rivalry.

The Europeans, by their tacit approval and/or silence, are complicit in yet another historic strategic and humanitarian blunder.

Indeed, British officers have worked alongside the Americans in advising the Saudis on the technicalities of identifying targets and designing the most efficient attack plans.

That is at once symbolic gesture of solidarity with the KSA and a means to knit ties with the Saudi security establishment who are in the market for advanced Intelligence/communications technology in addition to hardware.

London has been the most forthright ally in buying into the Saudi/American strategy. Former British Ambassador to Yemen, Edmund Fitton-Brown, bluntly told a public gathering last year that the Houthis were “extremists” who had to be crushed.

He parroted the Saudi line about their being instruments of Iranian ‘imperial ambition’ point-by-point. This attitude derives from the UK’s unqualified commitment to staying in the good graces of the Saudi royal family, now led by the unstable Mohammed bin-Salman.

British military personnel also have been active in Syria. Some hundreds have aided the U.S. in training a motley array of opposition units in camps established in Jordan, Turkey and Southeastern Syria.

This is the project that produced the ill-starred contingent which defected to Daesh as soon as they were airlifted to the northern sector a few years back. Others joined American troops in seizing the border town of Al Tanf with the aim of preventing the SAA from linking up with Iraqi militia forces.

The campaign was part of a wider plan to establish a Coalition protectorate in the lower Euphrates Valley – without permission from either the Syrian or Iraqi government. To what end is Top Secret.

Out-maneuvered by the SAA/Russians, they have since withdrawn. Other “moderates” sold their arms to the Salafists with Jordanian army officers acting as middle-men. A few fight under ISIS or al-Qaeda command in the vicinity of Deraa.

The entire South Front operation is now unravelling – leading to the retreat of the British advisers with nothing to show for their 3-year deployment against Assad.

General Joseph Votel, head of Central Command, had the audacity to drive to the Saudi-Yemen border last month on the very day that Saudi aircraft killed another 40 Yemeni civilians in a hotel north of Saana.

His purpose: to get “a first-hand look” at how things were going in the murderous assault. There is only one conceivable reason for the visit: to extend America’s moral support to the Saudis in their relentless campaign to inflict punishment on the Houthis. In an unwitting commentary on the war, part of his team went astray in the desert.

The brutal truth is that almost none of the Saudi strikes that have killed tens of thousands, destroyed much of the country’s infrastructure, brought famine and epidemic disease to the population, could have been made without tangible American assistance and even participation (the above-noted critical refueling of Saudi airplanes).

Votel is not the only American military man in Saudi Arabia. Hundreds of officers have been sitting in air-conditioned offices there providing targeting intelligence, technical support, and counsel for the past two years.

The allies’ complicity in the Yemen tragedy manifestly endangers cardinal European interests, e.g. terror (by creating unprecedented opportunity for both al-Qaeda and ISIS to entrench themselves there), refugee flows, secure energy supplies.

It shreds the EU’s moral authority. Yet, European leaders either follow obediently in America’s wake or hold their tongues.

The appalling consequences of the Yemen conflict include the spread of cholera – half a million cases so far.

The Saudi-led campaign in Yemen literally could not be conducted without American assistance.

London has been the most forthright ally in buying into the Saudi/American strategy in Yemen.

The appalling consequences of the Yemen conflict include the spread of cholera – half a million cases so far.

The Saudi-led campaign in Yemen literally could not be conducted without American assistance.

London has been the most forthright ally in buying into the Saudi/American strategy in Yemen.

The World Today: A Net Assessment