By Christopher A. Preble 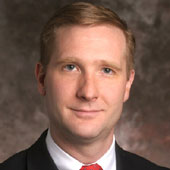 Director of Foreign Policy Studies, Cato Institute Christopher A. Preble is the director of foreign policy studies at the Cato Institute. Before joining Cato in February 2003, he taught history at St. Cloud State University and Temple University. He was a commissioned officer in the U.S. Navy and is a veteran of the Gulf War, […]

Recognizing the need to lay out a foreign policy agenda defined by more than opposition to the war in Iraq, Senator Obama set out to explain his broader vision for U.S. foreign policy in an April 2007 speech before the Chicago Council of Global Affairs.

The speech contained a healthy helping of high-minded rhetoric about the need “to stay on the offense, from Djibouti to Kandahar,” of leading a global effort “to keep the world’s deadliest weapons out of the world’s most dangerous hands,” of the need to build “stronger alliances,” and of leading “a stronger push to defeat the terrorists’ message of hate with an agenda for hope around the world.”

The few concrete recommendations, including his proposal to increase U.S. foreign aid spending to $50 billion by 2012, are conventional in the sense that they are designed to appeal to his party’s liberal base.

Equally conventional is his invocation of Franklin Roosevelt. Obama, channeling FDR, explains that the United States leads “the world in battling immediate evils and promoting the ultimate good.” And so we must. “We must lead by building a 21st century military to ensure the security of our people and advance the security of all people.” (Emphasis added)

This expansive vision for what the United States can and should do is consistent with Obama’s endorsement of a permanent increase in the size of the military, an additional “65,000 soldiers to the Army and 27,000 Marines.”

Many of the other candidates aspiring for the nomination have embraced the idea of growing the military, and the logic is consistent with Obama’s accurate observation that “the war in Afghanistan and the ill-advised invasion of Iraq have clearly demonstrated the consequences of underestimating the number of troops required to fight two wars and defend our homeland.”

But there are two ways to solve this problem — by either restraining the impulse to intervene militarily or by increasing the military. Obama conceded as much. “Of course,” he explained, “how we use our armed forces matters just as much as how they are prepared.”

However, the underlying message of his speech, and of his specific proposals, implies a willingness to use force abroad that might be nearly indistinguishable from that of the current occupant of the White House.

Perhaps that explains why the junior senator from Illinois won praise from Robert Kagan, the Washington Post columnist. He seemed genuinely excited about Obama’s embrace of a highly activist foreign policy.

Kagan had a hand in shaping that policy in the mid-1990s, when he (along with William Kristol) called for the United States to play the role of “benevolent global hegemon” — i.e. “world’s policeman.”

The Iraq war and other global misadventures have revealed that being the world’s cop is a costly undertaking.

And although 76% of Americans, according to a recent poll taken by the Chicago Council on Global Affairs and WorldPublicOpinion.org, say that the United States is “playing the role of world policeman more than it should be,” Kagan believes that he has found yet another politician who believes the United States doesn’t play the role often enough — hence his praise for “Obama the Interventionist.”

But what does Barack Obama actually believe? Is he more or less inclined than his predecessors to intervene militarily? When asked about his stance on Iraq, Obama has explained that he was not opposed to all wars, just “dumb wars.” This makes for a good soundbite, but it does not tell us much about how he would approach the most important decisions that a president will make.

In his speech to the Chicago Council, he attempted to elaborate. He explained: “No president should ever hesitate to use force — unilaterally if necessary — to protect ourselves and our vital interests when we are attacked or imminently threatened. But when we use force in situations other than self-defense, we should make every effort to garner the clear support and participation of others.

“And when we do send our men and women into harm’s way, we must also clearly define the mission, prescribe concrete political and military objectives, seek out advice of our military commanders, evaluate the intelligence, plan accordingly — and ensure that our troops have the resources, support and equipment they need to protect themselves and fulfill their mission.”

A willingness to ask such questions ties into his pledge to restore U.S. global leadership by “building the first truly 21st century military and showing wisdom in how we deploy it.”

Unfortunately, Obama’s broader vision for restoring U.S. leadership betrays all of the excesses of “indispensable nation” hubris that entangled U.S. forces in a host of dubious missions in the 1990s.

“It’s going to take a generation or so,” she told Newsweek senior editor Michael Hirsh in an article for the Washington Monthly, “to reclaim American exceptionalism.” Power lamented that Americans were “neither the shining example, nor even competent meddlers” in the world’s problems.

Is that what Barack Obama offers the electorate — to be a more competent meddler?

To answer that question, we have to go back to the smart war-dumb war paradigm. Using his own calculus, which of the other major military actions conducted by the U.S. military since the end of the Cold War would be classified as “dumb wars”?

And what of the military actions that were not taken? Would President Obama have sent U.S. troops into Rwanda in 1994 — in an attempt to halt the genocide that occurred there? The real test case might be Darfur. And yet, the subject merited just 32 words near the beginning of Obama’s Chicago speech.

In the course of documenting his travels around the world over the past two years, the senator recounts, “At a camp along the border of Chad and Darfur, refugees begged for America to step in and help stop the genocide that has taken their mothers and fathers, sons and daughters.”

Yet, nowhere in the remainder of the speech does candidate Obama spell out what he would do to halt the killings. This is a pretty remarkable oversight coming from a man who wrote, in a Washington Post op-ed co-authored with Senator Sam Brownback (R-KS) in December 2005, that “only the United States, working in concert with key nations, has the leverage and resources to persuade Khartoum.”

A few months later, Obama said that Americans were “going to have to provide our military hardware, like trucks and helicopters” to a 20,000-man U.N. peacekeeping force in Darfur — and get “Canada, Australia and non-engaged European nations to commit the troops.”

But why would those other nations agree to risk the lives of their men and women when Americans were risking only trucks and helicopters? Answer: they wouldn’t.

The simple truth is this: Since the end of the Cold War, the Unites States has regularly engaged in military action, often in places that had no connection to U.S. vital interests — and Americans have learned to hate these interventions.

Three out of every four Americans are fed up with “benevolent global hegemony” and are now looking to more equitably share the burdens of policing the globe with other countries.

This solid majority is weighing the costs and benefits of global leadership, and most believe that global engagement need not take the form of U.S. men and women in uniform risking their lives in dubious missions of questionable import — while the rest of the world looks on from a distance. It didn’t all begin with Iraq, but Iraq certainly brought the costs and risks in sharp focus.

On the other side of the ideological divide are Robert Kagan and the other leading advocates for the Iraq war that Obama has labeled “dumb.” Whereas most Americans believe that the United States has taken the lead too often, and paid too many of the costs of policing the globe, there are folks who believe that U.S. military power has not been used often enough.

Where does Senator Obama stand? Despite his recent speech, we still don’t know. And until he explains more clearly his approach to military intervention and the use of force, we won’t.

Director of Foreign Policy Studies, Cato Institute Christopher A. Preble is the director of foreign policy studies at the Cato Institute. Before joining Cato in February 2003, he taught history at St. Cloud State University and Temple University. He was a commissioned officer in the U.S. Navy and is a veteran of the Gulf War, […]