California Vs. the United States

California is a land of its own, constrained by 49 other states. How many of the smallest U.S. states would it take to reach the population of California? 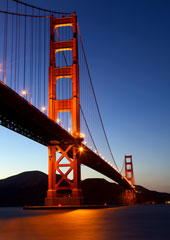 California is by far the U.S. state with the largest population. It has double the number of people that live in the state of New York and 50% more people than Texas.

We wonder: How many of the smallest U.S. states would it take to reach the population of California?

California is the third-largest U.S. state in terms of land area. In a global context, it is about as large as Sweden, Europe’s fifth-largest country.

In population terms, Washington, D.C., the nation’s capital, with its population of 632,000, would be the third-smallest U.S. state, ahead of only Vermont and Wyoming.

However, because of its Constitutional designation as the national capital, it is classified a federal district rather than as a state. This means the citizens of Washington, D.C. have only limited representation in the U.S. Congress compared to other Americans.

One way to end their disenfranchisement would be for Congress to make the District the 51st state. This would give the District’s voters the ability to elect two U.S. Senators and a member of the U.S. House of Representatives with full voting privileges.

However, the District’s status as the national capital complicates this path to statehood.

Another solution would be to return the District — except for a small enclave of federal government buildings — to the state of Maryland, which donated the land to form the District in 1791. Neither of these actions appears imminent.

The fact that the population of the District is majority black (52%) has led some to conclude that race is a factor in thwarting D.C.’s bid for statehood. Furthermore, the District’s solid majority of Democratic Party voters gives Republicans in Congress little incentive to vote for statehood.

Another factor may be the reluctance of Congress to create another extremely small population state, which would further increase the already significant power of small states in the Senate.[/toggle]

Only six of the 50 U.S. states have a population of less than one million people — Delaware, South Dakota, Alaska, North Dakota, Vermont and Wyoming.

By comparison, nine of Europe’s 44 countries have fewer than one million people. The same is true for only four countries in Asia (Cyprus, Bhutan, Brunei and the Maldives) — and only one country in Africa (the island nation of the Seychelles).[/toggle]

The ten least-populous U.S. states have an average population of 909,000 — for a total of 9.1 million people. In addition to the six listed above, they include Maine, New Hampshire, Rhode Island and Montana.

Political representation is a sensitive issue for the American people, especially in the context of the very powerful U.S. Senate. For example, California’s two senators represent 66 times more people than Wyoming’s.

Illustrating the disproportionate power of small states, 51 senators from the 26 least-populous states — a majority capable of passing legislation — represent just under 18% of the U.S. population. An even smaller number (40) — representing 11% of the population — could work together to block legislation through the so-called filibuster.[/toggle]