Will America now respond to the 21st century threat of climate change and lead? Or will ambivalence prevail? 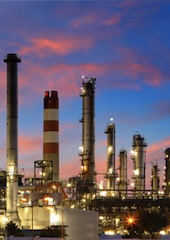 U.S. President Barack Obama’s bold use of executive authority to combat climate change through the Clean Air Act is an admission that the national consensus he has sought to forge has proven elusive.

Even the year’s Republican standard-bearer, presidential nominee John McCain, was on board with taking action.

Former Republican House Speaker Newt Gingrich and then-House Speaker Nancy Pelosi, a Democrat, appeared “on the couch” together in front of the Capitol in a political advertisement .

The arch-conservative Mr. Gingrich stated, “We do agree, our country must take action to address climate change.”

This emerging bipartisan consensus fell apart with the onset of the Great Recession. Today, a partisan divide endures not just in Washington, but across America.

The American Council for an Energy Efficient Economy ranks “blue states” — led by Massachusetts, California and New York — among the most progressive in implementing policy measures to improve energy efficiency.

Meanwhile, “red states,” such as West Virginia, North Dakota, and Mississippi are among the least forthcoming.

This partisan divide can be seen in residential energy efficiency. Heating, cooling and powering U.S. homes comprises over 20% of U.S. energy consumption and CO2 emissions.

Consider the state of Georgia, where my company retrofits homes to make them energy efficient in the Atlanta area. The vast majority of homeowners who invest in these improvements are in the more liberal dominated “blue” neighborhoods. In more conservative “red” areas, adoption of these improvements is much less prevalent.

The industrialized countries of Western Europe, where energy conservation has been a mainstay of lifestyles for decades, have been taking the lead on improving energy efficiency and action to combat climate change.

In the United States, by contrast, it is largely consumption as usual.

Why do Americans remain so ambivalent about improving their energy efficiency and taking action on climate change?

Any constraint to limit Americans’ use of energy is seen by many as antithetical to the essence of the American Dream.

The nation’s very founding held the promise of unbounded possibility — from the Founders’ bold experiment in democracy to the manifest destiny of America’s westward expansion to the Pacific.

For the better part of the 19th and 20th centuries, the United States continued to fulfill this promise in leading the world’s industrial expansion.

But there was one big hitch. Scientific evidence now demonstrates that the United States and other industrialized nations have unwittingly altered the Earth’s ecological balance.

Much of the problem comes from those industrialized economies’ massive emissions of greenhouse gases, such as carbon dioxide and methane gas, from the combustion of fossil fuels.

This apparent contradiction — between Americans’ penchant for a world of unbounded possibility and the challenge to transform how they exploit the world’s energy resources — will define how the American narrative unfolds in the 21st century.

The last century — the “American century,” no less — was punctuated by that Greatest Generation, which responded to a call to defend the world against fascism.

Will America now respond to the 21st century threat of climate change and lead, or will ambivalence prevail?

The U.S. intelligence community believes the time for action on climate change is now.

The U.S. National Intelligence Council’s 2012 Global Trends 2030 report identifies climate change as one of four megatrends and concludes, “By 2030, the emissions trajectory will be cast, determining this century’s climate outcome.”

In fact, U.S. carbon emissions have fallen by 6.9% from 2005 to 2011. But this is largely as a result of the economic contraction and the boom in natural gas from fracking operations, allowing power plants to convert their energy source from coal to less carbon-intensive natural gas.

Rather than a concerted U.S. effort to reduce carbon emissions, these measures are purely circumstantial.

In Canada, carbon emissions increased by 18.9% from 1990 to 2011. A significant part of that has come from the carbon-intensive production of crude oil from Alberta oil sands.

Canada consequently withdrew from its obligation to reduce carbon emissions under the Kyoto Protocol — the first time the country has ever reneged on an international treaty.

What if these natural resource endowments were reversed, with the United States facing the prospect of exploiting a new source of carbon-intensive oil reserves?

Would the U.S. choice be to produce and pollute, or would the resources be produced in a way to neutralize their carbon emissions?

While the United States has been the world’s leading contributor to the stock of carbon emissions over the last century, action by the U.S. and other industrialized nations alone will not suffice to combat climate change.

China and India are now planning to bring on over 800 coal-fired power plants with over one million megawatts of new capacity.

According to the U.S. Energy Information Administration, each country is expected to increase its CO2 emissions by over 50% from 2011 to 2030.

The climate change challenge for the 21st century requires a multilateral compact to transform how all the world’s leading economies consume energy.

To date, the U.S. negotiating position has been to require firm commitments from each of the world’s leading emitters if Americans are to be bound to any firm obligations.

But the leadership of emerging economies such as China and India expect the historical carbon polluters first to take the lead. In effect, the United States has tied a Gordian knot that binds the country to inaction.

In announcing his executive actions on climate change, Mr. Obama said, “I am convinced this is the fight America can, and will, lead in the 21st century.

And I’m convinced this is a fight that America must lead.” As in any endeavor, leadership must begin with action. However, U.S. executive action alone will not carry the day.

If not now, when?

Each generation of Americans offers fresh perspectives and renewed promise. I was recently out knocking on doors in one of Atlanta’s more politically conservative neighborhoods, pitching my company’s home retrofits.

A boy of about 12 years old came to the door. His parents were out, so I gave him my business card to pass on.

“You can tell them that I’m the guy who makes homes energy efficient,” I said.

So maybe there is hope. The question is whether Americans really want to pass this fight on to his generation.

Obama's bold use of executive authority is an admission that the national consensus he sought has proven elusive.

Americans are torn between a belief in a world of unbounded possibility and the need to transform energy use.

The heating, cooling and powering of U.S. homes is over 20% of all U.S. energy consumption and CO2 output.

Obama's bold use of executive authority is an admission that the national consensus he sought has proven elusive.

Americans are torn between a belief in a world of unbounded possibility and the need to transform energy use.

The heating, cooling and powering of U.S. homes is over 20% of all U.S. energy consumption and CO2 output.