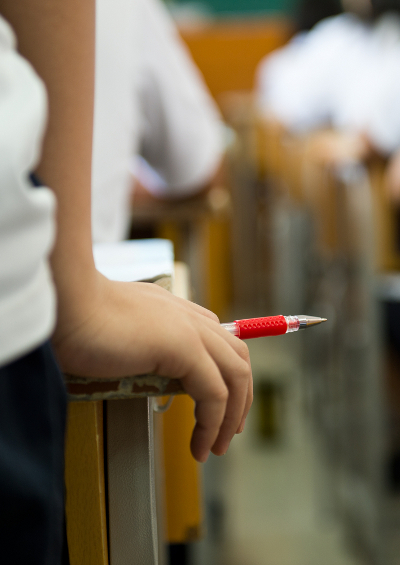 China’s youth is experiencing growing frustrations. The government will have to do more to maintain social peace.

A significant part of this group is well-educated, tech-savvy and hooked into global culture. Growing numbers of them now study overseas. Since 1978, some 1.5 million Chinese students and scholars have traveled overseas for studies.

However, there is a real divide between China’s urban and rural areas. The massive expansion in higher education in China has mainly benefited young people living in cities. In the countryside, the quality of schools and access to computers are inferior.

Moreover, with an income gap between urban and rural dwellers of 4-to-1, people living in rural areas have far fewer resources available to them — and thus have a much greater chance of living in poverty. Never mind that rural youth also have much less exposure to social media and pop culture.

A tale of two youths

That does not seem so terrible given that two-thirds of China’s youth population live in the city. However, there is a crucial distinction to be made: Half of these young people, in effect, are full urban citizens, thanks to the residency status of their parents, while the other half aren’t so lucky.

Under China’s “hukou” system, it lacks those rights – and is, in effect, an urban underclass. The fact that half of China’s rural youth have moved to cities does not really help when it comes to the most important tool of self-advancement – education.

They may live in the city, but they are still tied to holding an agricultural “hukou” (household registration). This hukou registration system was implemented by Mao in the 1950s to restrict the movement of farmers to the city.

While people are now free to move around China, they only have access to education, health and other social services in the locality of their hukou. The lack of access to such services in the city by rural migrants is one factors driving China’s widening inequality.

The Chinese government has announced its intention to loosen the hukou system over time. But we will have to await the outcome, as empty promises have been made in the past.

One reason for skepticism is that relaxing the hukou system would have adverse budget implications for city governments. Many urban residents are not keen to share their privileges with country bumpkins, to put it charitably.

This underclass generally ends up in a lower skilled job and in the informal sector. With few rights and protections, they often suffer labor rights abuses.

They are also much less likely to be members of the Communist Party, still a very important mechanism for economic and social advancement in China. All in all, they suffer from wide-ranging social discrimination.

This hukou system represents not only a serious social injustice, but also a great waste of human resources.

The reason why all of this is not just of great national interest in China, but also a global concern is that China’s young workers are also less docile and accepting of their lot than their parents.

As China’s pool of surplus labor is drying up, younger workers are not shy to express their discontent about labor rights abuses, as evident in the growing labor unrest.

What is the “Chinese dream” of China’s urban underclass? Quite simply to become urban citizens — and receive respect.

Difficulties from top to bottom

Meanwhile, don’t think that life is all that wonderful for young people at the top of the ladder. Most come from one-child families, and are under immense family pressure to succeed and find a good job. Even though they might be better educated, for those who have studied at second or third-tier universities, finding a job is not so easy.

Driven by prestige, all families want their children to study at university, rather than doing vocational training. The result is that graduate unemployment is much higher than the country’s overall unemployment rate.

The one-child policy has also produced a competition for wives. The resulting shortage of girls is an added stress for young men, who are under pressure to get a job, car and apartment. Otherwise, they have little prospect of ever getting married.

A further complication in China’s male dominated society is that finding a suitable wife is now complicated by the fact that girls are now performing much better at school. Chinese boys, for their part, still prefer a less well educated wife. That leads to further mismatches.

The growing number of “left-over” women is also partly explained because some young women have become “too old” after many years of study. Another frustration for young women is that employers still favor young men when they have management or professional-level jobs to fill, despite the “gender-reality” of school results.

A society under duress

The plight of China’s youth is just another element of the great stresses afflicting Chinese society. The government is taking some measures to address the frustrations of its youth.

But as China’s economic growth is set to remain on a lower trajectory in the coming years, frustrated youth may well test China’s social and even political stability.

Where such stresses can lead has been witnessed around the globe during the Arab Spring – an event of great concern to China’s leadership and a field of intense study on their part.

Editor’s note: This article bases some of its discussions on a recent Brookings Institution conference – How China’s youth are transforming Chinese society.

China’s youth have reason to be frustrated, facing divides along regional, class and gender lines.

China’s youth have reason to be frustrated, facing divides along regional, class and gender lines.

Corruption Campaign in China: What it Means for the World