Examining the real-life dimensions of the TTIP trade deal. 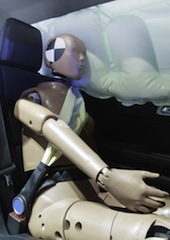 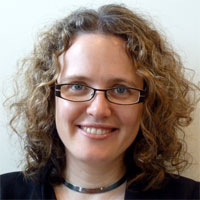 What would you call a car crashing into a rigid concrete barrier at 35 miles per hour (56 km/h)? If this were not an accident but rather a crash test, the European auto industry would call it a non-tariff trade barrier.

Why do they view it that way? Because if BMW, Volkswagen or Porsche want to export a car to the United States, it has to pass the test prescribed by the U.S. NACP (New Car Assessment Program).

But if the same car is to be sold at home, it has to withstand a crash into a flexible barrier at 64 kilometers per hour (40 mph). Those different norms may seem like a small difference, but can make for lots of administrative headaches and extra costs.

No wonder norms and safety regulations are a much bigger obstacle to transatlantic trade than tariffs, which are generally low. U.S. customs only levies 2.5% in duties for buying a European made car.

Still, this can add up to a lot of money. The German carmaker BMW recently estimated that the company could save 550 million Euros per year should the tariffs be eliminated.

The real rub is non-tariff barriers

But this is nothing compared to the impact of non-tariff barriers. The Dutch Ecorys Institute estimates that differing testing and certification requirements add about 26% to the cost of selling a car on the other side of the Atlantic.

The much-discussed transatlantic gap starts with mundane things like the color of the rear blinker – red in the United States, yellow in Europe. But it quickly extends to spheres of regulation where technical differences turn into cultural arguments.

The European crash test dummy, for example, wears a seat belt. The U.S. tests are tailored to the “non-belted driver.” This has consequences for the car’s required “crumple zone” as well as for the strength of airbags.

Car industry experts will explain this by pointing out that Americans are less diligent in putting on their seat belts. In contrast, in Germany 94% of all drivers and 90% of even rear seat occupants put them on before speeding across the Autobahn at 140 mph.

But if you take a second look, it seems that the cultural differences occur within those large continents – rather than across the Atlantic. When justifying their own testing standards, German automakers don’t talk about Italy, where 64% of all drivers and only 10% of rear seat occupants wear seat belts.

In the United States, on the other hand, seat belt usage reaches up to 97% in enlightened West Coast states like Washington, Oregon and California. It falls to around 75% in the wide and empty prairie states of South and North Dakota and Montana, as well as in New Hampshire.

The tiny and fiercely independent-minded state on the North East coast has no seat belt duty at all. No surprise then that the slogan on its license plates reads: “Live free or die.”

“At the end of the day, it is fair to say that we both make safe cars,” says a representative of a German carmaker. The industry has pleaded for a mutual recognition of standards for years – and the Transatlantic Economic Council (TEC) discussed the issue in many rounds of negotiations.

What sounds easy can be very hard in practice. Proud and independent regulators have to be convinced that standards on the other side are just as good. The industry also requests liability protection.

After all, it is not hard to imagine the lawyers jumping on the different testing standards the first time a “non-belted” driver in New Hampshire steers his German spec Audi into a collision with a moose.

All of this does not mean that carmakers will no longer build different cars for different markets. Design is where the real transatlantic differences begin. Volkswagen is building a new model of its Passat for the American market: It is bigger and has better cup-holders. It is even cheaper than its German equivalent.

Norms and safety regulations are a much bigger obstacle to transatlantic trade than tariffs.

Differing testing and certification requirements may add 26% to the cost of selling a car across the Atlantic.

The European crash test dummy wears a seat belt. The US tests are tailored to the “non-belted driver.”

Transatlantic culture gap: Color of the rear blinker on cars is red in the US, yellow in Europe.

Norms and safety regulations are a much bigger obstacle to transatlantic trade than tariffs.

Differing testing and certification requirements may add 26% to the cost of selling a car across the Atlantic.

The European crash test dummy wears a seat belt. The US tests are tailored to the “non-belted driver.”

Transatlantic culture gap: Color of the rear blinker on cars is red in the US, yellow in Europe.