China and the End of the Magic of Extrapolation

How can China avoid a hard landing in the next few years? 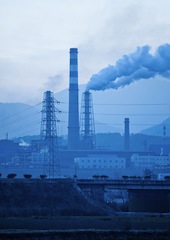 Once upon a time, 1994 to be precise, Paul Krugman wrote a seminal article for Foreign Affairs entitled “The Myth of Asia’s Miracle.”

The purpose of his essay was to explain that there was nothing about what the World Bank had previously labeled the “Asian miracle” that couldn’t be explained straightforwardly.

George Magnus:
The Slowing of China
China and the End of the Magic of Extrapolation
Is Asia’s Economic Miracle Over?
China: Hitting a BRIC Wall

The “miracle” — albeit well executed — amounted to little more than organizational and institutional efforts to deploy physical labor and capital to great economic effect.

But once the limits of these efforts had been exploited, growth would slow down. In fact, Krugman argued, it would become quite pedestrian in the absence of new innovation- and efficiency-led productivity growth.

His analysis is as true today as it was then. In addition, today we also benefit from a voluminous literature exploring the significance of robust, enabling and inclusive institutions to sustainable growth.

We know a lot more about the tendency for most middle income countries to fall into a so-called “middle income trap.” This typically happens when per capita income reaches about $15,000 in today’s terms.

At the time of Krugman’s writing in 1994, China was still a low-income country.

It was not yet a decade into the organizational transformation that was courageously unleashed by Deng Xiaoping’s reforms in the late 1980s, in the face of entrenched opposition and resistance.

The rest, as they say, is history. China’s per capita income has more than tripled to almost $6,000. It is on course to triple again by the middle of the 2020s. By then, China’s GDP will have overtaken that of the United States.

It so happens that these numbers are the key exhibits of an industry of hyperbole that does not just go on to predict the dominance of China in the global system.

It also heralds the ascendancy of Chinese consumer markets, the explosion of Chinese global companies and brands, the replacement of the U.S. dollar by the Yuan as the world’s major reserve currency and much else.

But, in my view, this hype-sterism is taking extrapolation too far.

It is undeniable that trend growth in China is slowing down. That statement is true even though measures taken in 2012 to boost construction, infrastructure and already feisty credit creation have succeeded in lifting the tempo of China’s economic growth from 6% in early 2012 back to 8%.

Slowing economic growth in China should come as no surprise to anyone. Many transformational achievements have either been fully exploited or now show only limited potential.

These newfound “limits of growth” include:
* The harvesting of the demographic dividend (that is the expansion of the working age population and falling child dependency)
* Rural-urban labor transfer
* High secondary school enrollment rates and standards
* High levels of savings and investment, and
* The wider technological frontier created by openness to foreign direct investment

The biggest growth driver in China in the last decade has not been its fabled export sector. Rather it was a surge in capital investment to an unprecedented 50% of GDP.

More recently, the driver has been a growing dependence on credit creation to finance investment and economic growth.

It isn’t as though Chinese consumers have been shy in contributing to growth.

For many years, real personal consumption has been growing by about 8% per year.

The consumption and wage shares of national income have fallen over the last decade to around 35% and 40%, respectively, because of the extreme push to expand capital investment.

China’s growth model has created a number of interrelated imbalances that will soon retard growth or undermine it. These include:
* The investment- and credit-centric nature of growth
* The still strong role played by state-owned enterprises
* A weak services sector
* Financial repression (read: artificially low interest rates) that punishes households
* High-income inequality and
* Suppressed factor prices (that is, of land, capital, money and energy)

Without radical reforms, China could only sustain an 8% growth rate at the risk of exacerbating these imbalances, resulting in probably severe economic and social disruption.

Rebalancing the investment and consumption shares of GDP is going to happen regardless. The major question is how it happens.

Will it occur in the context of a reform-led, steady slowdown to about 5% per annum?

Or will it be the result of a more disruptive slowdown as a result of an investment and credit bust?

To avoid both a hard landing in the next few years and a middle income trap over the medium term, many analysts and commentators, including in China, call for changes. These concern:
* The role of government in the economy
* Encouragement of private enterprise and innovation
* Adoption of the rule of law and an independent judicial system, financial liberalization
* Stronger service industries and tertiary education and
* more market determined prices for land, resources and capital

Further, China’s leaders will have to pursue vigorous programs to lower income and social inequality.

And they need to widen access to primary healthcare and insurance, and pension income.

Under the current system, China’s 250 million urban migrants are deprived of basic social and economic rights and better living conditions.

The solutions are not mysterious or beyond reach. The problem is that implementing them requires strong political engagement and leadership.

The test lies immediately ahead for China’s new leaders, soon after they assume their positions formally — and much sooner than they would wish for.

The highly regarded Caixin magazine has recently urged for a shift away from the dominance of the state in the economy.

It argued that the heavy state involvement stifles competition, distorts markets and encourages rent seeking, corruption, the abuse of power and extremes of income inequality.

But is this a political bridge too far, even for the renowned pragmatism of the Chinese Communist Party? Some in Beijing debate openly the fate of the USSR, which opened up to radical reforms in 1985, and collapsed four years later.

But without reforms, China’s economic development path cannot be sustained, since its imbalances will simply worsen.

To stay on track, China will have to meet the demanding standards of smarter growth, social consent, a cleaner environment, a rapidly aging population, and economic stability over the coming decade.

To achieve that, China will have to reboot its economic model. This includes the implementation of widespread reforms that will be costly and may be incompatible with the primacy of the Party.

China’s economic potential is considerable, but it won’t happen on a spreadsheet. China has reached the end of extrapolation.

Editor’s Note: This is the first of a three-part series. Read Part II.

China has reached the end of extrapolation. Its considerable economic potential won't happen on a spreadsheet.

There is an industry of hyperbole that predicts the dominance of China in the global system.

China's growth model has created interrelated imbalances that will soon slow growth or undermine it.

There was nothing about what the World Bank labeled the "Asian miracle" that was a miracle.

Solutions are not mysterious or beyond reach. The problem is that they require strong political engagement and leadership.

China has reached the end of extrapolation. Its considerable economic potential won't happen on a spreadsheet.

There is an industry of hyperbole that predicts the dominance of China in the global system.

China's growth model has created interrelated imbalances that will soon slow growth or undermine it.

There was nothing about what the World Bank labeled the "Asian miracle" that was a miracle.

Solutions are not mysterious or beyond reach. The problem is that they require strong political engagement and leadership.

Education: The Key to Turkey’s Prosperity