China’s total debt is now greater than that of the United States, creating uncertainty about its future. 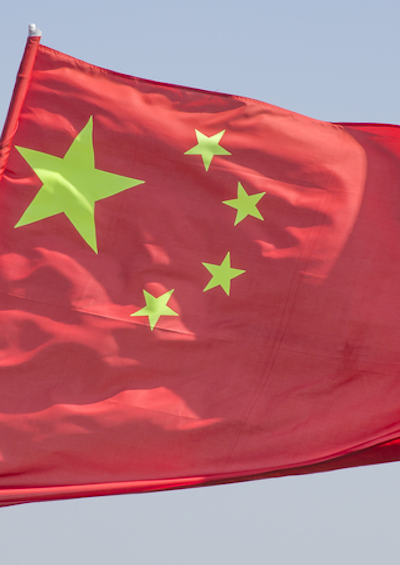 China’s international financial showmanship at the Asian Infrastructure Investment Bank should not distract attention from its deep financial fragilities at home.

The UK recently defied its “special relationship” with the United States by applying to join the China-led Asian Infrastructure Investment Bank (AIIB). Other leading European countries France, Germany, Italy and Switzerland quickly followed suit. And there is now talk that Australia, Korea and even Japan might be the next AIIB suitors.

China’s leadership in the creation of the AIIB and also the New Development Bank (formerly the BRICs Development Bank) is a direct challenge to the U.S.-dominated post-war international financial system centered on the IMF and World Bank. It is thus seen by many as symbolic of the financial power of China — and the waning influence of the United States.

Pulling back the curtain

But China’s international financial showmanship should not distract our attention from China’s deep financial fragilities at home.

China’s total debt has risen from $7 trillion in 2007 to $28 trillion by mid-2014, according to a recent report by the McKinsey Global Institute. It accounts for more than one-third of the growth in debt globally. Representing 282% of GDP, China’s debt is now even larger than that of the United States (269%) or Germany (258%).

This debt surge is the result of the government’s stimulus program in response to the 2008 “Lehman shock.” This stimulus took the form of an explosion in directed bank lending, mainly to state-owned enterprises (SOEs) and local governments. More recently, this was followed by a boom in shadow banking finance.

China’s debt is concentrated in the SOE sector. Indeed, at 125% of GDP, China now has one of the world’s highest levels of corporate debt. While China’s government debt is more modest at 55% of GDP, this could change quickly if the government were obliged to bailout SOEs or to recapitalize financial institutions.

China’s debt binge has created many vulnerabilities. Unregulated shadow banking accounts for nearly half of new lending since 2008. Some local government infrastructure projects are not capable of generating financial returns to enable debt repayment. And nearly half of China’s total debt is directly or indirectly related to the volatile real estate sector.

A crisis waiting to happen

Real estate prices in China skyrocketed over the past decade, increasing by some 500% from 2004 to 2013. Some analysts have described China as the biggest bubble the world has ever seen. A price correction has already begun. In fact, a slump in the housing market seems to be accelerating, as housing prices have fallen in each of the past six months.

“A plausible concern is that the combination of an overextended property sector and unsustainable finances of local governments could result in a wave of loan defaults in China, damaging the regular banking system and potentially creating a wave for investors and companies that have put money into shadow banking vehicles,” the McKinsey report argues.

“Don’t worry, China won’t crash,” was the message from Premier Li Keqiang at the end of the recent National People’s Congress. But even Premier Li acknowledged that the Chinese economy faces a long period of adjustment.

At this stage, the Chinese government has the financial wherewithal to deal with its debt challenges and stave off a full-blown financial crisis. Premier Li also indicated a willingness to continue propping up the economy if necessary.

But as the case of Japan two decades earlier highlights, public finance can get quickly out of shape if the government does not promptly address financial problems.

To prevent a recurrence, the government must implement structural reforms to empower provincial governments to raise sufficient tax revenues to finance their expenditures and to enable the financial system to allocate finance more efficiently. Too much of China’s financial resources are currently being wasted.

Some observers have argued that China could use its immense foreign exchange reserves (about $4 trillion in value) to solve its sudden debt problem. But it’s not as simple as that.

Such an approach would require selling foreign currency-denominated investments and converting the proceeds into renminbi. This would push up the renminbi exchange rate, harming exports at a time of economic weakness.

China must now navigate a major turning point in its development trajectory. A period of slower growth is being heralded as the new normal. But what is most important is unlocking productivity as a fresh driver of growth and industrial upgrading now that the demographic dividend of cheap labor has come to an end.

This will require urgent implementation of the commitment of the 2013 Third Plenum to allow market forces to be the decisive factor in resource allocation.

In the past, China’s economic policy makers have proven themselves adept at navigating treacherous waters. But introducing more market forces into China’s still state-dominated economy with all the creative destruction that entails, while at the same time finding a path out of the clutches of financial instability, will require even more skillful policy making than in the past.

In contrast to its domestic policy prowess, China has not been adept at making friends with its neighbors like Japan, the Philippines or Vietnam, or its own antipodes such as Xinjiang, Tibet, Hong Kong or Taiwan.

The AIIB could serve a very useful role in financing some much-needed infrastructure in South East and South Asia, thereby improving China’s soft power. But it will also be used to enable President Xi Jinping and his government to project their imperial image to their neighbors.

How all this plays out will be fascinating to watch. It is not irrelevant that the people of little Sri Lanka have just voted out a government which had sold its soul to Beijing.

The creation of the AIIB is symbolic of the financial power of China and the waning influence of the US.

China’s rapid debt buildup is about double that of the US before the global financial crisis.

Nearly half of China's total debt is directly or indirectly related to the volatile real estate sector.

The AIIB will enable China to project its imperial image across Asia.

The creation of the AIIB is symbolic of the financial power of China and the waning influence of the US.

China’s rapid debt buildup is about double that of the US before the global financial crisis.

Nearly half of China's total debt is directly or indirectly related to the volatile real estate sector.

The AIIB will enable China to project its imperial image across Asia.

How to Deal With the Populists: Home Truths for Europe’s Future