Just how important are improvements in domestic governance for China’s future development? 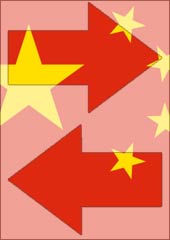 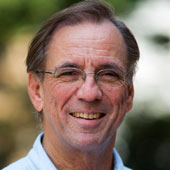 In their assessment of China’s future potential, Nicolas Berggruen and Nathan Gardels put a great deal of emphasis on the idea that the country will move forward through improved governance.

In making their argument, they overstate the importance of the idea of governance, as do quite a few other international analysts. To be sure, improved governance is essential. But is it really the key catalyst to change what is wrong in a given society?

Whatever the merits of this train of thought in smaller country environments, China — owing to its vastness and large population size — may be in a different category of analysis and consideration altogether.

Berggruen and Gardels view the evolution of Hong Kong and Singapore as possible precursors to similar socio-political change in China. This proposition overlooks the key element of scalability. What works well in city-states may not be as relevant in a vast territory such as China.

In fact, the Chinese have been joking about this since at least mid-1980s, when I was Beijing Bureau Chief for Time.

Lee Kuan Yew, the joke went, had an audience with Deng Xiaoping in which Lee did all the talking. He was, in effect, lecturing Deng on how to modernize China.

After an hour or so, Deng looked at Lee and said, “Thank you very much. If I ever need a new mayor of Chengdu, I’ll give you a call.”

There is also a constant temptation, in the East as well as in the West, to accept — as Berggruen and Gardels do — George Yeo’s judgment that “China’s ‘modern-day mandarinate’ at the national level is largely meritocratic and geared to the common advance of the Chinese nation as a whole.”

Really? The remarkable reporting by Bloomberg and the New York Times on the ill-gotten gains of the families of China’s top leadership should tell us that it just ain’t so. It revealed not just the greed at the top, but also the indisputable fact that much of the power rests on familial relationships, not merit.

Even if China’s leaders were meritocratic and primarily devoted to the good of the country, the top leadership is hamstrung by the extent of corruption in their midst. Since everyone’s hands are dirty, any anti-corruption campaign is by definition a political act.

The clearest example of that came with the precipitous fall of Bo Xilai in 2012. He went from a contender for the top spot in the Chinese hierarchy to a political prisoner.

And if you think that was due to his wife’s misdeeds alone, you haven’t been paying attention to China’s leadership politics. Bo’s cardinal sin was that he took his challenge for the top job to the public.

That greatly alarmed his comrades-in-waiting who feared the instability that such public campaigning for the top job could bring.

But setting all of these concerns aside, what strikes me the most is that it simply doesn’t matter much what the national leadership says or does when it comes to governance.

Local officials in China have said for centuries, “The mountains are high, and the emperor is far away.” Today, that is as true as or truer than ever, which gets us back to the core challenge of bringing governance to China: its sheer size.

Beijing may well decree a crackdown on corruption or a new emphasis on environmental protection. The fact remains that local leaders will act with impunity. Why? Because they are not subject to the legal system, only the discipline of the Chinese Communist Party.

It is certainly true that social media such as Weibo are uncovering multiple examples of official malfeasance, but thousands more will go undetected.

Finally, in my reading of the modern history of sustained economic development, governance actually is not as important is often argued, including by Berggruen and Gardels.

If you need evidence that good governance will only take you so far, look at Japan. It built a transportation infrastructure we envy, while creating the second-largest economy in the world. And it did all of that with a moderate amount of corruption and the trappings of a functioning democracy.

Foreigners admired Japan’s governance for several decades. Famous authors like Ezra Vogel and James Fallows even predicted that the Japanese model would dominate the global economy.

Instead, the Japanese economy has stagnated for 20 years — in spite of its exemplary governance. Why? Because Japan refused to open its domestic markets to foreign competition and used its massive piles of capital to try to buy its way into industrial-sector dominance and technological innovation. Sound familiar?

Nobody denies that the United States is a messy place. We Americans repeatedly miss enormous opportunities because we are such an unruly bunch. In fact, we have been so since the times of George Washington, when his top two deputies — John Adams and Thomas Jefferson — had a falling out in his first term.

But we are open to outsiders (mostly), and whenever our chaotic politics lead us down dangerous paths we find ways of recovering, at least so far.

Would America be better off if, for example, Congressional districts were drawn more rationally? Absolutely.

But does China show any signs of adopting the openness and flexibility required to thrive in a modern, information-based global economy? Absolutely not.

Without that openness and flexibility, it will be hard to get on the real road of progress. However, both concepts — the very foundations of modernity — have been alien concepts to Chinese leaders for centuries.

Given that, even improved governance will be of limited value when it comes to turning China into the sort of economic powerhouse that can compete in the 21st century on something more than price.

This essay was written in response to Nicolas Berggruen and Nathan Gardels’ America’s Consumer Democracy Versus China’s Modern Mandarinate, published by The Globalist on February 27, 2013.

Without a profound embrace of openness and flexibility, it is hard for any nation to get onto the real road of progress.

Many people are tempted to believe that China's "modern-day mandarinate" is organized on a merit basis.

Way too much of the real power — in terms of careers and wealth — in China rests on familial relationships, not merit.

What makes the United States — for all its faults on governance — strong is its flexibility and openness. China shows no evidence of adopting either.

If you need evidence that good governance will only take you so far, look at Japan.

Without a profound embrace of openness and flexibility, it is hard for any nation to get onto the real road of progress.

Many people are tempted to believe that China's "modern-day mandarinate" is organized on a merit basis.

Way too much of the real power — in terms of careers and wealth — in China rests on familial relationships, not merit.

What makes the United States — for all its faults on governance — strong is its flexibility and openness. China shows no evidence of adopting either.

If you need evidence that good governance will only take you so far, look at Japan.

Tobacco: The Opium War of the 21st Century?