How do China’s current problems harken back to previous periods of rapid industrialization?

How do China's current problems harken back to previous periods of rapid industrialization? 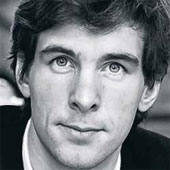 From the gleaming factory floors of Guangdong and the remote rural villages of Hubei, to the outskirts of Lhasa and the dusty avenues of Urumqi, the Chinese government has found itself confronted with civic unrest.

The recent pandemonium adds to the impression that in spite of its rapid economic growth, China remains a hollow power — that the Communist Party’s recipe for development has failed, and that even a collapse of the People’s Republic cannot be excluded.

Yet, it is this weakness in particular that invigorates China’s pursuit of greatness. The world is likely to see an even bolder China whose new nationalism, in the long-term, can only be tempered by its success.

How insurmountable their domestic problems might appear, emerging powers often experience a certain degree of inequality, xenophobia and trepidation while pursuing their manifest destiny. For example, it took the United States more than 250 years to close the American frontier.

During that period it had to surpass itself constantly to quell political fragmentation, to penetrate its vast territory with new economic arteries — and to curb resistance of those groups that felt excluded by its growing success.

America’s European predecessors were no exception to this rule. All this shows that industrialization is never an easy transition. Some people have to get rich and powerful first — and they will likely try to keep it that way.

The People’s Republic cannot escape from this pattern, but it is doing pretty well in managing the collateral damage of its growth. In this early phase of its industrialization, Beijing is investing massively in narrowing the gap between the new, affluent middle class and the poor.

Despite the unequal nature of growth, China’s challenge is to generate sustainable opportunities for the society as a whole through a “harmonious development strategy.”

It is easy to deride this strategy as mere propaganda. In reality, however, it reflects the political elite’s self-interest in maintaining stability without having to strain its resources completely — thus creating a larger version of North Korea.

This is also a reflection of the fear held by a majority of Chinese people that the country may slide into another revolutionary episode. Growing unrest is not seen as a failure of “harmonious development,” but as a threat to it that must be suppressed or neutralized with new nationalism.

Around the clock, state media outlets are broadcasting crippled victims of “Uighur extremism” or alleging that “foreign agitators” are attempting to humiliate China by stirring ethnic rivalry. The Chinese government will grasp events like these to strengthen its position as guardian of national security and to legitimize repression.

But on the other hand, such unrest will undoubtedly push China’s government to step up efforts to prevent resistance by bringing more prosperity to the various ethnic minorities in its periphery. Government think tanks have been instructed to explore new options that would allow these groups to benefit from the new economy faster than before.

Productivity remains a precondition for harmonious development. China is looking for modern industrial niches — high-tech, advanced services to allow its rich coastal provinces to release their traditional industries to their landlocked counterparts, and to move the development frontier westward. The Twelfth Five-Year Plan, to be launched next year, will likely try to consolidate this qualitative and geographical shift.

The quest for national unity will also be translated into a stronger yearning for status at the international level. China does not desire to replace America’s hegemony, but it wants to be respected as a great nation and a rising regional power with international interests.

China must convince its neighbors of the common need for regional stability. It must also convey the message that China’s rise brings nothing but mutual gains for those around it.

From other developing countries, China will expect sympathy, esteem and support for its development track. Its message to Western powers will be: Concentrate on your own problems, refrain from criticism and keep your markets open. The baseline of China’s diplomacy remains to avoid confrontation, but disappointment will be met with stauncher resistance to calls for reform.

The bolder China gets, the more tempting it will be to criticize the many flaws of its development. While China’s nationalism may appear ugly to some Westerners, a certain degree of realism and modesty is due in this situation.

A rhetorical tit-for-tat game with Beijing will push it even deeper into its trenches. China has one of the most successful anti-poverty programs in recent history, and as long as it continues to develop, there is a good chance that the Communist Party will identify its guardian role with more enlightened objectives. This will all take time — a lot of time.

For now, the best way to help China’s weak and repressed is to make sure that democratic socio-political achievements do not lose their luster. Many Chinese still look up to the West and particularly consider Europe’s welfare state an example — albeit a distant one.

The West should express its concern and continue to interact with China on human rights issues. Yet, maintaining a prosperous, tolerant, multi-ethnic society will help much more than deriding China’s inescapable growing pains.

Unrest will undoubtedly push China's government to step up efforts to prevent resistance by bringing more prosperity to the various ethnic minorities in its periphery.

The baseline of China's diplomacy remains to avoid confrontation, but disappointment will be met with stauncher resistance to calls for reform.

Industrialization is never an easy transition. Some people have to get rich and powerful first — and they will likely try to keep it that way.

Unrest will undoubtedly push China's government to step up efforts to prevent resistance by bringing more prosperity to the various ethnic minorities in its periphery.

The baseline of China's diplomacy remains to avoid confrontation, but disappointment will be met with stauncher resistance to calls for reform.

Industrialization is never an easy transition. Some people have to get rich and powerful first — and they will likely try to keep it that way.