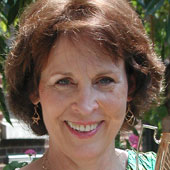 Terri Langston is Senior Editor at The Globalist. Throughout her career, which she primarily spent as a program officer and foundation executive in the U.S. non-profit sector, Terri has focused on economic justice issues and bringing about social change.

From 1987 to 2010, Ms. Langston worked as senior program officer for health reform and as director of programs at the Public Welfare Foundation in Washington, D.C. In that capacity, she pioneered a movement to align a broad variety of U.S. foundations in support of consumer advocacy on health reform, primarily on the state, but also on the national level.

Subsequently, she served as a consultant to organizations such as the Open Society Foundations, the National Committee for Responsive Philanthropy, the Washington Regional Association of Grantmakers and the National Council on the Aging.

In 1993, Ms. Langston was among the early funders to support the efforts of the Vietnam Veterans of America Foundation (VVAF) in its International Campaign to Ban Landmines, to persuade countries to sign a treaty eradicating the use of antipersonnel landmines — an effort for which VVAF received the 1997 Nobel Peace Prize.

Throughout the 1990s, her program work at Public Welfare Foundation also included support for the legal advocacy work and the public educational work of the Brady Campaign to Prevent Gun Violence.

In 2008, Ms. Langston received the Terrence Kennan Leadership Award in Health Philanthropy, conferred annually by Grantmakers in Health to an individual whose work is distinguished by leadership, innovation and achievement.

Ms. Langston holds a Ph.D. in comparative literature from Emory University in Atlanta, Georgia, and was a Fulbright Scholar at the University of Bonn, Germany, in 1981-1982. During her time in Germany, she was also engaged in emergency supplies to Poland to Poland during the martial law period.

She wrote her Ph.D. dissertation on Paul Celan, one of the major German-language poets of the post-World War II era.

Germany and the Battle Over Political Correctness

A Depression-era meal for more environmental-minded times? A hamburger treat from Oklahoma City to get more out of less hits Berlin.

The Merkel-Obama Riddle — Or: What Makes Leaders Hesitate?

Examining the parallels in the political style and performance of Angela Merkel and Barack Obama, the past decade’s transatlantic power couple.

Conservative Supreme Court Justices are making unaccountable and undemocratic decisions, much like the Vatican Congregation of the Doctrine of the Faith.

Of Borders and Metaphors

How the U.S. handles the U.S.-Mexican border will say much about its character as a nation.

Alexei Navalny: The Freest Man in the World

The recurring question of what freedom means in the political and the everyday world.

Lindsey Graham: The Shifting “Rectitude” of US Male Politicians

Until just now, a Trump loyalist, Lindsey Graham -- the political chameleon -- changes yet again as a new political season is upon Washington.

“Nothin’ could be finer” than to see Georgia flip yet again.

The US and the Coddling of Donald Trump

Is this really the time to “humor” the outgoing U.S. President by allowing him slowly to come to terms with reality -- like a little boy?

Kamala Harris and the Evolution of the Birds: Worldwide Lessons

How evolution over millions of years has created sovereign female birds and equally sovereign human females.

Not to make light of the epochal challenge to deny Donald Trump a second term, but U.S. society has successfully risen to doomsday challenges before.

What the history of developing the Polio vaccine teaches us about the current search for a COVID 19 vaccine.

What Ails America on Health Care?

11 theses on what an undemocratic and unnecessary mess the world’s supposedly leading democracy finds itself in.

“Now Let US Pray,” Or: Converting Melania to Mother Mary of the Masses

There’s an image makeover in progress for the First Lady in the Trump Administration.

Ottawa: A Sergeant-at-Arms As the Real Thing

Competence and the protection of the people’s house.

Al Capone of the Yoga Mat

Second Amendment joys: Only in the United States could an exercise mat be mistaken for a gun.

Healing D.C.: What Muriel Bowser Must Do

Can the D.C. mayor-in-waiting overcome the racial divide that persists in the U.S. capital city?

A tool to track “illegal aliens” potentially to track everyone else?

What can jolt Americans into seeing that security comes only through transparent civic institutions?

The Narrative of the Privileged American Male

Why are Republicans having such a hard time coming to grips with the electoral defeat?

After viewing a country under oppressive Soviet rule, what impressions would an American student take back home?

What kind of restrictions were placed on the Polish people in 1983?

An American in Poland, Anno 1983: The Role of Churches (Part III)

How can shared hardships bring people of different faiths together?

Why was there such a large feeling of helplessness in 1983 Poland?

What were the impressions during a trip to Poland of students who were members of the Protestant student community in Bonn, Germany, in April 1983?