Diplomacy in the Age of Terror (Part II)

How can the United States effectively confront the dangers posed by terrorists and their ideological base? 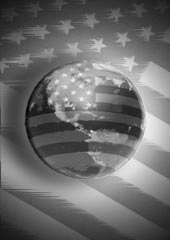 Chas Freeman was the main interpreter for U.S. President Richard Nixon in his 1972 visit to China and was the U.S. Ambassador to Saudi Arabia from 1989 to 1992. He is currently Senior Fellow at Brown University’s Watson Institute for International and Public Affairs.

First, we must make a serious effort to understand our enemies, rather than simply caricature and malign them. Instead of examining them and their doctrine, we have reasoned from politically convenient analogies with our former foes in Nazi Germany and Soviet Russia.

Instead of addressing al Qaeda’s case against our direct and indirect interventions in the Arab and Islamic worlds, we have ascribed to it an ideology that does not exist.

“”Islamofascism”” is a word invented in America, redolent of politically evocative overtones of the European holocaust — and totally disconnected from both Islam and Arab history.

Rather than analyzing the aims that al Qaeda and its allies profess — which have to do with freeing the realm of Islam of our presence so that they and other Islamic radicals can direct its future course — we ascribe to them an objective of world conquest similar to that of our past Eurasian enemies.

Ignorance, confusion and self-indulgence have led us to impose unfounded stereotypes on Muslims and to mistake Arab friends for Arab enemies — and, no doubt, vice versa.

Second, absent compelling reasons to the contrary, we must alter policies and cease to carry out actions that inadvertently strengthen our enemies by giving them credibility in the wider world of Islam.

This will be a politically painful process, requiring us to take an entirely fresh look at many U.S. assumptions and policies with deep political roots and much emotional investment.

For example, the Holy Land is not advancing toward peace but sinking into an ever more bitter struggle for land and identity. Israel is not more secure or accepted in its region, but less. Options for a peaceful resolution of the Arab-Israeli conflict are narrowing, not widening.

Once a menace only to Israel and its immediate Arab neighbors, the blowback from the Arab-Israeli conflict has emerged as a major threat to our security and that of our allies. It is the principal factor radicalizing the Islamic world.

In the United States’ own interest, as well as in the interest of securing Israel’s long-term existence from the brilliantly shortsighted policies its government sometimes follows, we must recover the ability to exercise our own judgment.

We must be able to discuss Israel’s policies and our relationship to them in the robust democratic manner with which these matters are debated in Israel itself. Serious strategic questions that are vigorously disputed among Israelis should not become instances of anti-Semitism when Americans also seek to debate them.

It is particularly anomalous that Jewish Americans who feel free to speak out when in Israel are intimidated from doing so in their own country by self-appointed thought-police.

Third, we Americans must stop inadvertently undermining the efforts of mainstream Muslims to oppose our common enemies and to expose these enemies as the deranged and immoral fanatics they are. Our ignorant and blundering equation of terrorism with Islam has overshadowed and impeded their efforts to regain control of their own moral space.

To help them do so, we must restore respectful relationships with Muslim scholars and the governments they advise. Only then can we work with them to discredit al Qaeda’s aberrant doctrines.

Fourth, we need to work with these allies to intercept and rehabilitate those tempted onto the road to terrorism and to help them return to the straight path of Islam. Saudi Arabia has created a very successful program to do this. It is now helping the United Kingdom apply its program of religious rectification in British prisons.

Enabling the misguided to reject the perverted and immoral religious interpretations they have mistakenly accepted is the key to preventing would-be recruits to terrorism from actually engaging in it. Islam is not the problem. In this context, it is the answer.

Finally, we must succeed in hunting down and killing those who have criminally attacked us, whoever and wherever they are. The cavemen in Waziristan must at last be brought to justice, if only as an example to the rest.

While this is primarily the task of our intelligence and law enforcement agencies and their foreign counterparts and partners, such civilian agencies will need backing from our armed forces to accomplish this. But, with rare exceptions, the proper role of our military will be to support, not lead the effort.

The tranquility of our American homeland and the homelands of the world’s Muslims is now inextricably linked. The task of persuading our allies and friends to join us in a grand strategy aimed at restoring peace and security to both will be a huge challenge to American statecraft that places heavy demands on our diplomacy.

For the sake of our posterity and their liberties, we must rise to this challenge. Yet, it is nowhere ordained that we will.

Editor’s note: This is Part II of a three-part series extracted from a speech given by Ambassador Chas W. Freeman to the Pacific Council on International Policy in Los Angeles on October 4, 2007. The full text is available here. Continue to part III or return to part I.

Chas Freeman was the main interpreter for U.S. President Richard Nixon in his 1972 visit to China and was the U.S. Ambassador to Saudi Arabia from 1989 to 1992. He is currently Senior Fellow at Brown University’s Watson Institute for International and Public Affairs.

Diplomacy in the Age of Terror (Part I)