Election 2013: Expectations of the Iranian People

What are Iranian voters expecting from the June 2013 presidential election compared with the 2009 election and Green uprising? 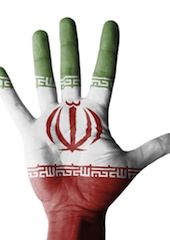 An eerie silence and outright indifference dominates the public mood as Iran approaches the 13th presidential election on June 14, 2013.

The lack of excitement and interest in one of the most important political events in the country is unprecedented. The public is simply absent from the scene.

Four years ago, millions of Iranians from all walks of life energetically participated in an election that became a true showdown.

It pitched the pro-reform Green Movement against the powerful block of Mahmoud Ahmadinejad, the supreme leader Ayatollah Khamenei and the Islamic Revolutionary Guards Corps (IRGC).

A rigged election stole votes from the reformist candidates and resulted in the reelection of Ahmadinejad. Mass peaceful protests followed. Millions of Iranians, men and women, poured onto the streets demanding the reversal of official election results.

Those who made history in 2009 are silent bystanders in the current election. The stakes are, however, higher than most elections in the past. Iran is at a crossroads.

Repression and the loss of trust in the system have driven voters away from the polls in one of the most crucial times in Iran’s recent history.

Sanctions and economic mismanagement by Ahmadinejad and his administration have brought the Iranian economy to the brink of collapse. The U.S. and Western “smart sanctions” have blocked the main arteries of the economy.

The official inflation rate is at 30%, unemployment stands at 12%.

Real inflation and unemployment rates stand much higher. Prices of some food items doubled or tripled in recent months.

Non-payment of wages and salaries are common both in the private and public sectors. The national currency depreciated by more than 70% in the past two years. The list goes on.

Once targeting only industries directly related to Iran’s nuclear activities, the West’s sanction regime has expanded to the country’s major economic sectors and industries.

The recent U.S. sanctions against Iran’s automotive industry will likely cripple one of the most important sources of job creation in the country.

Spreading like a spider web, sanctions are casting a heavy shadow on finance and banking, manufacturing and trade. Behind that spider web of sanctions live 74 million Iranians.

They are the direct targets of sanctions. While not forcing the Iranian regime to concede, sanctions have managed to paralyze the economy and punish the Iranian people.

Economic anxiety has become a national epidemic. Each round of sanctions further crushes Iranians’ hope of recovery from the economic abyss.

Political Insecurity and Fear of War

While dealing with the economic consequences of sanctions, Iranians are also haunted by the fear of war.

A possible attack by Israel or the United States will be a prelude to destabilizing the society and transforming Iran to another Iraq, Afghanistan or Syria.

Despite their fierce opposition to the government, many Iranians prefer the status quo to a country ravaged by war.

While they blame the government for escalating the nuclear conflict with the United States and failing to resolve the dispute, Iranians are equally weary of the intentions of Israel and the West.

Caught between the enemy within and enemies without, they prefer a stronger Islamic Republic to forestall an attack by Israel and the United States. It is with these conflicting considerations and calculations that the Iranians approach the presidential election.

Iran watchers in the West follow the election for its possible effect on the regime’s readiness to meet its “international obligations” and abandon its nuclear ambitions.

The Iranian people, however, hopelessly seek a government that would make the wheels of the economy turn, resolve the standoff with the West and protect Iran from foreign aggression.

The discussions of the election in Iranian blogs and social media are mainly satirical, ridiculing the candidates and what many call a staged election.

Of the eight candidates originally qualified by the Guardian Council to run in the election, six — Saeed Jalili, Gholam-Ali Haddad-Adel, Ali Akbar Velayati, Mohammad-Bagher Ghalibaf, Mohsen Rezaee and Mohammad Gharazi — have very close ties to the IRGC and unconditional loyalty to Ayatollah Khamenei. Gholam-Ali Haddad-Adel withdrew his candidacy on June 10.

If elected president, they are expected to closely follow and implement Ayatollah Khamenei’s foreign policy mandates and policies.

These candidates are also cultural hardliners, promising to continue state’s tight control of the media and the press, arts, and cultural products.

Though equally loyal to the system, Rohani and Aref are considered reform candidates. Days before the election, Aref dropped out and endorsed Rowhani, narrowing the reform camp to one candidate (and the full field to six).

Rohani stands apart from the rest of the remaining field for his advocacy of more freedom of press, the increased role of civil society as well as limiting state censorship and control of culture and arts.

He is also in favor of normalizing relations with the United States and resolving the nuclear standoff. These positions appeal to the young, media savvy and modern electorate of Iran.

The hand picking of the candidates in the current election has turned a big part of the electorate into passive bystanders. Most voters are expected to stay away from the polling stations on June 14.

However, a last minute turn around by the electorate is still possible.

Disenchanted, demoralized and anti-government, Iran’s youth and middle class may tilt the balance between the presidential hopefuls by opting to vote for Rohani.

Aref’s stepping aside also increases the chance of victory for Rohani, the better known of the two.

The Election Result and the Future

As of now, most observers expect a victory of Saeed Jalili, Mohammad-Bagher Ghalibaf or any one in the Supreme Leader’s first tier of loyalists.

However, there still remains a chance for the victory of a candidate in the second tier of loyal supporters of Ayatollah Khamenei. Whoever is elected in the end, daunting tasks remain before the new president.

The electorate hopes for a coherent policy for economic recovery and an end to the suffocating sanctions. This, however, hinges on the resolution of the nuclear dispute with the West, and gradual normalization of the relationship with the United States.

The economic and political crises are intimately intertwined in Iran. Whoever wins the election on June 14 must make a concerted effort to disentangle this gridlock.

Despite the hard rhetoric against the United States from the Supreme Leader and his protégés, the Iranian regime seems ready to make a face-saving deal.

In the past four years, the division within the state and the tensions between Ahmadinejad and the Supreme Leader blocked the possibility of a compromise on the nuclear issue.

The silencing of Ahmadinejad and the disqualification of his close ally, Esfandiar Rahim Mashaei, paved the way for a more unified state in Iran.

In a perverse way, a unified conservative administration may be in a stronger position to negotiate and mend relations with the United States.

The possible election of Rohani may complicate the matters despite the candidate’s willingness to end the standoff.

The new president has to reaffirm his loyalty to the leader, assuring him that the successful negotiation on the nuclear issue will not be used as a platform for weakening the state’s grip on cultural and social matters.

The future of Iran and Iran’s relations with the United States remain uncertain for now.