Engage and Deter: A Judicious Path with Iran

How can the United States best mitigate Iranian threats to its interests in the Middle East?

How can the United States best mitigate Iranian threats to its interests in the Middle East? 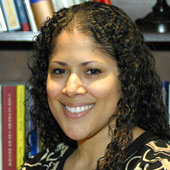 Since January 2007, U.S. Secretary of State Condoleezza Rice and U.S. Ambassador to Iraq Ryan C. Crocker have been engaged in a series of bilateral meetings with their Iranian counterparts to focus on ways both countries can pacify the carnage in Iraq.

Rather than support this modest diplomatic effort, some influential politicians, such as presidential candidates John McCain and Rudy Giuliani, believe the United States should take decisive action against Iran by executing military strikes.

But the wear-and-tear on U.S. forces, especially because of the Iraq mission, indicates that using our military should not be a policy option of first resort in dealing with Iran. Rather, a policy of diplomatic engagement and military deterrence — should Iran acquire a nuclear weapon in the future — is the path the United States should pave.

Diplomacy is difficult, but breaking the U.S. military is easy. In a classified report submitted to Congress in February, General Peter Pace, chairman of the Joint Chiefs of Staff, confirmed that the strains of operations in Iraq and Afghanistan may prevent the United States from fully responding to another international crisis. But being thinly stretched is not the U.S. military’s only source of concern.

Qualitative concerns matter as well. Continual rotations into and out of theater has overworked America’s All Volunteer Force. “Dwell time” at home has fallen sharply, while deployments in war zones have lengthened.

In some cases, deployments are lasting up to 15, 18 and even 22 months. The Pentagon reports that many soldiers are returning home with post-traumatic stress disorder, depression and heavy alcohol dependency.

To add insult to injury, crisis response at home is also being hampered. National Guardsmen, Reserves and their equipment are being pulled out of the United States, where their presence is needed.

The aftermath of Hurricane Katrina and May’s tornado cleanup efforts in Kansas are but a few examples of the lack of first responders. They also highlight the problems that might be encountered if the United States were struck by another terrorist attack.

The current state of U.S. ground forces is relevant because a conflict with Iran could quickly escalate if Iran decided to retaliate in the wake of a U.S. air strike.

Tehran could shell U.S. forces in Central Command with medium-range missiles, unleash the wrath of its terrorist proxies in Lebanon and Afghanistan, as well as attack the civilian-inhabited Green Zone (Baghdad is less than 30 minutes flying time for some Iranian fighter aircraft).

The United States could respond by expanding its bombardment, but that certainly would not pacify Tehran. And since it would be unlikely that the United States would simply turn the other cheek, an inevitable pressure to escalate the conflict could quickly suck the United States into a ground war with Iran.

Even if one dismisses the possibility that ground forces would have to be used at some point, an over-reliance on the Air Force would be equally naïve, especially since the Iranians are preparing themselves for a number of contingencies.

Recent satellite photos indicate that Iran is constructing an elaborate tunnel complex near its uranium enrichment plant of Natanz. These mountainside fortifications could be used to evacuate nuclear material in the event of a military attack, and reduce the likelihood that a strike would deliver a decisive setback to Iran’s nuclear program.

Although the most effective U.S. conventional “bunker-busters” can penetrate six meters of rock and concrete, some of Iran’s most sensitive nuclear material is buried 15 to 18 meters underground. So while it may appear that a U.S. military campaign could eventually yield fruit, the clerics in Tehran get a vote.

These distressing facts point to the folly of military hubris. Rather than striking Iran, the United States should engage it. Delaying diplomacy will intensify the crisis and ultimately make the military option more appealing to hawks.

A comprehensive strategy would consist of both diplomatic engagement and military deterrence. Each lever provides an effective means of mitigating Iranian threats to U.S. interests in the region.

Engagement would consist of wide-ranging bilateral dialogue with the goal of normalizing diplomatic and economic relations between Washington and Tehran.

That would discourage Iran from adopting belligerent foreign policies, especially if in the future its “peaceful” nuclear program ever grows into a means of manufacturing nuclear weapons.

Perhaps most important, when compared to Iran, the troublesome nuclear powers of the past, such as Mao’s China and Stalin’s Russia, Iran is extremely weak: politically, economically and militarily. That makes Iran deterrable and ripe for wide-ranging bilateral negotiations.

Iran’s weaknesses, however, should not lead us to conclude that it could be easily neutralized with military force. U.S. troubles in Iraq may not even serve as an accurate point of comparison: Iran has three times the population and four times the territory of Iraq, as well as a network of terrorist allies in almost every country in the region — something the secular tyrant Saddam Hussein never had.

In hindsight, attacking Iraq was a policy blunder of the highest magnitude. A similar policy should not be executed with Iran, lest we Americans find ourselves repeating our own mistakes — times ten.