How Europe went from barbarity to civilization over the course of the 20th century. 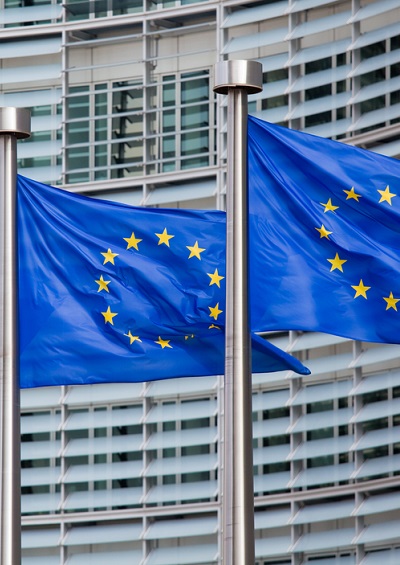 Exactly a century ago, as I write, on June 28, 1914, the Serb nationalist Gavrilo Princip assassinated the Austrian Archduke Franz Ferdinand and his wife Sophie in the streets of Sarajevo.

And yesterday, almost exactly a century later, on June 27th, after a rather messy and contentious EU internal process, the Luxembourger Jean-Claude Junker was nominated President of the European Commission.

He is by many counts a colorless, uninspiring and rather insipid character.

Juncker succeeds the Portuguese José-Manuel Barroso, a man who had already set a high standard for colorlessness, lack of inspiration and insipidness.

What this ultimately shows is something quite remarkable — how far Europe has travelled from barbarity to civilization over the course of this century.

June 28, 1914 precipitated Europe into what the late historian Eric Hobsbawm entitled The Age of Extremes, extreme in the violence of wars (cross-border and civil), in revolutions, in racism and in ideologies.

The “worst” scenario anyone can envisage from the events of June 27, 2014 is that Britain might leave the EU. There will be no war, no violence and no blood.

The distance Europe has travelled was also brought home powerfully with the June 6, 2014 celebrations in Normandy of the D-Day landings 70 years ago.

Angela Merkel was there, as were French, British and German veterans who embraced each other. For anyone with an eye for history, this was highly moving.

Most contemporary Europeans are unfortunately oblivious of the fact that what we have today would have been totally unfathomable in the wildest dreams of the most idealistic “Kantian” European only a few decades ago.

Indeed, May 1, 2014 marked the tenth anniversary of the accession of eight former Soviet satellite states to the European Union – the Czech Republic, Slovakia, Slovenia, Hungary, Poland, Latvia, Estonia and Lithuania. Who could have imagined that?

The Ukrainian crisis has caused a jolt, but it will not jeopardize the European Peace. But its accession agreement with the EU, as well as Georgia’s, both just signed, underscores the attractiveness of belonging to Europe for many, if not all nations in the former Soviet sphere. Given a choice between Russia and Europe, most peoples will opt for Europe.

So if Europe is in decline, as many, including this author, argue, then “welcome, decline.” I am all for it. Whatever happens, and without being complacent, it is reasonable to assume that Europe will be a far, far better place in the 21st century than it was in the 20th.

The frustration of even moderate Euro-idealists, such as me, is that it could be a far better place. Throughout the 19th and much of the 20th centuries, Europe caused havoc, impoverishment and exploitation throughout the planet.

Europe’s influence could be gauged also from the “exportability” of its extremist ideologies, notably communism to China and fascism to Japan.

A century ago, the universal centricity of Europe could be seen by the fact that the shooting of a European royal by a European separatist could spark a world war.

Though much of the fighting occurred in Europe, some 30 countries were involved from all continents, not to mention European colonies in Africa and Asia that were dragged in.

While Europe was causing or threatening havoc, back then it was globally central.

This continued well after World War II in that the “cold war” was fundamentally about the control of Europe in the rivalry between the two superpowers, even though some of the “hot wars” were fought elsewhere, mainly in Asia (Korea and Vietnam).

The doldrums of peace

While some Europeans may be players in the World Cup, there are very few, if any, Europeans on the global stage.

Now, at long, long last, Europe has become a global model – certainly compared to the past. We Europeans have become globally irrelevant as we bask in the mediocrity of our EU commission and European national (did anyone say “François Hollande”?) leaders.

We Europeans probably have the leaders we deserve. The world would be entitled to believe we could have done better!

A century ago, an assertive and bellicose Europe caused fears and tremors across the planet.

Europe has traveled from barbarity to civilization over the course of the 20th century.

The world would be right to believe Europe could have found better leaders.

Much like Juncker, the European Commission’s new head, modern Europe can feel colorless, uninspiring and insipid.

A century ago today, Europe would prepare for war. Today, Europeans figure out what to make of peace.

A century ago, an assertive and bellicose Europe caused fears and tremors across the planet.

Europe has traveled from barbarity to civilization over the course of the 20th century.

The world would be right to believe Europe could have found better leaders.

Much like Juncker, the European Commission’s new head, modern Europe can feel colorless, uninspiring and insipid.

A century ago today, Europe would prepare for war. Today, Europeans figure out what to make of peace.