From Ferguson to Baltimore (Via Manassas)

Reflections on the militarization of the U.S. police. 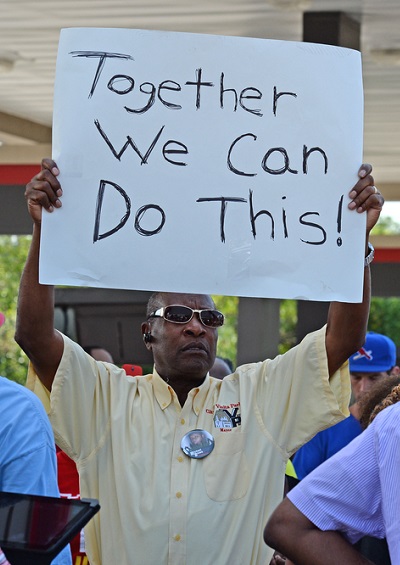 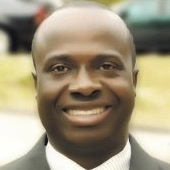 Jacob Conteh is a research and writing consultant. He grew up in a farm in central Sierra Leone, before immigrating to the United States in 1987.

One may wonder why incidents of police killings have mushroomed over the past few decades and whether there is anything anyone can do to stop them. At the heart of the matter is the way police perceive blacks and the militarization of the U.S. police force.

As widely reported, police departments around the country, including that of Ferguson, have been receiving military equipment from the Pentagon as surplus materials from the wars in Iraq and Afghanistan. At Ferguson, police had military gear to fight mostly peaceful protestors and that escalated the tension.

The main problem, however, lies with the way police perceive blacks, teens and other vulnerable groups, and the way they deal with those groups.

When police have more power than they should

A few years ago, I had a dispute with my teen daughter and took her cell phone away. As she screamed in her room, a neighbor in my quiet community in Prince William County, Virginia, called the police.

What happened next underlines what goes wrong when police assume more power than they are supposed to have.

A heavily-armed white police officer stormed my house as I sat at the dining table. Once he got in, after briefly speaking with my daughter, he arrested me and — to the consternation of my two young children — cuffed me and walked me to his car parked in another street.

For the next two hours, a total stranger was in my house with my three minor kids interviewing them and searching my house while I sat in a steaming police car.

After what seemed decades, the police finally came to the car, removed my cuffs and took me back to the house. He told me my two younger kids had written statements of what happened and that he was going to let me go.

In counties like Prince William in Virginia, the police sometimes act like Marines fighting a war overseas. In fact, many of the police in Prince William, like other jurisdictions around the country, are ex-military who do little policing and more military-style law enforcement.

One only needs to visit the Prince William County courthouse in Manassas to see these proud police officers in their uniforms spending more time in court than they do in the street.

In one of the most hilarious cases I have ever watched, I was in traffic court to support a friend when an elderly black man stood up to defend himself. A female white officer had arrested him on his porch for “public” drinking.

Since she had apparently misunderstood what public drinking means, the judge dismissed the case, to the dismay of the officer.

How to earn respect

As a parent of a young black man, I worry constantly that he could face the fate of Freddie Gray, Michael Brown, Trayvon Martin or the countless other black kids that have died at the hands of the police and vigilantes.

No amount of protests can change the psyche of a force that feels it has all the power to do what it wants. However, police do not have to be brutal and overreaching to earn respect.

For 17 years, I lived in Alexandria, Virginia, just outside of Washington, D.C. There, the police are trained to be part of the community. The west end, where I lived, is a microcosm of people from all parts of the world.

The police have set up satellite offices in these neighborhoods. They also walk and greet people and build relationships with them. With that personal touch, I never experienced any police brutality in Alexandria.

If America is to earn respect around the world for the way it treats its citizens, especially blacks, it has to do a complete overhaul and reform of its police forces.

The police have to be trained to respect ordinary citizens and treat them like humans. Perhaps, that training can start with stopping the Defense Department’s supply of dangerous weapons to the police and urging police academies to train officers about civil rights.

That is a tall order.

The main problem lies in the way police perceive blacks, teens and other vulnerable groups.

No amount of protests can change the psyche of a force that feels it has all the power to do what it wants.

Jacob Conteh is a research and writing consultant. He grew up in a farm in central Sierra Leone, before immigrating to the United States in 1987.

The main problem lies in the way police perceive blacks, teens and other vulnerable groups.

No amount of protests can change the psyche of a force that feels it has all the power to do what it wants.

Greece: Caught Between Nero and Catharsis