From "Rogues" to "Outliers"

Can Iran and North Korea change their behavior absent a change in the character of their regimes?

Can Iran and North Korea change their behavior absent a change in the character of their regimes? 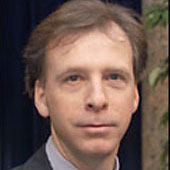 President Obama recently characterized Iran and North Korea as “outliers,” abandoning the Bush-era moniker “rogue states.” This shift in diplomatic language underscores the administration’s yearlong strategy of engagement, which hardliners have already written off as a failure.

The core question dividing the administration and its critics is: Can such states change their behavior absent a change in the character of their regimes? Taking an affirmative stance, President Obama has offered the “outliers” a way in from the cold if they play by the rules.

The term “rogue state” entered the U.S. foreign policy lexicon in the wake of the first Gulf War under the first President Bush. Saddam Hussein’s Iraq was the archetype. But the concept had no standing in international law.

Worse, it sharply confined the political space for pragmatic negotiations with “rogues” like Iran and North Korea. They were deemed “beyond the pale.” Recognizing that the term had become a policy straitjacket, the Clinton Administration quietly dropped it.

Rogue state rhetoric returned with a vengeance after 9/11. The Bush Administration explicitly argued that changing merely the behavior of “rogue states” was not possible because the threatening behavior derived from their very nature.

The nightmare scenario of a rogue state either using or handing off a nuclear weapon to a terrorist group drove the debate leading up to the Iraq war. After the toppling of the Saddam Hussein regime, a senior administration official said that the message for Iran was, “Take a number.”

But with Iran and North Korea, the Bush Administration was unable to replicate the Iraq model of coercive regime change. And it was sharply divided over “negotiating with evil,” as Vice President Cheney put it.

The administration never clarified whether it would be willing to take yes for an answer from these states. It sent out a consistently mixed message as to whether its objective was regime change or behavior change, and, in the end, it achieved neither.

North Korea tested a nuclear weapon, while Iran under the radical Ahmadinejad crossed an important threshold for bomb-making through its mastery of uranium enrichment.

President Obama inherited a bad hand with no good options. In his inaugural address, he offered “to extend [those states] a hand if you are willing to unclench your fist.” But a year into his administration’s strategy of diplomatic engagement, the fists in Tehran and Pyongyang remain clenched.

The administration’s hard-line critics have now inverted the Bush-era question: Will Obama ever be willing to take no for an answer? That criticism has fueled renewed focus on the alternative to diplomacy: Regime change — in Iran, through a civil society uprising and in North Korea, through economic collapse or the incapacitation of Kim Jong Il.

But with regime change not a near-term prospect in either country, U.S. policymakers can’t defer the nuclear issue. The Obama engagement strategy, with its focus on behavior change rather than regime change, has created a necessary, but not sufficient, condition for success. That success depends on what others will do.

By framing the issue in terms of “outlier” behavior that contravenes international norms, the Obama Administration is better positioned to get others to mount meaningful multilateral pressure on Iran and North Korea.

Russia and China, in particular, must decide whether their past grievances and pique with Washington, as well as their economic interests, will trump their interests in preventing the rise of additional nuclear weapon states right on their periphery.

The Obama strategy has also already begun to shift the onus back to Tehran and Pyongyang. Those regimes now confront a choice between isolation and rejoining the international community.

That they have balked at negotiations should be no surprise since their leaderships view the very process of integration into the international community as an indirect threat to regime survival.

In responding to the no’s from Iran and North Korea, the Obama Administration is drawing on the strategic playbook from an earlier era that yielded a historic success.

At the outset of the Cold War, diplomat George Kennan wrote that the Soviet system “bears within it the seeds of its own decay” and argued for a strategy of “long-term, patient but firm and vigilant containment.”

Echoing Kennan, Obama has said that these regimes are on “the wrong side of history.” His retooled strategy of containment rests heavily on deterrence and on internal forces as the agents of long-term societal change.

All the while, the strategy importantly leaves his administration unconstrained to advance American interests through pragmatic engagement with these “outliers.”

Tehran and Pyongyang now confront a choice between isolation and rejoining the international community.

Their leaderships view the very process of integration into the international community as an indirect threat to regime survival.

The Obama engagement strategy focuses on behavior change rather than regime change.

Tehran and Pyongyang now confront a choice between isolation and rejoining the international community.

Their leaderships view the very process of integration into the international community as an indirect threat to regime survival.

The Obama engagement strategy focuses on behavior change rather than regime change.

The Coming of the Third Industrial Revolution