Germany: The Reluctant Leader of the New Europe

Germany’s nuanced role as the new leader of Europe. 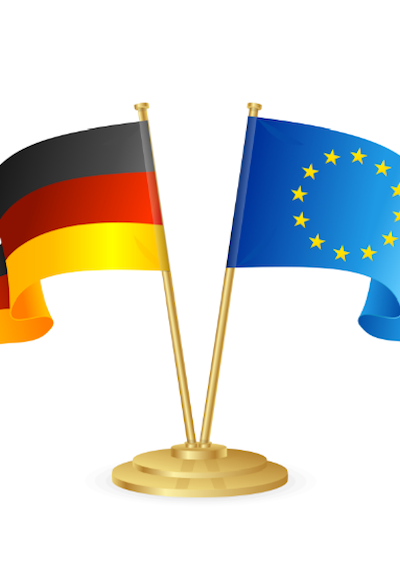 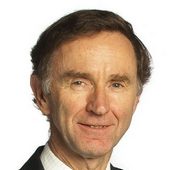 Former Minister for Trade and Investment in the United Kingdom.

Identity is always a composite. It can have many elements: Geography, history, culture, language, common interests and the way societies govern themselves. No single element is necessary to it – and no single element is sufficient for it.

Sometimes, these sources of identity can be problematic, but they cannot be avoided. For Germany in particular, history has seemed overwhelmingly to be the history of the Third Reich. To this day, its history is its trauma.

And yet the truth is that Germany is slowly but surely becoming more comfortable in its skin. One clear indication of that is the result of a well-known index of “national brands.” For several years now, Germany has ranked first amongst the Europeans, coming in second only to the United States.

Various factors have played their part in this seemingly surprising result. Among them are the success of the economy and the image of German technical excellence.

We can also add to that list admiration in countries such as China for all things German, the stature in Europe and beyond of Angela Merkel, success in the World Cup in 2006 and now again in 2014, as well as the vibrancy of the new European crossroads that is Berlin.

It is this Germany which is now inevitably playing the central role in the unique phenomenon which is the European Union.

The return of the Holy Roman Empire

What this new Europe demands of its member nations is a readiness to enfold and embrace various specific identities – local, national, European – without demoting or cancelling any of them.

And the history of Germany – not the history of the Third Reich, but its deeper history – is of the loose, centuries–old grouping of German lands in the Holy Roman Empire. This longstanding German experience of layered and overlapping identities is remarkably well attuned to the realities of the new Europe.

It is this Germany which is the geographic center – and reluctant leader – of the new Europe.

But Germany now finds itself heading up a project which is at one level an economic and monetary framework, but at another level has existential implications for the German self-awareness in the 21st century.

Its consequences will be as profound and enduring as those of reunification or of the establishment of the new Federal Republic in 1949.

These consequences have not yet been fully worked out. The fact of the matter is that Germany was strengthened by the eurozone, France was weakened by it and the British excluded themselves from it.

As principal paymaster, Germany has found itself increasingly in the role of leader of the Eurozone. This in turn has meant an increasingly dominant role in the European Union as a whole.

The introduction of the euro in the late 1990s was a technical success. But the euro has also become the source of profound German (and other European) angst, due to the huge strains placed on it in the worst financial and economic crisis since the Great Depression.

Still, what is quite remarkable is that every new crisis in the Eurozone has seen the members, led increasingly openly by Germany, grope towards a new degree of integration to make the zone more and more of a stable economic whole, subject to coherent fiscal and financial policy.

Many observers have seen this as drift rather than the pursuit of a clear strategy – with each stage being cobbled together amateurishly like the crew of a leaking ship doing repairs in rough seas.

Yet, this easy criticism is to misjudge what is afoot. There is no turning back from this journey. From a technical point of view, the increasing integration of the Eurozone is almost certainly a one–way street.

Even more fundamentally, for Germany it would be existentially impossible to withdraw from a project whose collapse would unravel the whole tissue of European integration which has been woven since 1949.

The trials of continental leadership

There is an inevitable price to pay for this: Painful adjustments in weaker economies and financial support from the stronger ones – both of which are of course deeply unpopular.

But the odds are that this price will be paid because there is neither a practical nor an existential alternative. And the strongest country will be the reluctant leader on this journey – a journey which will change Germany forever.

Germany’s leadership is exactly that – reluctant, not sought after, let alone seized on. It is the leadership of a country firmly embedded in this new European union of nations, playing a role thrust on it by economics, not by any sense of political destiny.

This reluctant leadership is a million miles from the sort of dominance the Second and Third Reichs sought in the Europe of the decades leading up to 1945.

It is reluctant partly because ordinary Germans understandably resent being the paymaster. At a deeper level, though, the German psyche remains deeply sensitive about anything which stirs memories of leadership as exercised by the Third Reich.

The whole experience of Stunde Null – zero hour, the moment when it had to pick up the pieces again after the physical and moral catastrophe that was the Third Reich – has left Germans with a deep aversion to any nationally assertive understanding of identity.

It is therefore a leadership largely limited to the political economy. At least up until the crisis in the Ukraine, Germany has shown no readiness to play any strategic role in the world of foreign affairs of the kind both the British and the French have taken for granted.

Nevertheless, the fact is that German leadership is becoming more and more evident in the governance of Europe and above all in its macroeconomic management.

The shift of the center of gravity in Europe is now clear for all to see. It is a shift which is difficult for France and challenging for Britain. France has been used to the political domination of the European project ever since the start, but is now losing this position.

Meanwhile, Britain would be widely welcomed – not just by a Germany which is distinctly uncomfortable with leadership – as a force for the reform and openness that everyone knows is needed. But the tragedy is that Britain has been too ambivalent about its European commitment to take on this role effectively.

The implications of this journey for the Union – and for all the key European states – are of course profound.

France and the UK will struggle with this evolving Europe. Germany will find the implications easier to accept, although no less profound. Germany is much more ready to see identity in terms of such a wider reality than either the impatiently pragmatic British or the Cartesian French are prepared to do.

Struggling with the past

Germany, the very nation in Europe that struggled so much with its past and its identity after 1945, is coming to terms with itself. This did not happen overnight: it has been a long, painstaking process of soul searching.

For some it will never be complete: and maybe it never can be. (Yet it is surely an example to others – including other Europeans, such as the British and the French, who have their own historical sins to atone for.)

But we need to remember this: The prospect of gradual coalescence into a wider European identity is much less psychologically daunting for Germans than it is for the French or the British.

The whole lesson of German history over a thousand years is that its identity is tied only loosely to its polity. That makes it well-prepared for today’s Europe – and the world.

Editor’s note: The above text is adapted from Reluctant Meister: How Germany’s Past is Shaping Its European Future by Stephen Green, Haus Publishing (December 15, 2014)

Germany’s European leadership has been thrust upon it by economics, not a desire to dominate.

German leadership is becoming more evident in the governance of Europe and above all in macroeconomic management.

Germany’s leadership is reluctant, not sought after. It is the leadership of a country firmly embedded in this new European union of nations.

Germany's new role is thrust on it by economics, not by any sense of political destiny.

Truly embracing European identity is much less psychologically daunting for Germans than it is for the French or the British.

Former Minister for Trade and Investment in the United Kingdom.

Germany’s European leadership has been thrust upon it by economics, not a desire to dominate.

German leadership is becoming more evident in the governance of Europe and above all in macroeconomic management.

Germany’s leadership is reluctant, not sought after. It is the leadership of a country firmly embedded in this new European union of nations.

Germany's new role is thrust on it by economics, not by any sense of political destiny.

Truly embracing European identity is much less psychologically daunting for Germans than it is for the French or the British.