Will Austin’s growth sustain or demolish its fabled culture? 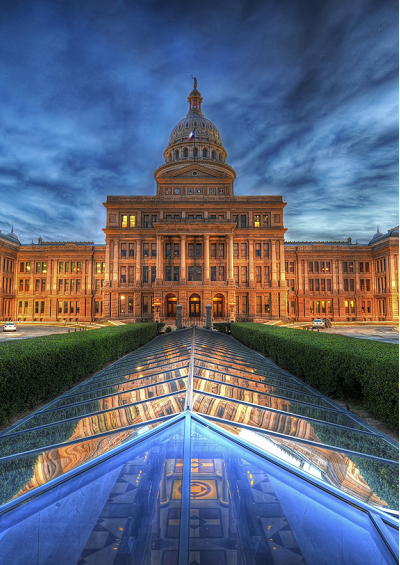 Richard Parker is an author and award-winning journalist who writes primarily about the forces of economic, political and social change.

Austin was once a laconic state capital, home to a part-time legislature, a quiet bureaucracy, a creative music scene and one very loud state university — The University of Texas at Austin.

No longer. Dust and noise fill the air. Soon, more than 2,000 new apartment units and eight new hotels will soar into the sky over what was once the modest skyline of what was, only recently, a mid-sized American city.

While saying that life in Austin was once a simple life may be an oversimplification, it is not a gross one. And the simple pleasures did abound. Such as swimming at Barton Springs in the cool, clear water that emerges from the Edwards Aquifer at the rate of over 30 million gallons a day.

Or watching the Longhorns play football on fall Saturdays. Music on South Congress and, if you are old enough, drinking on East 6th Street.

Also consider the relentless search for the best breakfast tacos, a subject of endless discussion, debate and friendly suggestion, much like the discussion surrounding the quality of the margaritas at say, Guero’s or, better, Fonda San Miguel.

Still the smallest of the big cities in Texas, Austin is the most interesting city. What other Texas city counts among its major events a parade in honor of a character in Winnie the Pooh? Not Dallas.

What also makes Austin interesting is its growth and whether that growth will sustain — or demolish — the city’s fabled culture of acceptance, creativity and playfulness.

What about qualitative indicators? On average, there are more high school graduates in Austin than the nationwide average — and there are a lot more college graduates here than in the rest of the country, nearly 50% more. Many clutch freshly minted diplomas.

One in 10 Austinites lived somewhere else only a year ago. Houston and Dallas receive more people but Austin receives, given its size, disproportionately more.

Austin’s highly-educated workforce — remember half the workforce has a college degree — is on course to create an economy growing at the clip of 3.6% per year, a rate seen only in the roaring emerging economies and increasingly in the frontier markets around the world — but nowhere among the world’s established economies.

Service jobs, ranging from lawyers to accountants to bartenders and everything-in-between, will make up 354,540 of the 558,100 jobs projected to be created in Austin in the coming decades.

A technology economy, based first on hardware and then on software, matured in the Silicon Hills of Austin and has dwarfed computer-maker Dell, which is based in suburban Round Rock.

Famously founded in a dorm room at the University of Texas, Dell went from public to private. In addition, Facebook, Google, Apple, IBM, Samsung and others are all in Austin now.

Austin is already a big American city. Whether it becomes a great one will rely, at least in part, on how it manages its most essential asset, its youth.

What is authentic Austin — and can it survive?

Among those who can afford to indulge in such debates after dinner or at a coffee house, there remains a tension about whether some authentic Austin will survive the onslaught of growth, change and, invariably, transformation.

What was authentic, of course, was up for grabs. Hardly anybody who lives in Austin is actually from here anymore. The closest you can get is someone who went to the University of Texas and stayed.

Real natives are around, but they are nearly as rare as the endangered salamanders. And everyone is particularly suspicious of the Californians. They “ruined” Arizona, after all.

“It’s clear that they’re [Californians] drawn to the same things everyone is drawn to in Austin, the quality of life aspect, the vibrant, funky, food truck culture and music scene. It’s almost tribal that you have these like-minded people here and there,” said Randall Lewis, a professor at the University of Texas at Austin.

“We’re kind of the new California, California in the 1960’s, a place where you could start over, where the weather was good, where social mores were inclusive. I feel like we’ve got that going on.”

A mecca for the young

And the young, well, they just keep on coming. Individuals, couples and young families alike. They had all heard good things about Austin — plenty of fun, plenty of jobs and plenty of comparatively cheap housing.

I met an ex-Marine who moved here sight unseen, a freshly minted graduate of the University of Washington, even a couple who had left Hawaii to come to Texas.

In 2009, Holly Regan announced to her friends in Seattle that she was leaving for Texas. They immediately jeered at the prospect of living, as she put it, “among a bunch of cowboys and Republicans.”

Nevertheless, at the age of 25, she took an extended road trip across the American West and down into the Texas Panhandle. She gazed at the empty landscape, appalled, and wondered quite what she had done. Arriving in August, she endured a withering string of 110-degree days. She said, “It was miserable.”

But quickly, the city grew on her. People were friendly. There was always a festival, a concert or a bar. There was the omnipresent crowd of other young people who were “liberal, open-minded and approachable,” she said. “It was Never Never Land.”

Still the smallest of the big cities in Texas, Austin is the most interesting.

A technology economy, based first on hardware and then on software, has matured in the Silicon Hills of Austin.

Richard Parker is an author and award-winning journalist who writes primarily about the forces of economic, political and social change.

Still the smallest of the big cities in Texas, Austin is the most interesting.

A technology economy, based first on hardware and then on software, has matured in the Silicon Hills of Austin.

May 8, 1945: Beyond the Unconditional Surrender of German Forces