Opinion polls are projecting a victory for the left at the coming Greek election. 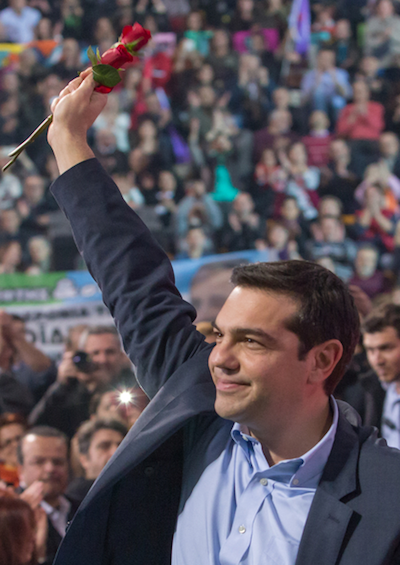 Opinion polls project a clear victory for the “coalition of the radical left” at the Greek election on January 25, with some chance that Syriza may not even need a coalition partner.

Charismatic left-wing firebrands can, once in power, learn fast and pursue mostly sensible policies. To some extent, left-wingers can explain the need for a bitter medicine to their fellow left-wingers better than anybody else could. Former Brazilian president Luiz Inacio “Lula” da Silva is a case in point.

If Tsipras bows to reality, sticks to the fiscal prudence of the Samaras government, keeps in place the bulk of the pro-growth reforms beyond some token steps and accepts the steps on which the troika will insist to successfully conclude the final review of the current support program, he will be offered a generous follow-up deal of the kind which Samaras would get if re-elected.

The fiscal losses resulting from a temporary growth pause amid political uncertainty could be accommodated in such a follow-up program. Greece would by and large remain on track.

The reality shock tears Syriza asunder within six months as its factions cannot agree whether to ditch the euro or abandon their economic policies. Forming a government can be easy. But it will take time for Syriza to realize how limited its options are.

With the economy in a weaker starting position than it was when Samaras and the troika failed to strike a deal in early December 2014, the IMF may well ask Greece to plug a gap of €3 billion in the 2015 budget rather than allowing any leeway for extra spending or reform reversals.

Whether Tsipras could get Syriza’s vocal left-wing to vote for such extra austerity, even if he wanted to, is a very open question. If the coalition of the radical left fell apart, Tsipras may lack the votes to form a government between a rump-Syriza and Potami plus Pasok.

After a brief interlude, new elections could usher in a more moderate government after Syriza has foundered on the rock of reality. The Greek economy would recover shortly after such new elections from the troubles of the interim period.

Scenario 3: Default within the euro

Unable to agree with the troika on the conditions of the disbursement of the final €7.2 billion official support payment under the old program and hence not eligible for any concessions in a follow-up program, Syriza decides to default on its external creditors.

Unable to borrow from anybody, it would have to balance its primary budget in the midst of a new recession and financial turmoil. The key issue would be how Greece could get the ECB to still accept Greek collateral for refinancing operations and backstop Greek banks.

That would be extremely difficult even if Greece exempted bonds held at the ECB from a default. Greece would likely fall into a serious recession.

Falling out with its official creditors and unable to secure any ECB support for its banks upon booting out the troika, Greece prints the money it can no longer borrow, blaming it all on supposedly evil creditors. The result of a Greek euro exit (Grexit) would likely be a deep recession and political unrest.

No longer subject to any outside constraint and in a charged atmosphere, Greece may undo many of its previous supply-side reforms, turning itself into a Venezuela without oil or an Argentina without the beef.

The damage to supply would more than outweigh any short-term boost to demand from unconstrained Greek money printing and the plunge of a new national currency.

Like former Brazilian president “Lula” da Silva, Alexis Tsipras could be the voice needed in Greece.

A Tsipras victory could leave Greece on track for recovery. Probability: 50%.

A failed coalition of the left could see Tsipras stumble and fall after six months. Probability: 10%.

Following the upcoming elections, Greece may be forced to default on the its external creditors. Probability: 10%.

Like former Brazilian president “Lula” da Silva, Alexis Tsipras could be the voice needed in Greece.

A Tsipras victory could leave Greece on track for recovery. Probability: 50%.

A failed coalition of the left could see Tsipras stumble and fall after six months. Probability: 10%.

Following the upcoming elections, Greece may be forced to default on the its external creditors. Probability: 10%.

7 Facts: Billionaires Vs. the Rest of Us