Greece’s Date With the Taxman

Can Greece stamp out rampant tax evasion — and improve its government’s fiscal position?

Can Greece stamp out rampant tax evasion — and improve its government's fiscal position? 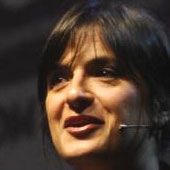 Tax evasion in Greece is rife. In fact, it can be described as an epidemic, particularly in small businesses that handle cash. But is tax evasion the same as it is in the United States or in other countries? Is it that Greeks are born with an Al Capone gene?

No. The real culprit is an institutionalized, broken system and inefficient management of the public sector and the overall revenue system.


Part I – Greece’s Date With the Taxman

This results in poor quality of services in Greece, which in turn means there is a mismatch as regards money collected from taxes and public sector services. It’s a rift that is becoming wider and wider.

Greece’s shadow economy (i.e., unreported income) is about 25% of the country’s gross domestic product. More than 30% of income taxes are uncollected.

Tax morale has fallen because there is little or no trust in the state. Greeks have no shortage of reasons for cheating on their income taxes: payback for government waste and the perception that cheating the taxman is not a serious crime.

What’s worse, the government becomes more indebted in order to be able to provide services — bad services — to taxpayers. These bad services, however, only serve to dampen people’s appetite to pay taxes further.

This cynicism, however, is not just evident among the taxpayers. It has also taken over those who manage the tax system.

There has been a significant lack of control within the formal system that would somehow engage collusion of those who manage the system and the actual payers.

This, in a nutshell, has been the unfortunate outcome of Greece’s tax administration system. It is not because Greeks are inherently bad and hate taxes. It’s rather that there has not been any euro-to-euro reciprocity.

Tax collection in Greece is much like a modern Sisyphus — endlessly pushing his enormous boulder uphill. Unrealistic targets and strategies pitting citizen against the state, have led to corners being cut.

It also means Greece gets into more crisis and even greater economic disarray as it has to borrow more money to meet the demands.

All the while, the taxation system remains so convoluted that the discontent grows further. In the end, it’s every man for him self. The thinking is: “I don’t care about anyone else. I only care about myself.”

And all the while, we have large-scale tax evaders owing millions of euros in taxes who are getting off with a 10,000 euro fine.

News of such a system has obviously outraged taxpayers. They’ve become angry at a system they cannot change. In the end, it has sapped the country’s energy.

We in the Greek government are in the process of reforming the system. We are changing it and fighting the cynicism. Greece will no longer tolerate tax evasion.

It’s made this very clear. A zero tolerance for tax evasion is finally being translated into a formal and institutional structure. Our message is clear: pay your taxes or go to jail.

The same ultimatum applies to the revenue collectors caught helping someone to avoid paying taxes or manipulating the numbers.

To crackdown on tax evasion, we have created a much needed system of controls. There are now internal controls, external controls and controls from the citizen — the taxpayer. We have engaged referees on all sides of this system.

And while this will probably be one of Greece’s most difficult reforms to implement, the chances of success are strong.

We have already achieved a wide cross-party consensus in Parliament. The new tax reforms received unanimous support from MPs of the majority PASOK party, which has welcomed a tougher stance against tax evasion.

Even opposition lawmakers voted for nearly every single article of the new law, demonstrating an unprecedented degree of political convergence.

Never before has Greece been so serious about tax collection. And we do mean business. The authorities are even turning to unprecedented methods, using satellites to locate undeclared swimming pools — taxed as luxury items.

The unreported income of doctors and lawyers has also come under mounting scrutiny — more than ever before.

A complete turnaround is well within reach.

Tax collection in Greece is much like a modern Sisyphus — endlessly pushing his enormous boulder uphill.

We have large-scale tax evaders owing millions of euros in taxes who are getting off with a 10,000 euro fine.

Never before has Greece been so serious about tax collection. And we do mean business.

Tax collection in Greece is much like a modern Sisyphus — endlessly pushing his enormous boulder uphill.

We have large-scale tax evaders owing millions of euros in taxes who are getting off with a 10,000 euro fine.

Never before has Greece been so serious about tax collection. And we do mean business.

From “Made in the USA” to “Made in China”