Two sides of a deadly coin. 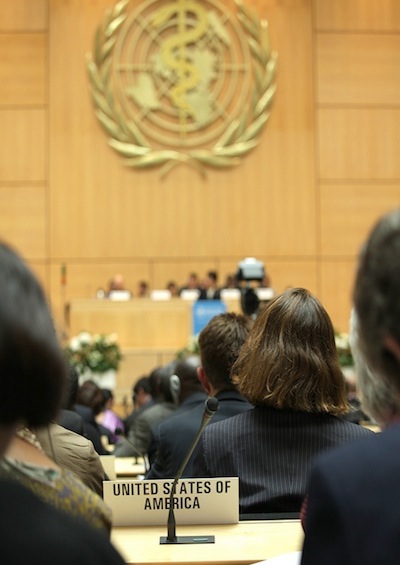 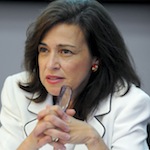 Tara Sonenshine was the former U.S. Under Secretary of State for Public Diplomacy and Public Affairs from April 2012-July 2013.

If there is one issue with the potential to transcend borders and reduce global strife, it is health.

Disease strikes regardless of where you live, what faith you practice, your ideology or gender.

The randomness with which illness takes lives around the world should ensure that health is the one place where everyone wants to work together. But health, like everything else, can become politicized in the wrong hands.

Health can be a reason to reach out to others, in the common stead of humanity, or a new arena for conflict. A health crisis can be the moment when global actors rise to the occasion and beat back disaster or another excuse for inaction…or worse, bad action.

Look at the past few months for both positive and negative health developments.

An Ebola virus is running rampant through parts of Africa, leaving thousands of people sick or dead. This is a crisis. We are now in the middle of a massive epidemic.  It is also an opportunity — the chance for international power to have positive sway.

A slow and ineffective response

The spread of Ebola is the moment when health diplomacy could have its finest moment.  Yet more than six months into the worst Ebola outbreak in history, international cooperation is lacking. At a time when the international community has pledged to lift African countries out of poverty and poor education, the response to a massive disease has been slow and ineffective.

The World Health Organization is scrambling to put together task forces and train experts.  The World Bank is rushing to set up a system to track funds and organize distribution channels. The international non-governmental organization, Doctors Without Borders, the only seemingly effective responders, is overwhelmed with cases.

The Ebola story could and should become the opportunity to rally nations around a common problem, but it is taking longer than necessary to see the health diplomacy working.

Meanwhile, in other parts of the world, disease is lurking in a way we have trouble imagining. At the same time that the world is facing an Ebola crisis, other international conflicts are flaring up that could cause sickness and death.

ISIS terrorists are marching throughout the Middle East spreading a dangerous disease called terrorism. Traditional terrorism, when combined with dangerous pathogens, can create the perfect storm if human actors — bad actors — see the potential of using viruses and pathogens as weapons of war.

Causing sickness can be a deliberate act

Last week a federal air marshal was stabbed with a syringe at an airport in Lagos, Nigeria.  The notion that a toxic virus might purposefully infect a human being is an example of science fiction reaching a new level of terror.  But it is not beyond the realm of possibility.

Back in April, a toxic chemical, likely chlorine, was used as a weapon to attack Syrian villages.  According to the Organization for the Prohibition of Chemical Weapons, the chemical could cause a medical disaster much as mustard gas, nerve agents and other substances cause sickness and death.

The notion of toxic substances unleashed to cause fear, terror and disease is not new. We all remember the sarin nerve gas attack on the Tokyo subway in 1995 and we have lived with anthrax and other threats.  But what continues to make this problem worse is the decline of the power of governments and the continued rise of non-state actors—individuals with bad intentions — determining global affairs.

That’s where global health diplomacy comes in. Global health diplomacy needs both to be offensive and defensive — preventive and responsive.  We can rally international experts to eradicate disease and advance security.  (We’ve seen it work in cases like AIDS relief or the eradication of polio.  Both required international cooperation and resources.)

Global health diplomacy is also important for countering health threats that could lead to pandemics. We must ensure that vaccines and bacteria are used to fight disease, not to infect individuals. Disease, whether naturally caused or intentionally caused, is a common enemy.

As we look ahead to the remaining months of 2014 and the new agenda for 2015, let’s put global health diplomacy higher on the priority list.  We need to be prepared for disasters brought about by human beings and to solve health problems that strike human beings.  That is a worthy mission.

The spread of Ebola is when health diplomacy could have its finest moment. Yet international cooperation is lacking.

Health can be a reason to reach out to others, in the common stead of humanity, or a new arena for conflict.

Health, like everything else, can become politicized in the wrong hands.

Tara Sonenshine was the former U.S. Under Secretary of State for Public Diplomacy and Public Affairs from April 2012-July 2013.

The spread of Ebola is when health diplomacy could have its finest moment. Yet international cooperation is lacking.

Health can be a reason to reach out to others, in the common stead of humanity, or a new arena for conflict.

Health, like everything else, can become politicized in the wrong hands.