How Grexit Could Happen: Referendum or No Referendum?

How do you exit the euro? It has never been done before. 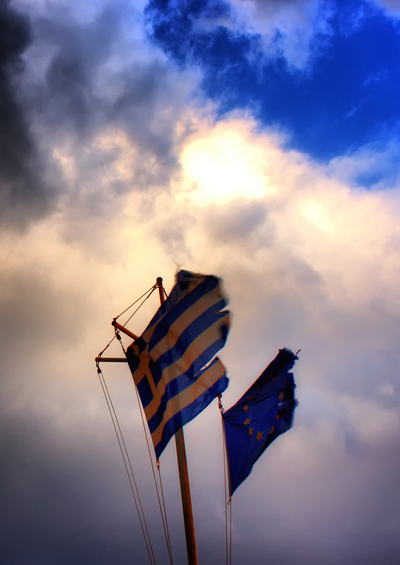 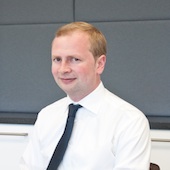 In theory, a Greek euro exit could happen by “stealth.”

As the government runs out of money to pay its day-to-day bills, wages and salaries, it may decide to issue IOUs. To persuade people to accept them instead of euros, the government would have to give them a value by, for example, accepting them to settle tax bills.

That would effectively make them a parallel legal tender and thus the nucleus of a new currency: “drachmas.”

However, Grexit by stealth is unlikely. A euro exit would be an extremely important political decision. There are two scenarios for this.

Scenario 1: A simple vote in parliament

The Tsipras government rejects the Eurozone’s offer for help. After a vote in parliament, where Syriza and ANEL have a comfortable majority of 162 to 138, Mr. Tsipras orders severe capital controls and tells the Greek central bank to print drachmas to fund Syriza’s pre-election promises.

While the country’s banking system is closed, Greece would convert deposits and loans into drachmas and stamp euro notes. After a few days, banks would re-open.

This option has a legitimacy problem, however. Euro exit was not part of Mr. Tsipras’s pre-election promises and polls give him no mandate for it.

Some of the Syriza parliamentarians might not follow Mr. Tsipras in parliament. Instead, they might support the pro-European opposition of the New Democracy, Pasok and Potami parties in a constructive vote of no-confidence.

Such a move could result in removing the Tsipras administration and installing a new pro-European government of national unity. Mr. Tsipras may not survive a unilateral attempt to take Greece out of the euro politically.

A referendum might be a clean way to decide. Greece has not held a referendum in 40 years, but parliament could call one with a simple majority and hold it within 30 days.

However, by the time the referendum is actually held, all euros might have left Greece already. To prevent that, severe capital controls would need to be imposed. The entire economy would be running on empty or, effectively, barter trade during that period.

That would give voters a taste of what is to come. It may potentially help to persuade Greece to stay. In addition, a rational expectation is that the Eurozone will offer just enough face-saving compromises to sway the referendum.

However, we cannot exclude the risk that the disappointment in Greece over the perceived lack of flexibility prompts Greeks to take the risk of plunging into the unchartered waters of euro exit.

Once the Grexit decision has been taken, Greece would need to come through the inevitable collapse of its financial system and restore it as quickly as possible.

Ahead of the forced conversion, capital flight would intensify. The reported decline in Greek deposits by €21 billion since the beginning of December would just be the beginning, if Grexit were to become an even bigger threat.

The Greek banking system would have to be closed down for some time until deposits and loans are redenominated as drachmas. Domestic euro bank notes might be stamped “drachma,” Greek euro coins may become drachma coins. It would probably take months to print and coin the new currency.

The forced conversion is likely to bankrupt many Greek companies and banks due to an asset-liability mismatch, i.e., those with large domestic assets but external loans.

Normal bankruptcy law would apply to resolve most cases and leave creditors with significant losses. Some of the collateral, such as buildings and machines, may be sold to satisfy the creditors. This might erode Greece’s productive capital further.

As virtually all government debt is also under foreign law, the government would have to declare bankruptcy and would be unable to help companies and banks with their euro liabilities.

A major risk could be long-lasting legal proceedings, making it difficult to find buyers for companies as these businesses might face future legal challenges.

Uncertainty on the horizon

The government itself might face years of legal uncertainty, which would weigh heavily on prospects for a return to capital markets, as the example of Argentina shows.

Even if the financial system is managed as well as possible under the circumstances, the cash drought and capital controls would likely set off a sharp recession in Greece. GDP may decline by another 5-10%.

The economy might be particularly severely hit if Grexit and the economic chaos coincide with the beginning of the summer holiday season, which would probably lead to large numbers of cancellations from tourists.

A major pitfall for a “smooth” Greek euro exit could be that it also entails forced exit from the EU and thus the world’s largest internal market.

In that case, Greece would also forgo the EU cohesion and rural development funds, which would amount to a loss of €20bn (equal to on average 1% of GDP per year) in 2014-20 period.

The EU may find ways to keep Greece in, for instance by negotiating re-accession to the EU after a “logical second” during euro exit.

However, the process might be tricky, since it involves not just the Eurozone, but the EU as a whole. Some countries, such as the UK, may exploit the opportunity to further their own agendas. Grexit could open the Pandora’s Box of treaty renegotiation.

Euro exit was not part of Mr. Tsipras’s pre-election promises and polls give him no mandate for it.

Greece has not held a referendum in 40 years, but Syriza could call one and hold it within 30 days. #Grexit

All euros could flee Greece before a referendum is held. Would this mean a return to barter and trade?

Grexit could open the Pandora ’s Box of treaty renegotiation.

Euro exit was not part of Mr. Tsipras’s pre-election promises and polls give him no mandate for it.

Greece has not held a referendum in 40 years, but Syriza could call one and hold it within 30 days. #Grexit

All euros could flee Greece before a referendum is held. Would this mean a return to barter and trade?

Grexit could open the Pandora ’s Box of treaty renegotiation.

10 Facts on Modern Slavery in Mexico and Haiti